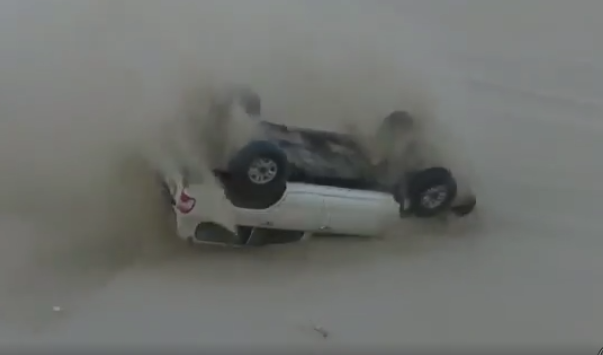 It is so much fun watching trucks wiping as their drivers try to speed them over gigantic sand dunes. And it’s even more satisfying when one of those trucks has a Nazi swastika painted on the top of it, as you’ll see in a new viral video posted on the Facebook page of Million Dollar Homepage-Lebanon.

FROM EARLIER: Watch a Tesla Model X in Ludicrous Mode go head to head with a McLaren 650S supercar

Why would anyone want a swastika painted on top of their truck? I honestly have no idea, but as the Blues Brothers might say, “I hate Lebanese Nazis”:

While the rest of the trucks aren’t adorned with pro-fascist logos, it’s still fun to see them take a dive in the middle of the desert.