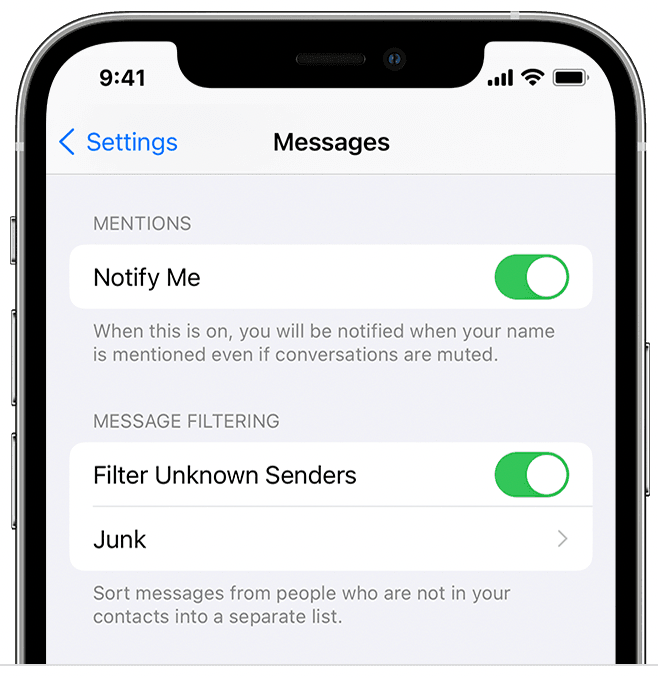 It happens to every single iPhone user… you are being inundated with spam texts, and you can’t handle it anymore. Indeed, it’s been an ongoing and frustrating problem for quite some time now.

For some people, it’s only gotten worse recently. What makes the issue particularly irritating is that spammers have become more clever and sophisticated with time. Spoofing not only your area code, but the prefix so it seems as if it’s a really local caller? Not cool at all, spammers.

This trick is also done with spam text messages, too, so those iMessages or texts on your iPhone originate from numbers that look eerily close to your own phone number.

This is done to trick users into thinking that the text itself is legitimate. And taking things even further, scammers are now texting unsuspecting users from their own numbers.

This issue, we should note, only impacts Verizon users, and the company claims that they’ve “made a significant effort to limit the current activity” of the scheme. But even if you’re not a Verizon subscriber, you could still probably stand to receive fewer spam texts. Here’s how to block spam text messages.

Read: Our article on How to lock any iPhone app so no one else can get in

One option to limit iPhone spam texts is to filter messages from unknown senders. With this option, spam messages originating from a number not part of your contact list will go to a separate folder.

To turn this toggle on, follow the below instructions. Before doing so, we should highlight that this filter might also catch non-spam texts from companies like Uber and Door Dash. In other words, if you turn this filter on, make sure to check the “Unknown Senders” tab in the Messages app often.

Unfortunately, the same technology that allows individuals worldwide to communicate is being leveraged by scam artists looking to take advantage of unsuspecting users.

To this point, scammers sent upwards of 11.6 billion spam messages during March. The New York Times notes that this represents a 30% increase from the previous month.

While there’s no bulletproof way to block spam messages, iPhone users can take steps to limit their frequency and visibility.

One thing you can do upon receiving a spam text is to block the number. This will prevent spam messages from that number in the future. Follow the below instructions to do so.

The number should now be blocked and unable to send you spam messages.

When you use iMessage, Apple’s messaging platform, you can report spam messages. If the sender is not in your contacts and has other spam criteria, Apple sometimes offers a flag that says these messages might be Junk or spam. You can just tap that, tap the Report Junk button, and tap Delete and Report Junk.

Get rid of calls and spam texts from unknown numbers

On a somewhat related note, there’s also a way to silence incoming calls from numbers not in your address book. The calls will still go through but will go straight to voicemail instead. Incidentally, phone calls from numbers you’ve previously texted with will be able to go through.

Go to Settings > Phone and toggle the Silence Unknown Callers option to turn this feature on.

How to block calls and spam text messages using your carrier

In the U.S., virtually all major carriers offer apps and services that can alert you to spam/unsolicited calls and messages. Some of these are free spam calls and text blockers, and others require a subscription.

Premium features such as:

If you use Google Fi as your carrier, Google offers a bunch of options built-in to your subscription plan and available in the Google Fi app.

Our favorite third-party apps for call and spam blocking

While there are tons of great third-party apps to help filter messages and calls on iOS and Android, our favorite is RoboKiller for $4.99/mo and Nomorobo for $1.99/mo. They have access to your call lists and contact, but these two are reputable, and we use them here ourselves. If you’re going to install an app like this, make sure it’s one you trust due to the sensitive nature of the access involved and know what information they request and share. If you’re asking if RoboKiller blocks texts, the answer is yes! These apps offer phone call and text message blocking and integrate into Apple’s Messages app.

Report the spammer to your carrier

This isn’t going to halt all incoming spam texts and calls immediately, but it benefits others, and if everyone reported these messages, there would be fewer spammers. Here’s how you can do it.

Take the original spam text and forward it, so it’s reported to your carrier. If you’re on AT&T, Verizon, T-Mobile, or Sprint, use this number: 7726 (SPAM).

File a complaint with the FTC

Under U.S. law, sending unsolicited text messages of a commercial nature without your consent is illegal. The Federal Trade Commission (FTC) oversees a complaint assistant you can use here to report spammers and scam texts and calls.

A robotext is similar to a spam text message, but it’s an automated text message rather than a robocall. Sometimes robotexts are part of a larger play by spammers and scammers, hoping to reel you in so you provide some personal information that can later be used in a spam onslaught.

Some of these texts can lead to higher cell phone bills, identity theft, and even malware installed on your phone.

What’s the reason I’m suddenly getting spam texts and calls?

Spammers use any trick in the book to reach as many phone numbers as possible. They purchase lists of numbers available on the dark web and use software to automatically create and generate lists of numbers. Changing your number won’t prevent spam texts and calls because of this.

Should I reply to spam messages and robotexts?

The answer is no unless you signed up for a specific service that you’re trying to cancel. Usually, if you reply with “STOP,” it can unsubscribe you from the messaging list with reputable businesses and vendors.

Suppose you reply “STOP” to a scam text. In that case, it can actually notify the sender that this is a valid number and a person is replying, giving them more of an opportunity to try and scam or phish your information. Additionally, since the number is valid, it can be added to more spam lists and increase your spam texts and calls.

Thanks for reading, and we hope this guide helps!

Does iPhone have a spam blocker?

You can set up an app that lets you filter and detect spam calls. Go to Settings, then Phone. Select “Call Blocking & Identification”. Under “Allow These Apps To Block Calls And Provide Caller ID”, turn the app on or off.

What happens if I open a spam text on my iPhone?

You have nothing to worry about if you open a spam text. The only time to worry is if you’ve entered any information into the website the spam text led you to.

How do I remove my number from spam lists?

How do I block spam texts on my iPhone without a phone number?

How do I know if my phone is hacked?

If you notice that there have been texts or calls from your phone that you didn’t make, then it’s possible your phone may be hacked.

Can Apple check if my iPhone is hacked?

According to Apple, you will be notified via an iMessage or email when Apple detects that a user has been targeted by state-sponsored hacking. A Threat Notification will be displayed when the user signs into Apple ID.

Does resetting an iPhone delete hackers?

Yes, it does. If you restore your system to its original factory settings, any back door hackers established into your device will be wiped out. However, restoring your phone to a backup where the back doors were already installed could preserve the hacker’s way into the device.

This is only a temporary solution as hackers can’t have access to your device while it isn’t connected to Wi-Fi or cellular networks.