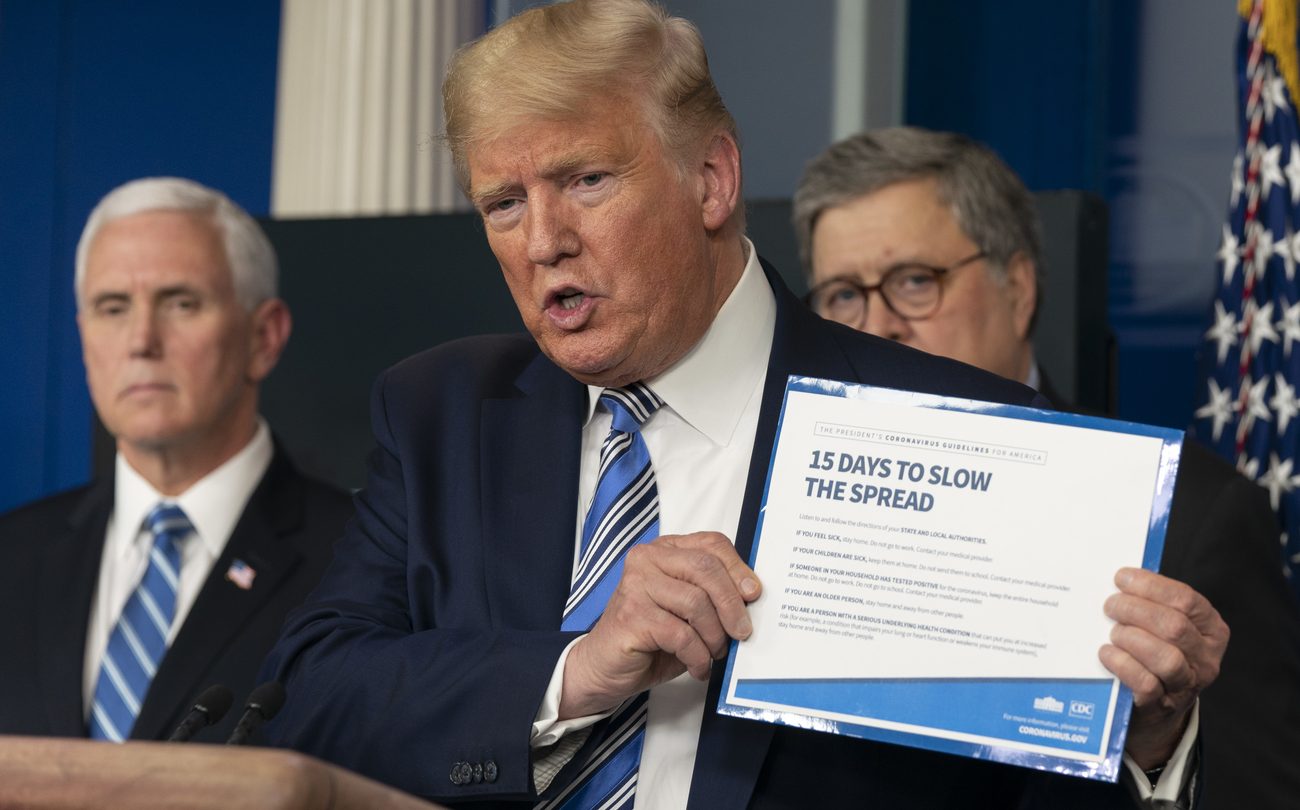 You’d be forgiven for trying to keep up with the news related to the novel coronavirus outbreak around the US today and feeling a little confused about the state of things in the country.

On the one hand, the World Health Organization says the number of coronavirus cases stemming from the pandemic is multiplying to such a degree in the US that we’re about to become the new epicenter of the virus (thanks to a “very large acceleration,” per WHO spokeswoman Margaret Harris). The outbreak here is not only very large, she told reporters today, but it “is increasing in intensity.” Meanwhile, President Trump is pressing to get the country’s business reopened and the economy coming back to life — as soon as by Easter, he said during a Fox town hall Tuesday, never mind the objections of the health care community.

“I give it two weeks,” Trump said during the event. “I guess by Monday or Tuesday, it’s about two weeks. We will assess at that time and give it more time if we need a little more time. We have to open this country up.”

This, of course, runs counter to the concern from health officials — and from local leaders like New York Gov. Andrew Cuomo, who continues to paint a dire picture in his hard-hit state — that the virus has not yet peaked in the US. And that reopening the country too soon could quickly make an already bad situation much worse.

The WHO is expecting the number of cases to continue accelerating even above the current numbers, which as of Tuesday afternoon showed almost 335,000 cases globally and almost 15,000 deaths. Harris told reporters that we’re likely to continue seeing new records set every day until containment measures and quarantines start to take effect — or, more specifically, to start being reflected in the data.

As a reminder, efforts in place today won’t show up in the data for at least another week. That’s because the first symptoms of the virus don’t show up for several days in an infected person, and then it likely will be another couple of days before they get tested and a diagnosis, which is then reported to health officials to get included in the ongoing tallies.