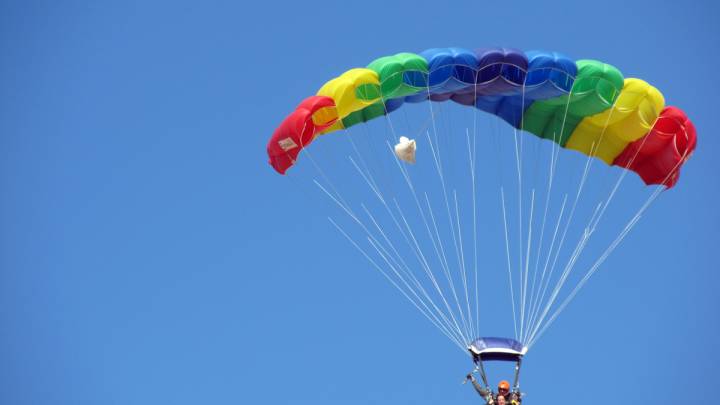 The worst nightmare shared by countless people was realized this past weekend when a skydiver’s parachute failed to open during a jump. Miraculously, one of the diver’s teammates manages to rescue the man in mid-air and save his life.

DON’T MISS: Is The Galaxy S6 Stealing Away iPhone Users? New Survey May Surprise You

A military exhibition high above the shore town of Whitehaven in Cumbria, England would have ended in tragedy if not for the heroics of Corporal Wayne Shorthouse, who saved his teammate’s life during a skydiving jump on Saturday.

Corporal Mike French of the Red Devils participated in a skydiving exhibition on Saturday when his parachute malfunctioned in mid-air. As French plummeted toward the ground below, fellow Red Devil Corporal Shorthouse grabbed his teammate’s broken chute and deployed his own.

“He was violently kicking his legs and he was trying to get free or trying to manoeuvre,” Lucy Milne, who witnessed the ordeal, told BBC. “Above him was another man tangled up in his parachute. His parachute was collapsed. They started picking up speed and he was wiggling his legs even more. It was amazing how he managed to get into the water and not hurt himself or the man above him.”

The pair glided down into the water, both emerging completely unscathed.

Footage collected by The Guardian shows portions of the event, and it’s embedded below.