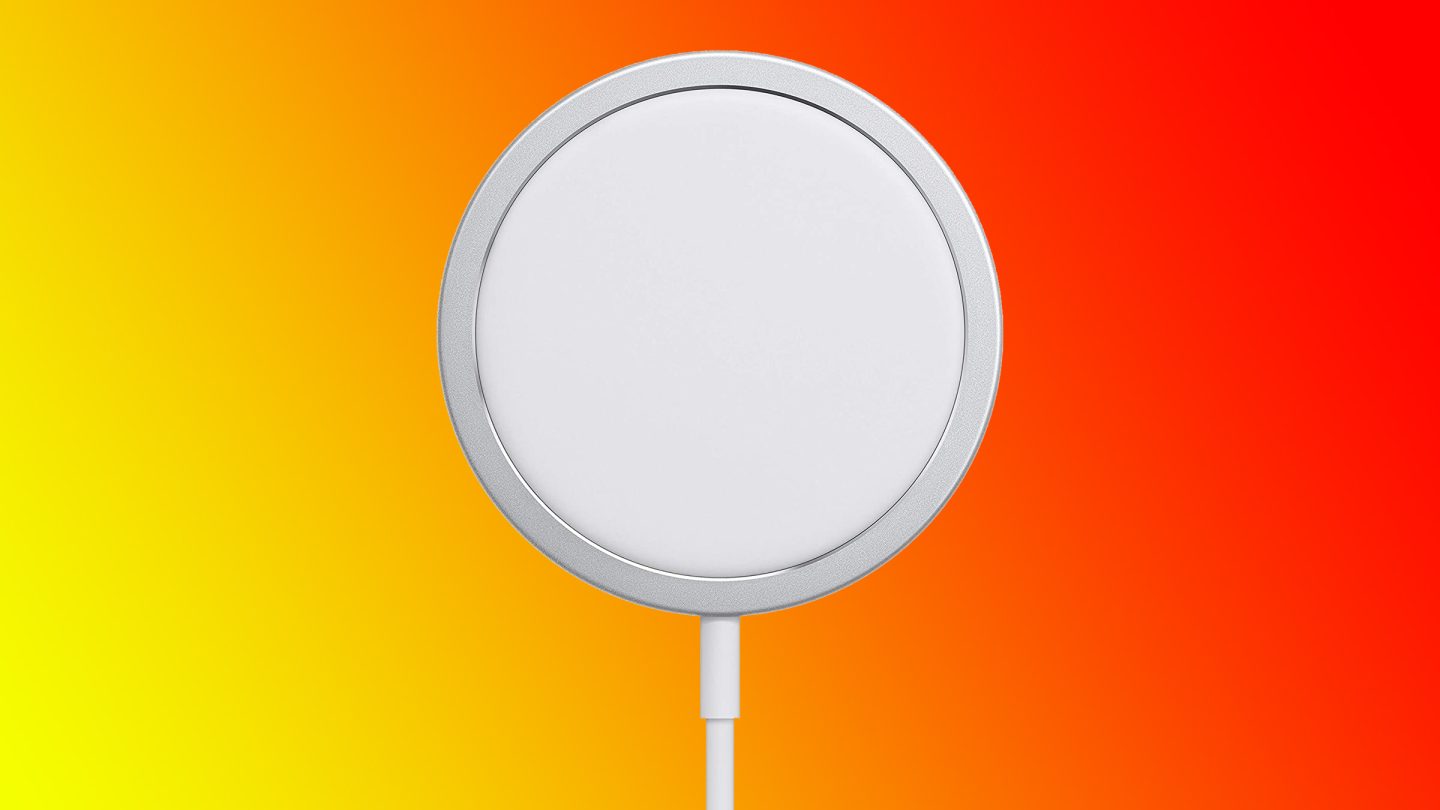 Apple fans seriously love the new MagSafe magnetic charging system. Apple completely redesigned it for Apple’s iPhone and AirPods lineups. Of course, it also goes without saying that other new Apple gadgets will use it moving forward. It’s such a convenient way to charge your iPhone! Before you buy Apple’s charger, however, you might want to think about getting a MagSafe charger on Amazon instead.

This new solution is sort of a cross between the convenience of wireless charging and the performance of wired charging. The problem is that like most OEM iPhone accessories out there, Apple’s MagSafe charger is pretty expensive.

The Apple OEM MagSafe charger retails for $39. Even now while it’s discounted on Amazon, it’s still pretty pricey. But the good news is that third-party accessory makers have plenty of alternatives. Needless to say, you can get a MagSafe charger on Amazon for a fraction of the price.

In this roundup, we’ll show you five popular MagSafe charger alternatives — including a best-seller that costs just $10.67! 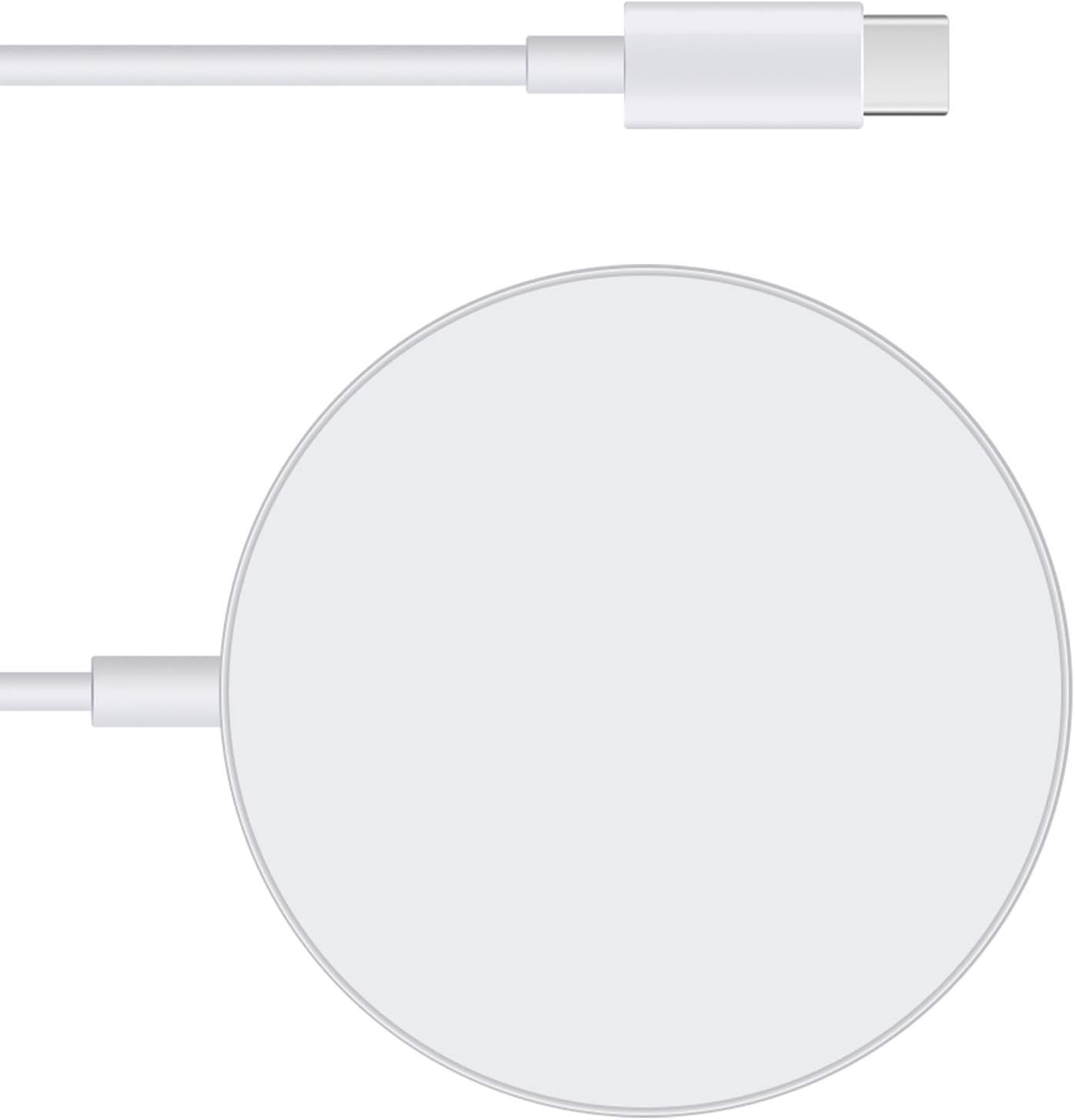 The latest-generation iPhone 12 and iPhone 13 lineups are packed with so many awesome features you’ll love. If you’re thinking about upgrading from an older iPhone model, you should definitely read about them.

It all started with Apple’s first big iPhone redesign since 2017. But you’ll also enjoy all sorts of great new functionality with Apple’s current-generation iPhone lineup. The cameras are incredible, the power of Apple’s latest A-series chipset is unbeatable, and there are so many more features to look forward to if you’re considering an upgrade.

Of course, one of the new iPhone 12 and 13 features everyone is talking about is MagSafe. It’s the new iteration of Apple’s magnetic charging technology that everyone misses so much on the MacBook laptop lineup.

On the new iPhones and AirPods, MagSafe is like nothing you’ve ever seen before. Apple’s new MagSafe tech is a nifty combination of wireless charging and wired charging. It’s just like Apple’s proprietary Apple Watch charging setup, but scaled up to fit the iPhone and AirPods.

Our favorite MagSafe chargers at Amazon 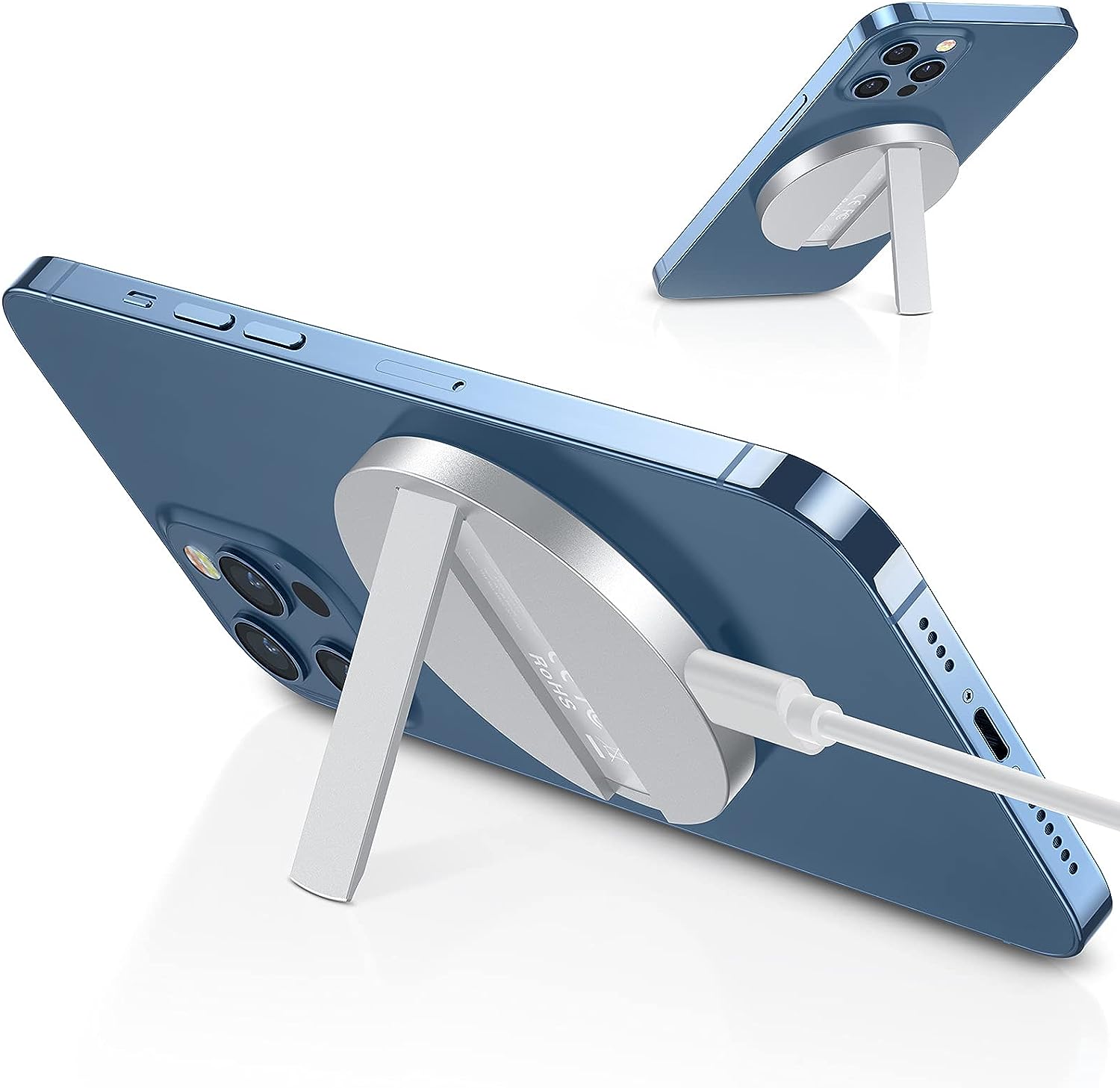 Rumor has it that Apple is gearing up for the removal of all ports from its iPhone lineup, so MagSafe will likely play a key role with Apple’s mobile devices moving forward. The problem, of course, is that MagSafe accessories from Apple are quite expensive, which is to be expected.

Buy a MagSafe charger from Apple and it’ll cost you $39. Even on sale right now at Amazon, the Apple MagSafe charger still costs around $35. That’s a lot of money to spend on a phone charger — despite how cool MagSafe tech is.

The good news is that there are plenty of other options on Amazon that work exactly the same way, but they cost much less money. The best-selling xiwxi Magnetic Wireless Charger is on sale for just $10.67, so it’s a great place to start.

Other options have neat added functionality, like the ESR HaloLock Kickstand Wireless Charger with a built-in kickstand.

There are plenty to choose from at Amazon that all cost much less than the $39 that Apple charges for its MagSafe charger. In fact, you can even get an Aresh 3 in 1 Magnetic Charging Station on sale for just $24 and charge multiple devices at once!

Check out five of our favorite options down below.

This is the most affordable option out there. With that in mind, it shouldn’t come as much of a surprise that it’s also the most popular option among our readers.

You can literally buy three of these MagSafe chargers for less than one of Apple’s chargers! 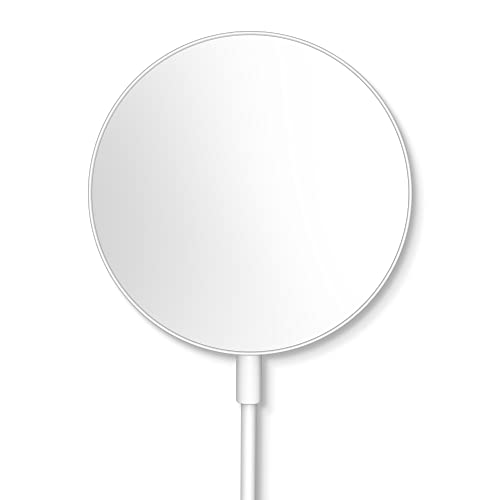 This is a really cool option because it’s more than just a MagSafe charger. It has a built-in kickstand so you can prop up your phone and stream videos while it’s charging. 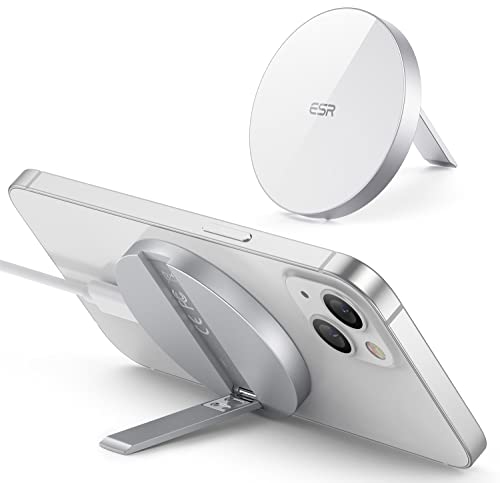 One of the coolest things about MagSafe is how useful it is in the car. Just hop in the driver’s seat, pop your phone onto a MagSafe mount, and you’re off. 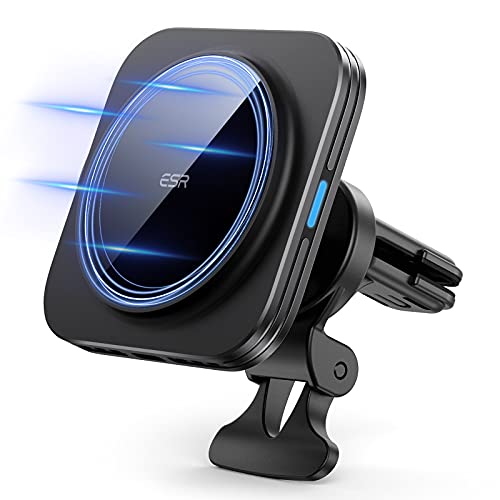 TOZO is a very well-known brand, and its MagSafe charger on Amazon is one of the most affordable options out there. That’s especially true while it’s on sale! 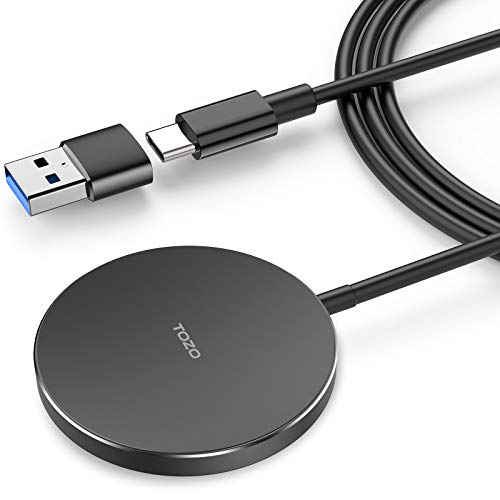 This is an awesome 3-in-1 charging station that includes a MagSafe iPhone charger. Plus, it charges up all the rest of your Apple gear. Despite all that, it’s somehow still less expensive than Apple’s MagSafe charger. 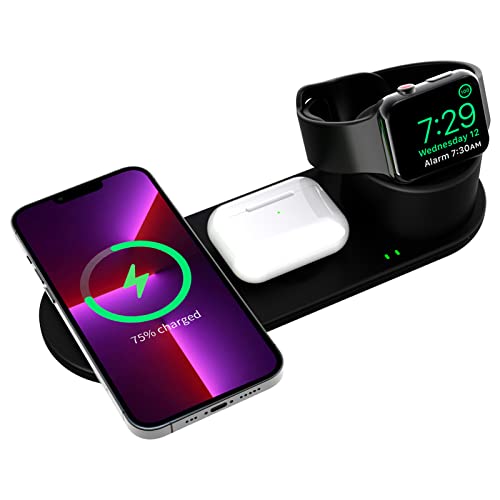 In addition to those great MagSafe charger deals, Amazon has a bunch of other impressive Apple sales running right now.

Also, there’s even a rare, albeit tiny discount on Apple AirTag 1-packs that slashes the price to the all-time low from Prime Day. Don’t miss these great deals! 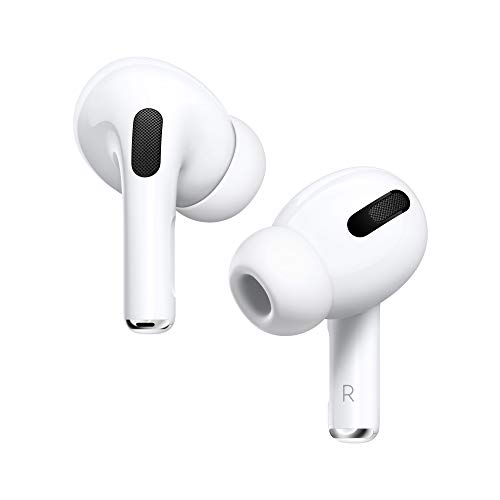 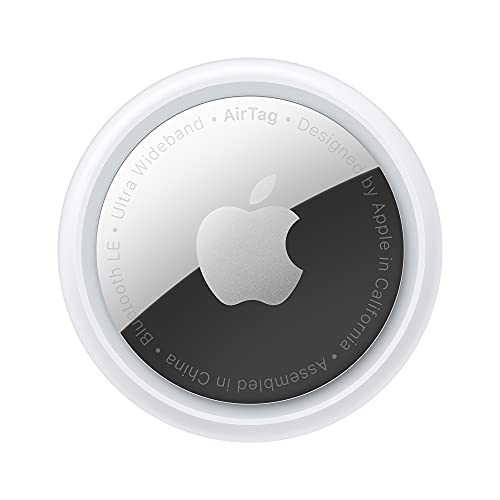