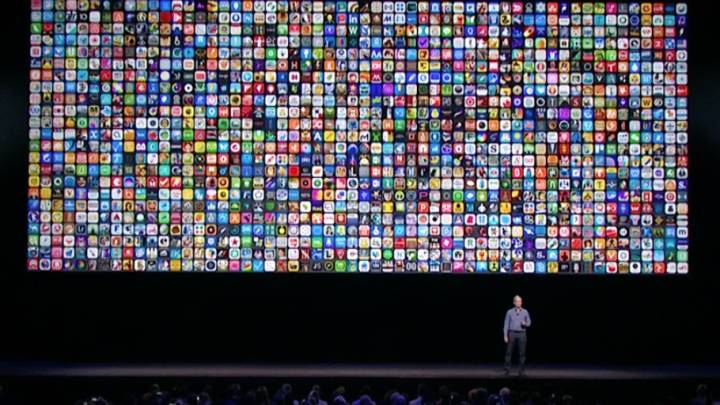 Tim Cook said Apple gave 350 scholarships to young developers to this year’s WWDC event, highlighting one winner in particular. 9-year-old Anvitha Vijay from Australia got the chance of a lifetime thanks to a scholarship, not to mention getting a shout-out from Tim Cook on stage. Sure, this is a great marketing stunt from Apple, which basically told the world that it’s so easy to code that the youngest iOS developers are just 9 years old. But that doesn’t take away anything from Vijay’s accomplishments — she’s a developer who can code better than most adults.

In an interview with USA Today, Vijay said that she’s got a long way to go when it comes to coding. Her first app is called Smartkins Animals (available at this link), and it’s supposed to teach young children about animals. Her app had already been downloaded a few hundred times ahead of her interview.

“It was like a dream to be here and meet so many people,” Vijay said. “I’ve just touched the tip of the iceberg in coding, there’s so much to learn.” About Cook, she said that “he’s really good,” and “really nice.”

She started coding at age 7 with the help of YouTube and instructional videos, and she created the app so her sister could learn to identify animals. She used Xcode to create her app – not even Swift, which is Apple’s newest programming language. She used her mom’s phone and uploaded the app under her mother’s name since she’s under the age (13) that would allow her to create her own iTunes account.

Vijay is working on a new app for students. Called GoalsHi, it’s supposed to help students get more confidence in the classroom. For this second app, the young programmer is using Swift.

“I want to make a difference in people’s lives through technology” – that’s the message on her business card, and Vijay might have a bright future in this business.

When asked what her favorite iPhone app is, Vijay proved she’s getting the hang of the business. “Besides mine?” she asked, before naming an iOS app she enjoys. The full interview with the youngest coder at WWDC 2016 is embedded below.