Ten years ago today, Apple released the original iPhone and forever changed the way the world uses and interacts with technology. Without question, the iPhone is one of the most revolutionary products ever created, and the impact it’s had on our day-to-day lives cannot be overstated. Today, millions upon millions of people all over the world use the iPhone — and smartphones in general — in ways that would have seemed impossible, of  just ten short years ago.

With the iPhone’s 10th anniversary now upon us, we thought it would be a good time to take a look back at how Apple’s iconic device has impacted the smartphone industry at large. From the mainstream adoption of multitouch displays to the introduction of the App Store, even loyal Android users would have to concede that the modern smartphone era we enjoy today wouldn’t have been possible had it not been for the iPhone.

That said, listed below are the 8 of the biggest and game-changing innovations Apple’s iPhone introduced to the smartphone market over the last 10 years.

While Steve Jobs may have boasted that Apple invented multitouch, it’s no secret that multitouch technology existed long before the original iPhone hit store shelves. Nonetheless, there’s no escaping the fact that the iPhone was the first device to bring the technology into the mainstream. Say what you will about the iPhone vs Android debate, the reality is that the multitouch UI introduced by the original iPhone immediately became the blueprint upon which all other smartphones were based.

Much like multitouch, Apple didn’t invent fingerprint recognition technology on mobile devices, but its implementation of Touch ID on the iPhone 5s brought it into the mainstream. What was once a feature that only seemed possible in the distant future instantly became accessible thanks to Touch ID. Additionally, Apple’s implementation of Touch ID was incredibly intuitive and ultimately spurred other phone manufacturers to incorporate similar functionality into their own devices.

Anyone old enough to remember what mobile apps were like before Apple introduced the App Store can certainly appreciate how revolutionary the App Store was when it went live in July of 2008. In one fell swoop, the App Store made it easy and affordable for users to download apps. What’s more, the iPhone SDK gave developers the necessary tools to create what were previously unthinkable and downright magical apps. To date, Apple has doled out more than $70 billion to developers over the last 9 years. Doing some quick math, that means iOS users have spent more than $100 billion on apps alone.

The Retina Display that Apple introduced on the iPhone 4 was an instant game-changer. Sporting an impressive 960×640 resolution, Apple’s Retina Display effectively doubled the resolution of existing iOS devices, making them appear practically ancient in comparison. 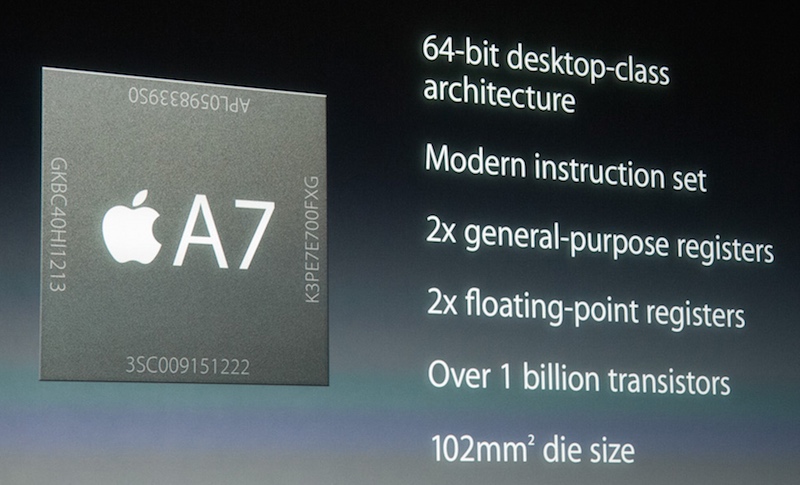 When Apple rolled out a 64-bit A7 processor with the iPhone 5s, it caught the entire tech world off-guard. 64-bit processors, at the time, were certainly on the horizon, but Apple managed to beat everyone to the punch. Of course, it was only a matter of time before Android handset manufacturers followed suit.

Building off of the success of Touch ID, Apple with the iPhone 6 introduced the world to Apple Pay, a new technology that made it incredibly easy for users to authorize transactions straight from their device. Again, what made Apple Pay particularly useful is that it was incredibly easy to set up and use. What’s more, Apple Pay is beyond secure and therefore provides users with peace of mind that they can engage in secure transactions and not have their sensitive financial information compromised.

When developing the original iPhone, Apple demanded complete control over the user experience, AT&T’s objections notwithstanding. This, of course, wasn’t something carriers like AT&T were accustomed to dealing with. On the contrary, carriers at the time were prone to littering phones with horrible third-party apps that most people had little to no interest in, from NASCAR apps to unwanted streaming TV apps. While some Android devices still ship with their fair share of bloatware, the original iPhone demonstrated that it’s never a good idea to let carriers dictate the user experience.

The introduction of Siri with the iPhone 4s gave us a glimpse into what the future of computing was going to look like. Even though Siri’s functionality was a bit stunted upon release, and even though Siri has arguably been lapped by competing services from the likes of Google, the impact Siri had on the smartphone market cannot be overlooked.