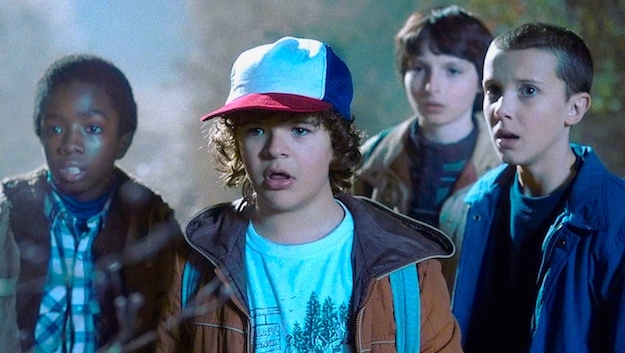 Much like Tesla, Netflix has never been afraid to publicly reveal its long-term strategy for success. These days, it’s no secret that Netflix is betting the farm on original content. In the process, Netflix hasn’t shied away from letting licensing deals for popular movies expire and has been more than happy to spend insane amounts of money on new programming. In 2017, Netflix is planning to release 1,000 hours of original programing, a marked increase from the 600 hours that will have been released by the time 2016 comes to a close.

It may take a while for Netflix to get there, but the company’s ultimate goal is a future where at least 50% of its content is comprised of original programming. It’s an ambitious plan to say the least, and some might even reasonably argue that its needlessly risky. Original programming is great, the argument might go, but there’s something to be said about licensing deals for popular movies and popular TV shows with a demonstrable track record of excellence.

A deeper dive into the topic, however, reveals that Netflix’s strategy is already paying off and will continue to do so in the years ahead. In a great piece up at All Flicks, Stephen Lovely did a bit of research and discovered that viewers tend to enjoy original Netflix content more than the streaming service’s other content. 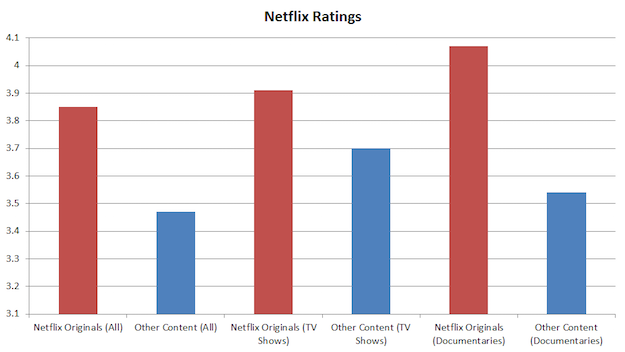 What’s particularly interesting is that Netflix’s success with original programming extends beyond traditional TV programming and even encompasses documentaries. While Netflix’s catalog of original documentaries is obviously not as broad as its other content, the widely acclaimed Making a Murderer is proof positive that Netflix knows what it’s doing across all types of genres.

Ratings aside, Netflix’s obsession with original programming is also paying off financially. Last week, shares of Netflix went through the roof after the streaming giant reported that it acquired 3.2 million new subscribers, easily besting analyst estimates.