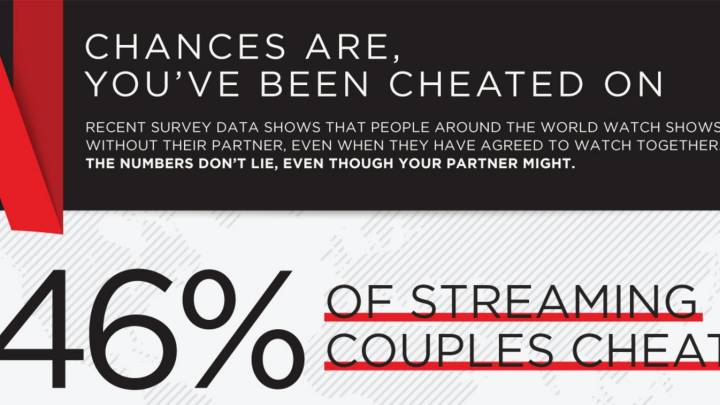 We’ve all done it. You’re out of town, in a hotel room with nothing better to do. You know you shouldn’t, but you just can’t stop yourself. You open your laptop, navigate to Netflix and watch the next three episodes of that show you and your significant other have been binge-watching for the past week.

It’s a phenomenon known as “Netflix cheating,” and while it’s a serious offense, you can take comfort in the fact that you’re not the only one Netflix cheating on your boyfriend, girlfriend, husband or wife.

In a uniquely goofy press release this week, Netflix revealed that 46% of couples who have a Netflix account “cheat” on each other by watching shows that the two have promised to only watch when they’re together.

“Sleep with one eye open: 25% of cheating happens when one partner falls asleep,” says Netflix. “But whether this is even cheating is hotly debated. Half say “sleep cheating” doesn’t count (53%), but the morality of “sleep cheating” varies across the globe. Chileans think it’s no big deal, Japan sees it as unforgivable. Many are still cheating in secret: 45% never admit to their indiscretions.”

According to Netflix, The Walking Dead, Breaking Bad, American Horror Story, House of Cards, Orange Is The New Black, Narcos and Stranger Things are the shows that elicit cheating the most frequently. Considering that virtually every episode of all seven of those shows ends on a cliffhanger, I’m starting to think that the creators of those shows might deserve some of the blame.

You can see more data about Netflix cheating in the graphic below: 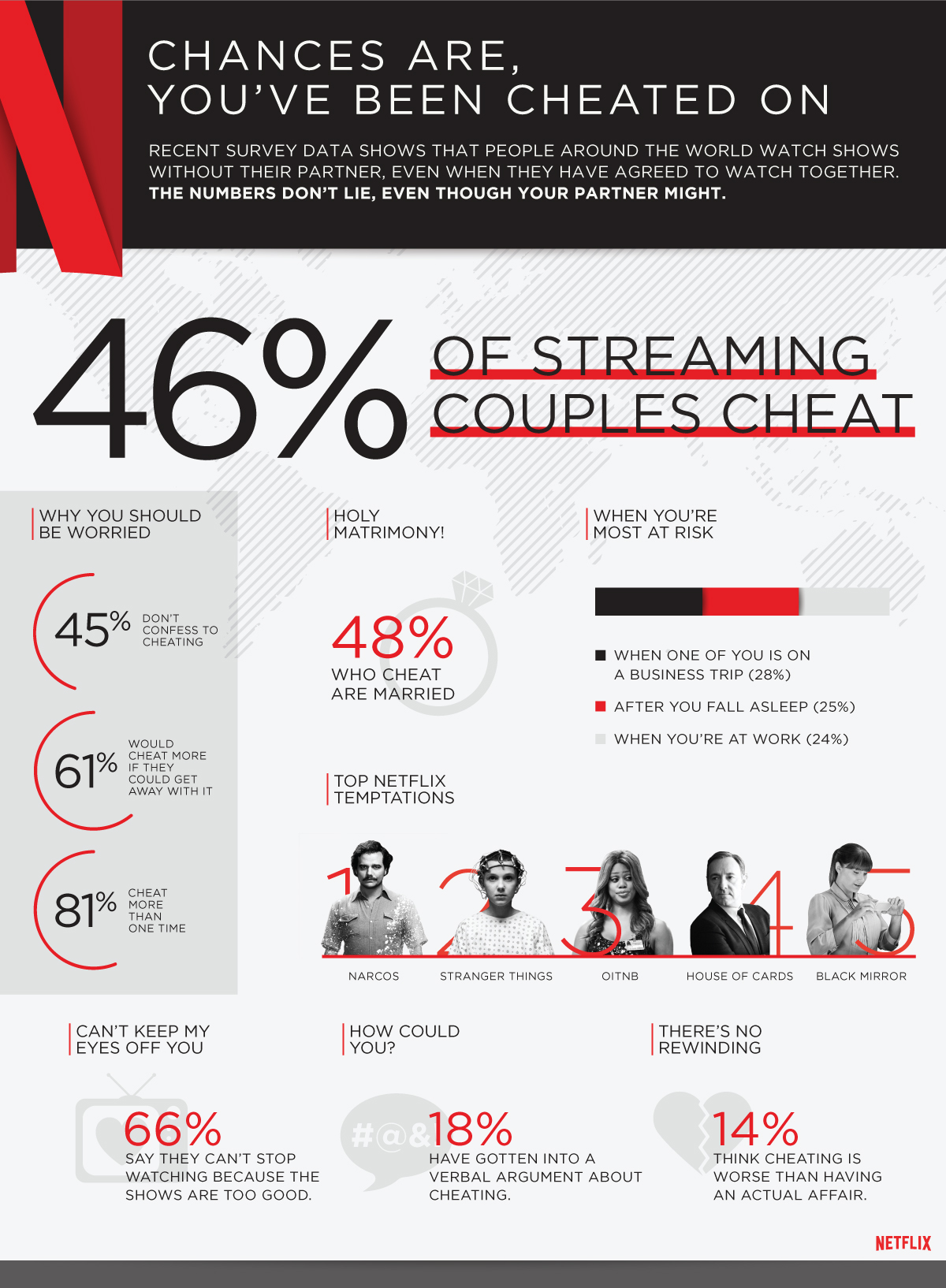