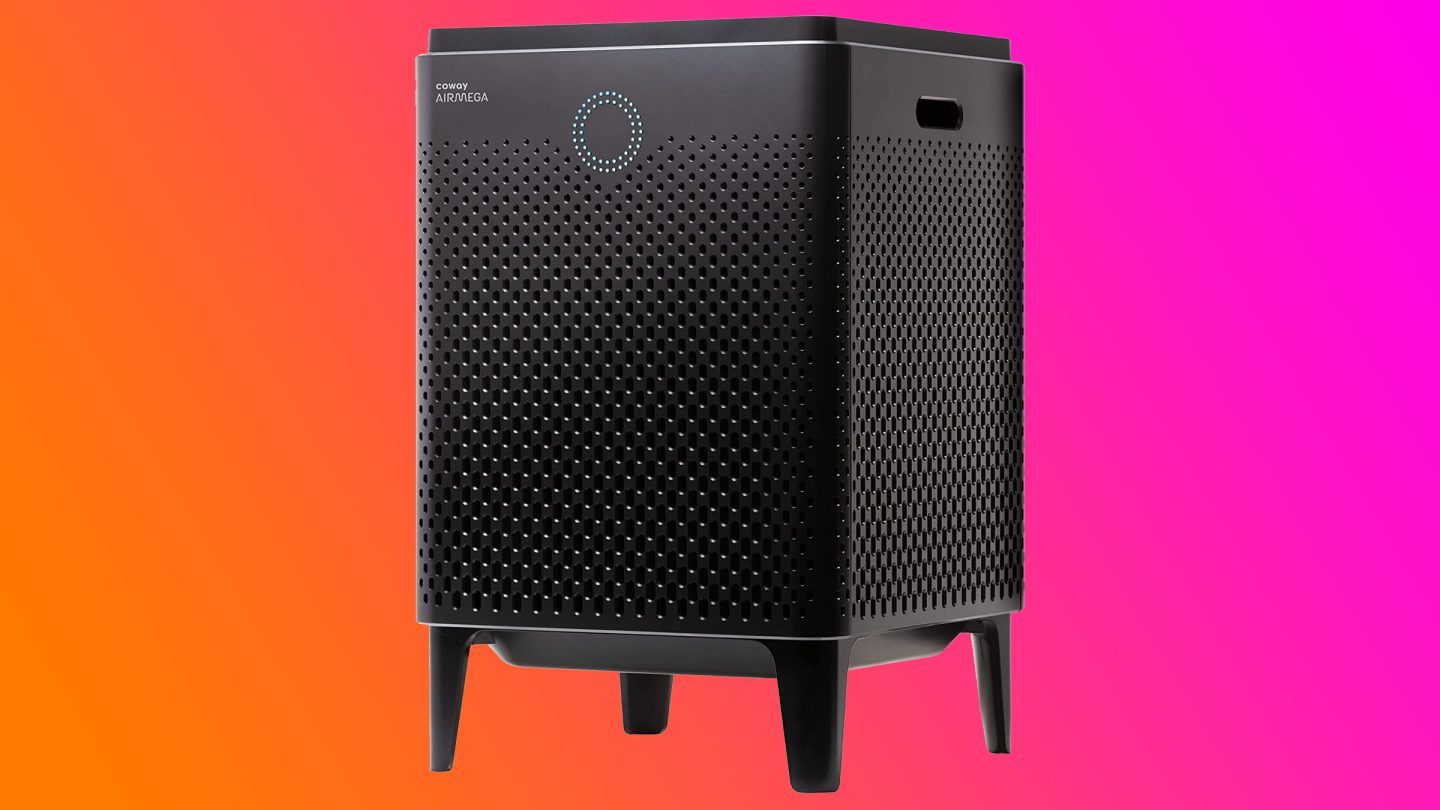 Everyone is shopping for HEPA air purifiers in 2022, especially on Cyber Monday. That shouldn’t be much of a surprise, since we’re all trying to breathe more easily as the weather gets colder and dust and allergens are always a problem. The good news is that we’ve rounded up all the best Cyber Monday HEPA air purifier deals right now.

There is one important thing to note, however. If you want the best air purifier for viruses, it’s not going to be a $40 model on the bottom shelf at your local drug store. Instead, you’re going to need a model with a sophisticated system that purifies and sterilizes the air in your home. Now, Amazon finally has exactly what you’re looking for. You definitely need to check out the impressive Aura Air Purifier. 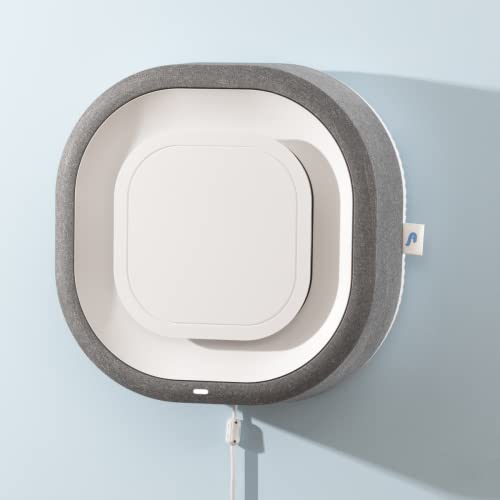 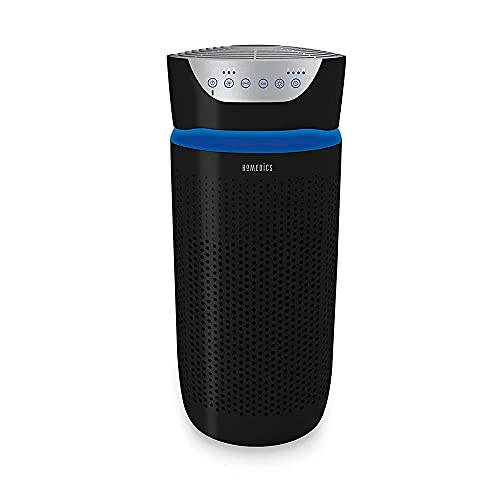 Here are more of the best Cyber Monday 2022 HEPA air purifier deals to check out. 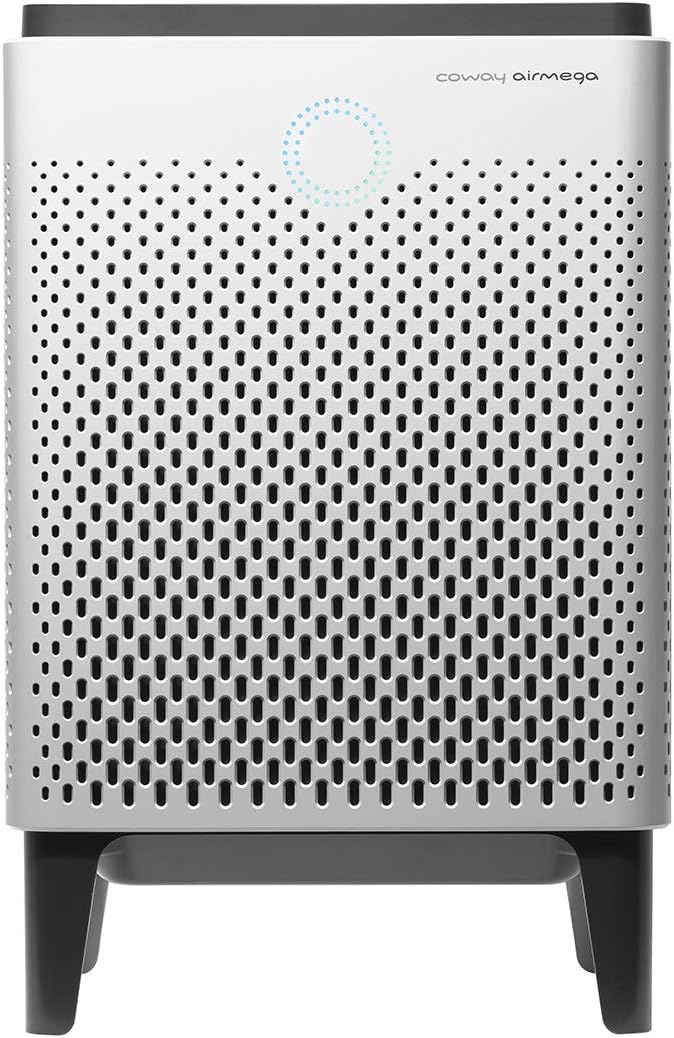 Anyone out there looking for the very best of the best will undoubtedly know the brand Coway. It’s one of the hottest air purifier makers out there. What’s more, Coway has some of the best Cyber Monday HEPA air purifier deals of 2022.

Among all the Coway deals, we have two favorites.

First, the Coway Airmega 400S smart air purifier is one of the best models out there. It covers a massive amount of space — 1,560 square feet — and it’s app-enabled. That means in addition to being a phenomenal HEPA air purifier, it also connects to your iPhone or Android! 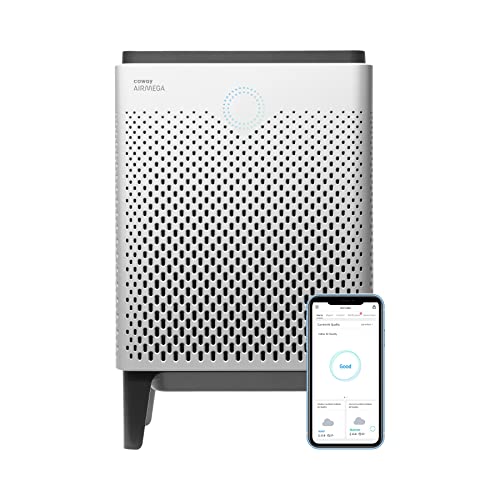 Looking for something from Coway that’s a bit more affordable? Check out the Coway Airmega 250 air purifier, which covers up to 930 square feet. 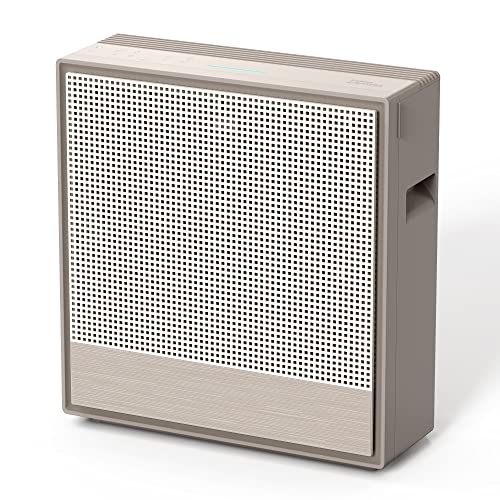 If you just want a simple air purifier for things like smoke, dust, and allergens, there are so many great options out there. Head over to Amazon and you’ll see that the #1 best-selling LEVOIT Core 300 Air Purifier is only $84.97. That’s a fantastic price for a model with more than 62,000 5-star Amazon reviews. You can also get the popular Coway AP-1512HH Mighty Air Purifier for $133.13 right now instead of $230. 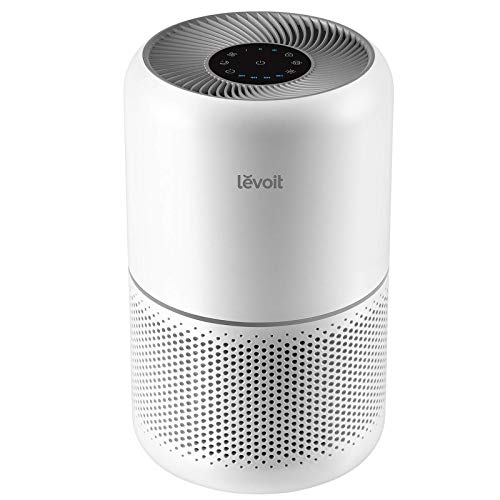 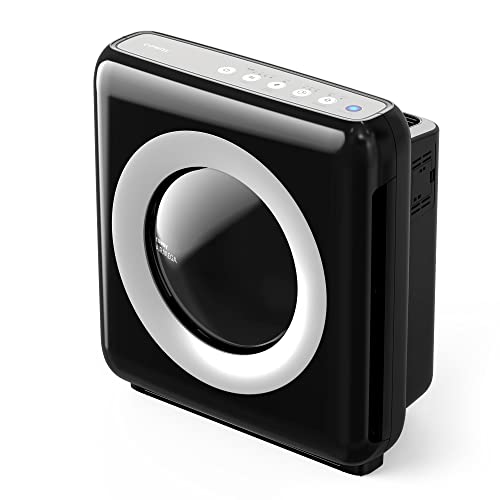 Those are both fantastic options if you’re looking for a basic air purifier. They’ll do a great job with smoke, dust, and most allergens. They’ll even help clean mold out of your air. But if you want something that will also eliminate viruses from the air in your home, you’ll need to look elsewhere. 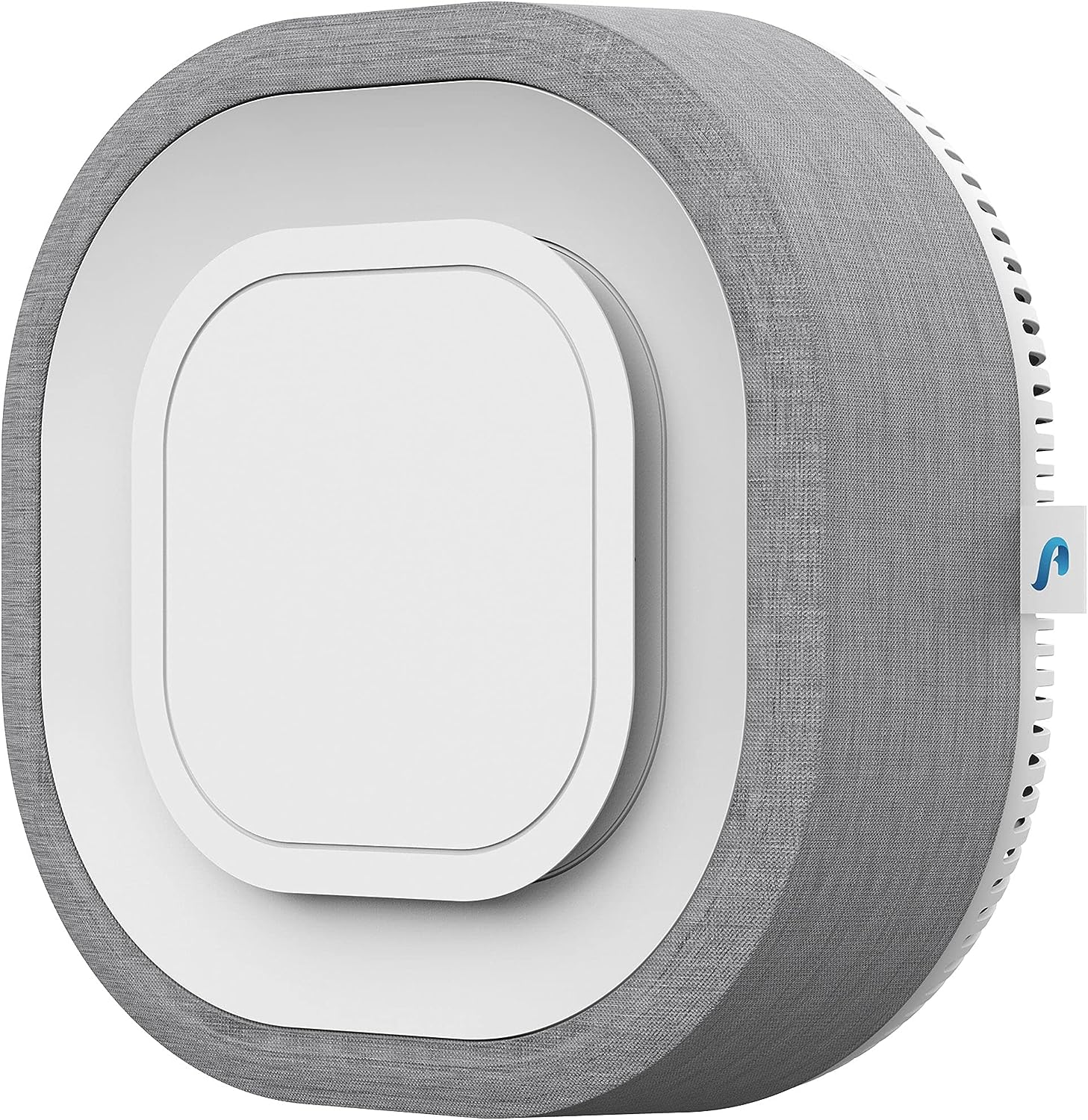 The new Aura Air Purifier looks like a futuristic piece of tech. Perhaps that’s because it is.

Unlike most air purifiers that are bulky and unsightly, the Aura Air Purifier mounts on your wall. It doesn’t take up any space at all on your floor or your tables. The design is sleek and stylish so it’ll blend in seamlessly with any decor. More importantly, of course, this is an astonishingly effective air purifier and air sterilizer.

According to the manufacturer, the Aura Air Purifier is clinically and scientifically proven to remove 99.9% of viruses and bacteria from the air. This impressive feat is accomplished by the unit’s special four-stage purification and sterilization system.

First, there’s a pre-filter that handles large particles like smoke, dust, pollen, and mold. Then there’s a Ray HEPA filter with three antibacterial laters that filter germs, odors, fungus, mold spores, and viruses. Next, a special UV-C light system kills viruses and bacteria that pass through. And finally, a patented Sterionizer releases positive and negative ions to remove any remaining pollutants and freshen indoor air.

All that is packed into one sleek system that’s quiet and compact!

We tested it ourselves

We’ve been testing the Aura Air Purifier ourselves for the past couple of weeks. So far, we have nothing but good things to say about this smart air purifier.

Aura says its air purifier kills 99.9% of airborne viruses and bacteria. The company also has a study published in the World Journal of Surgery and Surgical Research to back up its claims. Needless to say, cannot confirm the manufacturer’s claims ourselves with regards to killing viruses. Complex scientific tests are needed to measure the efficacy of systems such as these. What we can confirm, however, is that the Aura Air Purifier seems to work much better than other air purifiers we’ve tested in terms of overall performance. The air in the area where we installed this unit had a fresh crispness to it that isn’t achieved by most other models.

Also important is the free Aura app that accompanies this smart air purifier. Aura doesn’t just purify and sanitize your air, it also measures air quality using seven different sensors. The app gives you statistics, insights, and even tips on how to further improve the air quality in your home. The Aura Air Purifier isn’t just the best air purifier for viruses, it’s also the smartest air purifier we’ve tested.

If you want a Cyber Monday HEPA air purifier deal on a model that kills viruses, this is the best of the best!

Wondering exactly what makes the Aura Air Purifier the best air purifier for viruses? Here are some key takeaways to keep in mind:

If you’re looking for a less expensive option, take a look at the GermGuardian AC4825E True HEPA Filter Air Purifier with UV Light Sanitizer. This model has 41,000 5-star ratings on Amazon and it has been a best-seller for a very long time. It’s also discounted right now from $150 all the way down to $74.99.

Of note, the manufacturer does make the claim that it kills 99.9% of viruses, but it does not provide any results from scientific or clinical testing to back up its claims. 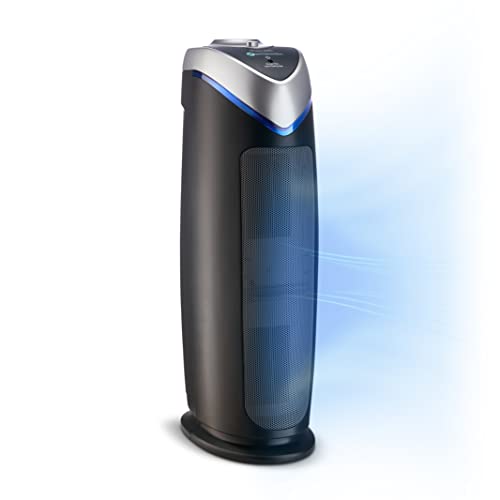 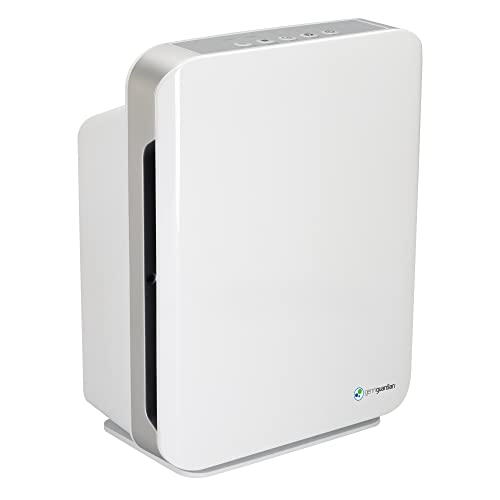 If you’re looking for all the best deals for Cyber Monday 2022, you’ll find them in BGR’s extensive coverage. We’ve rounded up all the hottest products on sale ahead of the holidays this year like Kasa smart home devices, Chromebooks, cheap laptops, Apple products, borescope cameras, Sony headphones, and more. Plus, you’ll find all the deepest discounts from top retailers, including Best Buy, Walmart, and Amazon.