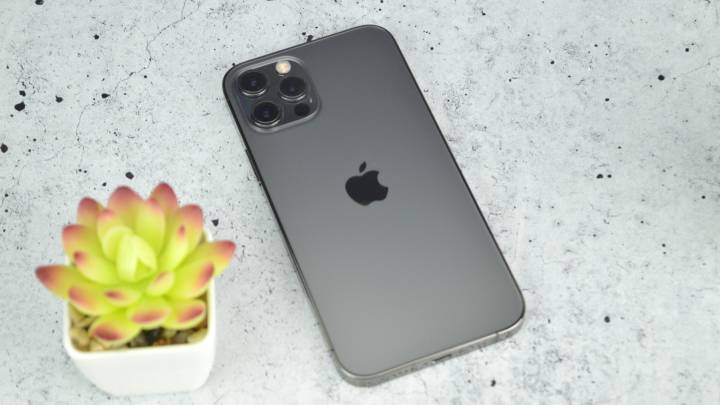 It feels like the iPhone 12 only just came out, but the iPhone 13 may only be a few months away. The next-gen iPhone series probably won’t get a major redesign — that came with the iPhone 12. But it will bring refinements that users have been asking for for years.

We’ve learned a ton about the next iPhone series over the past few months, thanks to all the leaks and rumors that have been coming out. In fact, we’ve seen leaks regarding the iPhone 13’s design, performance, display, camera, and more.

Excited about the iPhone 13 series yet? Here’s everything we know about the new phone so far.

The name “iPhone 13” isn’t set in stone — and in fact, many rumors, and a report from market research firm TrendForce, indicate that the device will end up being called the iPhone 12s.

There may be good reasons for this. For starters, the next iPhone may be more of an incremental update, thus not really warranting a jump in naming. Some rumors suggest that the biggest update will be the addition of a 120Hz display — and that’s not even likely to come to all new iPhone models.

Perhaps more important is the fact that Apple may want to avoid cultural associations with the number 13. In many parts of the world, including the U.S., the number 13 is considered unlucky. Of course, that doesn’t get around the use of the number 13 — but next year, Apple is rumored to skip from the iPhone 12s to the iPhone 14.

The iPhone 12 received a major design overhaul, swapping out the rounded edges with flat ones. It’s a good look, and one that Apple isn’t expected to do away with for a while.

That doesn’t mean we’ll see no design changes on the iPhone 13 — just that the design changes we do see may be minor. Perhaps the biggest tweak in design will come in the form of a smaller notch. Apple has been rumored to be working on ways to make the notch smaller for some time now, and those efforts may pay off this year. It’s unlikely the company will do away with the notch altogether, but even a smaller one will be helpful.

Prosser’s renders also seem to show some differences in the design of the camera module. The non-Pro devices will likely keep a dual-camera system, but those cameras may be arranged diagonally instead of vertically. Rumors indicate that the entire series will get the larger camera sensors currently only on offer by the iPhone 12 Pro Max, and that may result in a camera bump that extends further from the back of the phone. It still shouldn’t matter for those that put their phone in a case.

All iPhone models now offer an OLED display — so where could Apple take display tech next? Well, reports indicate that Apple will finally bring its ProMotion tech to the iPhone series — meaning that at least some models should offer a 120Hz refresh rate. This should make for a more responsive display, with smooth animations.

Unfortunately, ProMotion is only expected to come to the “Pro” models. The tech could one day come to more affordable iPhones, but it may be some time. The iPhone 13 may also finally get an always-on display, which would allow it to always show certain information like the time and some notifications.

Another update may come to the iPhone’s display — the return of Touch ID. Some rumors indicate that Apple will bring an in-display fingerprint sensor to the series. That will make it easier to unlock your phone when you’re wearing a mask. Still, most recent reports suggest that the feature will instead come to the 2022 iPhone series. And, when it does, it may not arrive under the display — instead, it may be included in the power button.

As is tradition for a new iPhone series, the new devices will bring a few improvements to the iPhone’s performance. The entire series is expected to get Apple’s new A15 processor, which is expected to stick with a 5nm process.

There have been conflicting rumors about the storage in the series. Early rumors, notably from Jon Prosser, indicated that the device might get storage options of up to 1TB. This has been corroborated by a report from 9to5Mac. However, since then, a report from TrendForce has come out in conflict with that, instead suggesting that the iPhone 13 series will stick with the same storage options as the iPhone 12.

The iPhone 13 may get faster wireless charging speeds too. According to a report from MacRumors, the device will get charging speeds of 25W. Current iPhone models offer 20W charging.

The iPhone 12 series represented a big step forward for the iPhone’s camera, bringing larger camera sensors that perform better in low light. The iPhone 12 Pro Max in particular performed excellently in that respect. Apple is expected to bring the tech that powered the iPhone 12 Pro Max’s camera to lower-end iPhone models for the new series. It’s currently unclear if only the Pro models will get it, or if all models will get it.

The two non-Pro models are expected to retain a dual-camera setup, with a main camera and an ultrawide camera. Like in the past, the two Pro models will likely get a triple camera system, adding a telephoto camera.

The iPhone 12 series was delayed, likely due to production complications that came from the pandemic. The release of this year’s device, however, is likely to be back on track. Apple is expected to announce the series in mid-September. It will likely release them to the public after a short pre-order period in mid-to-late September.