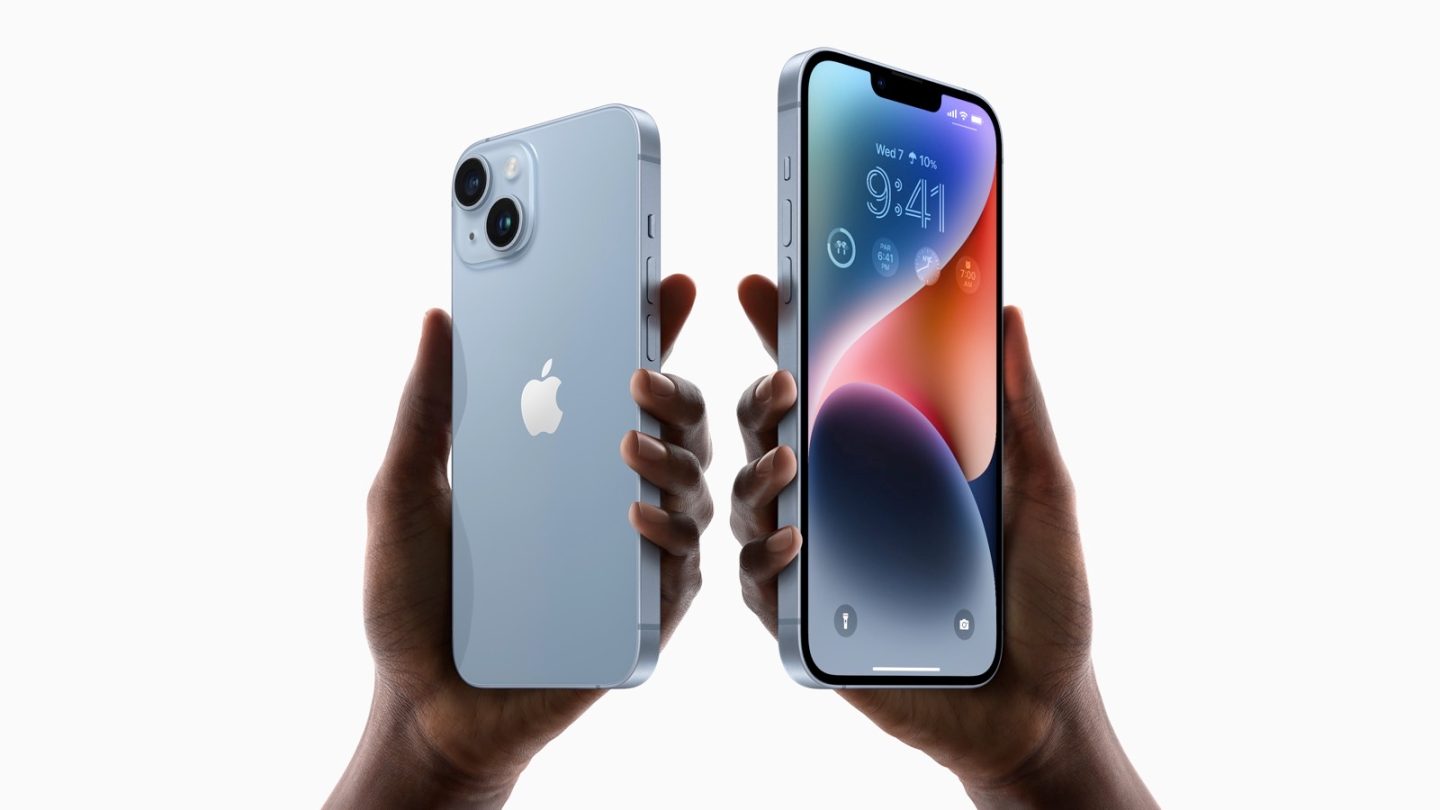 The last product announced during Apple’s September “Far Out” event is almost available to customers. With the embargo of the iPhone 14 Plus finally ending, we can take a look at the first impressions journalists and influencers had about the first iPhone Plus in five years.

The Verge, calls the iPhone 14 Plus in its review “a big deal.” The publication says this is “the new iPhone that most people want.” While The Verge praises the new display, it reminds the readers that this iPhone doesn’t offer all the pretty features the iPhone 14 Pro has on its display:

The 14 Plus’ display features a slightly higher 2778 x 1284 resolution than the 14’s, so even though it’s much bigger, it maintains roughly the same pixels-per-inch (458ppi compared to 460ppi on the 14). That means images look just as sharp on this screen — they’re just, you know, bigger, and you can see more emails or parts of a webpage before you need to start scrolling.

There’s no ProMotion, super-smooth scrolling 120Hz refresh rate here, which is a shame. Apple’s still reserving that for the Pro models, long after fast refresh rates have become the norm for Android phones at the same price. It’s not something you’ll miss if you’re coming from a phone with the same standard 60Hz refresh rate.

Engadget talks about another important feature available on the iPhone 14 Plus in its review: outstanding battery life, which should be another main reason people should upgrade to this phone:

The other big upgrade on the iPhone 14 Plus over the standard model is battery life, which is simply awesome. A lot of device makers talk about making handsets that can last multiple days, but in my experience, the iPhone 14 Plus is one of the few that actually delivers. Even with me going through standard setup, running a slate of benchmarks, watching a handful of YouTube videos and plowing through a bunch of levels in Ustwo’s charming tactics game Desta, I still finished the day with more than 45 percent juice left.

CNET also highlights both features above, but it’s interesting to read on its iPhone 14 Plus review how the selfie camera got a little, but important upgrade with autofocus:

One of the most underrated features on the 14 Plus might be the new TrueDepth camera, which now has autofocus. I don’t take many selfies regularly, but I was shocked to see how much better iPhone 14 Plus selfies looked compared to ones I took with an 13 Pro. Take a look below at selfies from each. You can see that the 14 Plus’ photo has tack-sharp focus. The 13 Pro’s selfie looks a touch soft.

The Wall Street Journal‘s Joanna Stern thinks customers must weigh in what they want the most in an iPhone this time – and she thinks iPhone 14 Plus can win the most hearts.

With four choices instead of three, it isn’t exactly a Goldilocks situation. But the Plus may be the “just right” option for those who have long wanted a bigger screen but didn’t want to pay a couple hundred extra for a Pro Max’s premium features. Plus, Apple claims the iPhone 14 Plus has the “longest battery life ever” in an iPhone.

According to my tests, it does keep going and going and going…but so does the Pro Max. When deciding on which big honking phone to buy, you must weigh the other major difference.

iPhone 14 Plus reviews and hands-on videos

More coverage: The iPhone 14 Plus is available now.