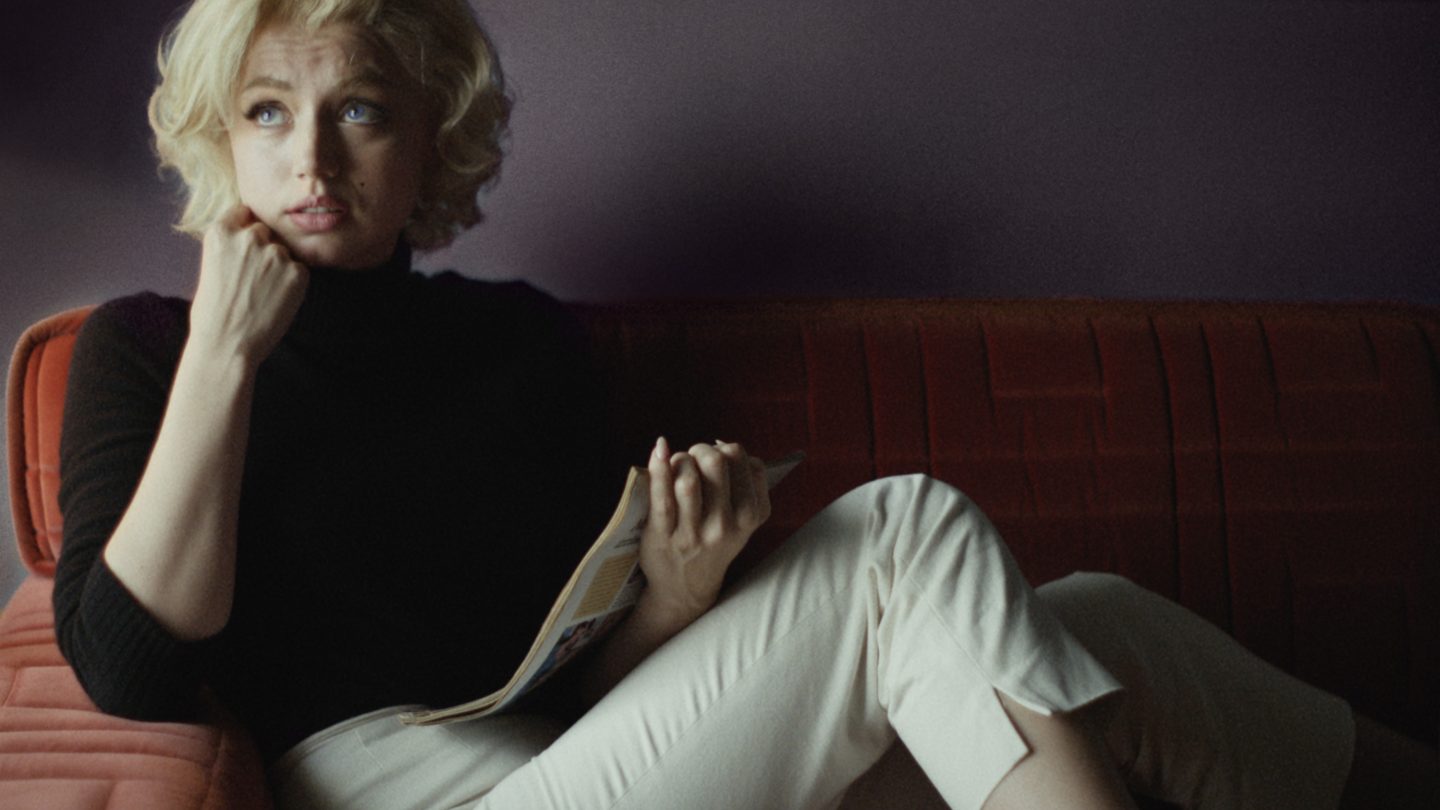 One of the most anticipated Netflix releases of the year — Blonde, in which Ana de Armas gives a career-best performance as Marilyn Monroe — hits the streamer next week, following an initial and limited theatrical run. This one is noteworthy for so many reasons, not the least of which are that it has Oscar bait all over it; it will also be Netflix’s first movie rated NC-17; and Ana has once again shape-shifted, chameleon-like, into a role that will no doubt leave many viewers’ mouth agape and in awe.

As always, though, there’s also a lot more to check out on Netflix over the coming days, too. That’s why, as we do every Friday, we want to highlight some of the biggest and most interesting Netflix releases debuting over the coming week — partly to help subscribers wade through the staggering abundance of choice on the service. Our other recent content from the streamer, by the way, includes peeks at upcoming Netflix content from the TUDUM event.

For an even more narrowly curated look at the best of what’s on the service right now, we also offer guides covering the biggest Netflix shows at the moment, as well as under-the-radar new releases (like the fantastic Swedish crime drama Snabba Cash). Plus early looks at new content, like the 145 titles that will be new on Netflix in October.

Let’s start, though, with the far-and-away biggest Netflix release that’ll be available to stream in the coming days.

Blonde (coming on September 28) will add, first of all, yet another title to an already pretty sizeable library of Ana de Armas movies available to stream on Netflix. Based on the bestselling novel by Joyce Carol Oates, her newest film, according to Netflix, “boldly reimagines the life of one of Hollywood’s most enduring icons, Marilyn Monroe.

“From her volatile childhood as Norma Jeane, through her rise to stardom and romantic entanglements, Blonde blurs the lines of fact and fiction to explore the widening split between her public and private selves.”

I caught a theatrical screening of the movie in advance of its Netflix debut. You can read my full review of Blonde right here. But, in short: It’s one of the darkest, most lurid, and unsettling movies I’ve ever seen in my life. Suffice it to say: The Discourse around this one is not going to be pretty.

But Blonde is not, of course, the only high-profile new Netflix movie we’ve got to talk about.

In the new Netflix drama Lou, for example, Allison Janney plays a hard-bitten former CIA spook in what basically amounts to a female-led twist on Liam Neeson’s shoot-’em-up and take no prisoners Taken franchise. Also starring Jurnee Smollett (and now streaming on Netflix), the action- and suspense-heavy plot here is pretty straightforward.

Thinking she’d put her dangerous past behind her, Netflix’s synopsis explains, “Lou (Allison Janney) finds her quiet life interrupted when a desperate mother (Jurnee Smollett) begs her to save her kidnapped daughter. As a massive storm rages, the two women risk their lives on a rescue mission that will test their limits and expose dark and shocking secrets from their pasts.”

So far, the early reviews look a little tepid — which, as I’ve covered before, reflects an ongoing trend when it comes to Netflix movie releases. Over at Rotten Tomatoes, the critics’ score for this new Netflix release stands at 68% based, on 19 reviews so far. Not bad, but also not great. The audience score for Lou, though, already is at a very tepid 57%, which is probably not a good sign — but, again, we shall see, as more reviews come in.

Meanwhile, here’s a snapshot of some of the additional Netflix releases hitting the streamer over the coming days.

Fullmetal Alchemist — The Final Alchemy: Netflix’s synopsis: “The Elric brothers’ long and winding journey comes to a close in this epic finale, where they must face off against an unworldly, nationwide threat.” Release date: September 24.

Nick Kroll — Little Big Boy: In addition to acting, funnyman Nick Kroll has performed standup for 20 years. This Netflix release, meanwhile, marks his standup comedy special debut with the streamer. It was filmed at the Warner Theatre in Washington DC. Release date: September 27.

A Trip to Infinity: In this Netflix documentary film, mathematicians, cosmologists, and particle physicists give us a deep dive into the nature of infinity as a concept — and talk about its implications for the universe. Release date: September 26.

Last but not least, do you remember the crazy saga around GameStop and its stock price from 2021?

Here’s a quick refresher. Basically, over the course of just a few days, Redditors managed to drive up GameStop’s share price by more than 5,000%. Looking to exploit immense short interest in shares of the video game retailer, Redditors on r/WallStreeBets mobilized en masse and started buying up GameStop shares at a rapid clip. As demand drove the price up, hedge funds with short positions on the stock were forced to close their positions, which only served to drive shares up even higher.

That story is now the subject of a Netflix limited documentary series: Eat the Rich: The GameStop Saga (coming September 28).

Executive produced by Emmy and Academy Award-winning filmmakers Dan Cogan and Liz Garbus, Netflix explains, “this lively, comedic documentary series captures the wild ride of a group of misfits who banded together online to rescue GameStop, a company they loved when they were kids.

“Coalescing on Reddit, TikTok, and Discord, they capitalized on a new age of investing with their thumbs to thwart Wall Street’s cynical ploy to burn the company down.”

We should add that the trailer alone, below, has already gotten a number of Redditors hot enough that they’ve threatened to cancel their Netflix subscriptions. For reasons that include everything from feeling like this Netflix release is basically “propaganda against retail investors” to the inclusion of a flippant-sounding comment in the trailer, below, from controversial Washington Post journalist Taylor Lorenz:

“YOLO, you know,” she says with a smile. “Let’s destroy the economy.”