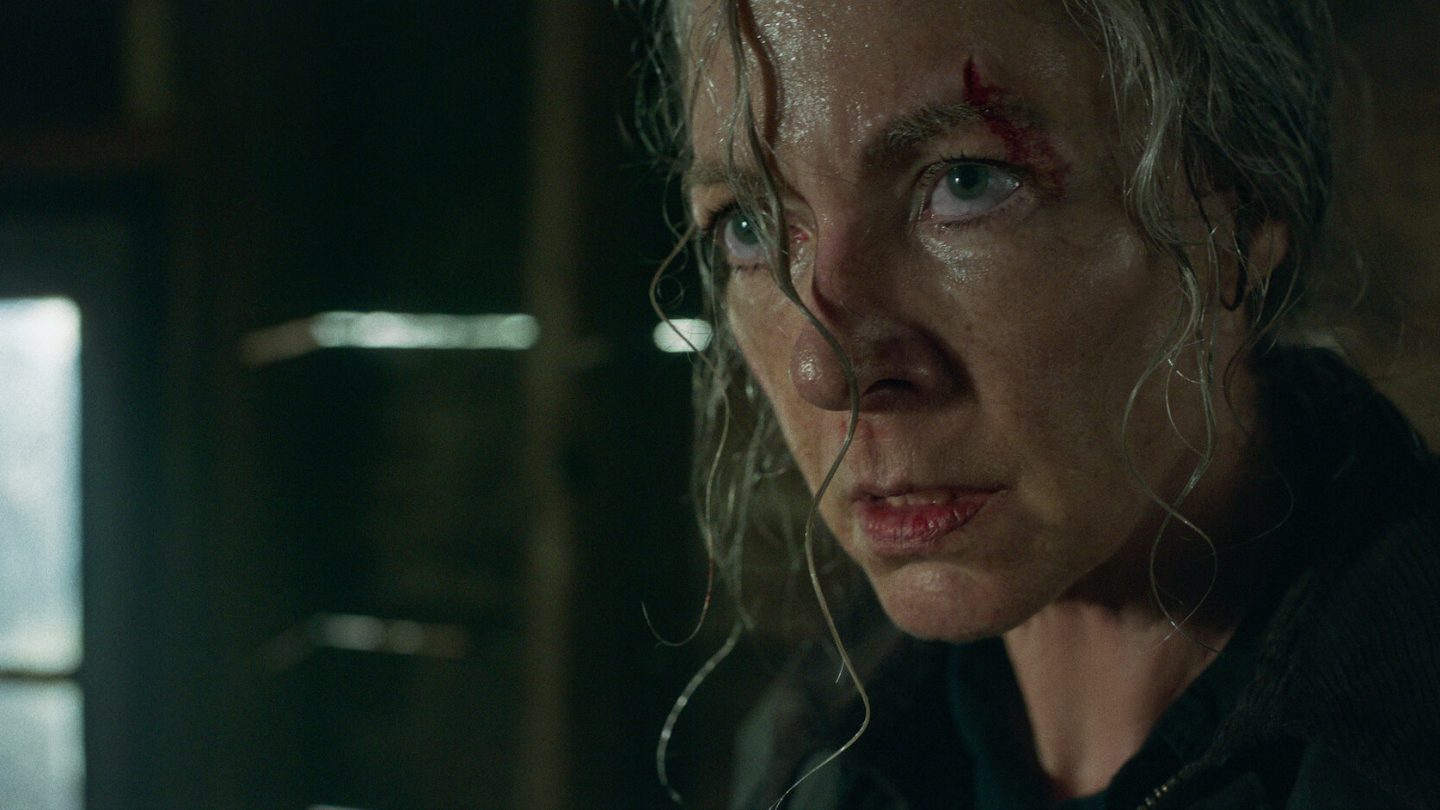 My first introduction to Allison Janney as an actress, and the role for which she’s probably best known to many of you, was as the calm and steady White House press secretary C.J. Cregg in NBC’s landmark drama The West Wing. And if, like me, the first thing you think of when you hear Janney’s name is the sight of the White House briefing room — well, let’s just say you are going to have your mind blown by her new Netflix movie Lou, an action-packed thriller that’s #1 on the streamer in the US right now.

Imagine a female-driven version of something like John Wick, mixed with Liam Neeson’s Taken. That’s more or less the end result of this Netflix original, wherein Janney plays the titular Lou — a mysterious loner living a quiet life with her dog while battling demons from her past.

One day, during a storm, a neighbor’s little girl is kidnapped. Jurnee Smollett plays the mother, who teams up with Lou to try and get her back.

“Thinking she’d put her dangerous past behind her, Lou (Allison Janney) finds her quiet life interrupted when a desperate mother (Jurnee Smollett) begs her to save her kidnapped daughter,” Netflix explains about the movie — which debuted on Friday, September 23, and is already the top movie in the US.

“As a massive storm rages, the two women risk their lives on a rescue mission that will test their limits and expose dark and shocking secrets from their pasts.”

READ MORE: New Netflix releases: 6 movies and shows everyone will be talking about next week

So far, the movie has drawn not great but not bad ratings. On Rotten Tomatoes, Lou currently enjoys a 63% critics’ score and a 69% audience score.

After you’ve checked out the movie and are looking for what else to stream on Netflix, meanwhile, peruse our “New on Netflix” guide for October if you need some fresh ideas. It includes 145 new titles coming to the service next month.