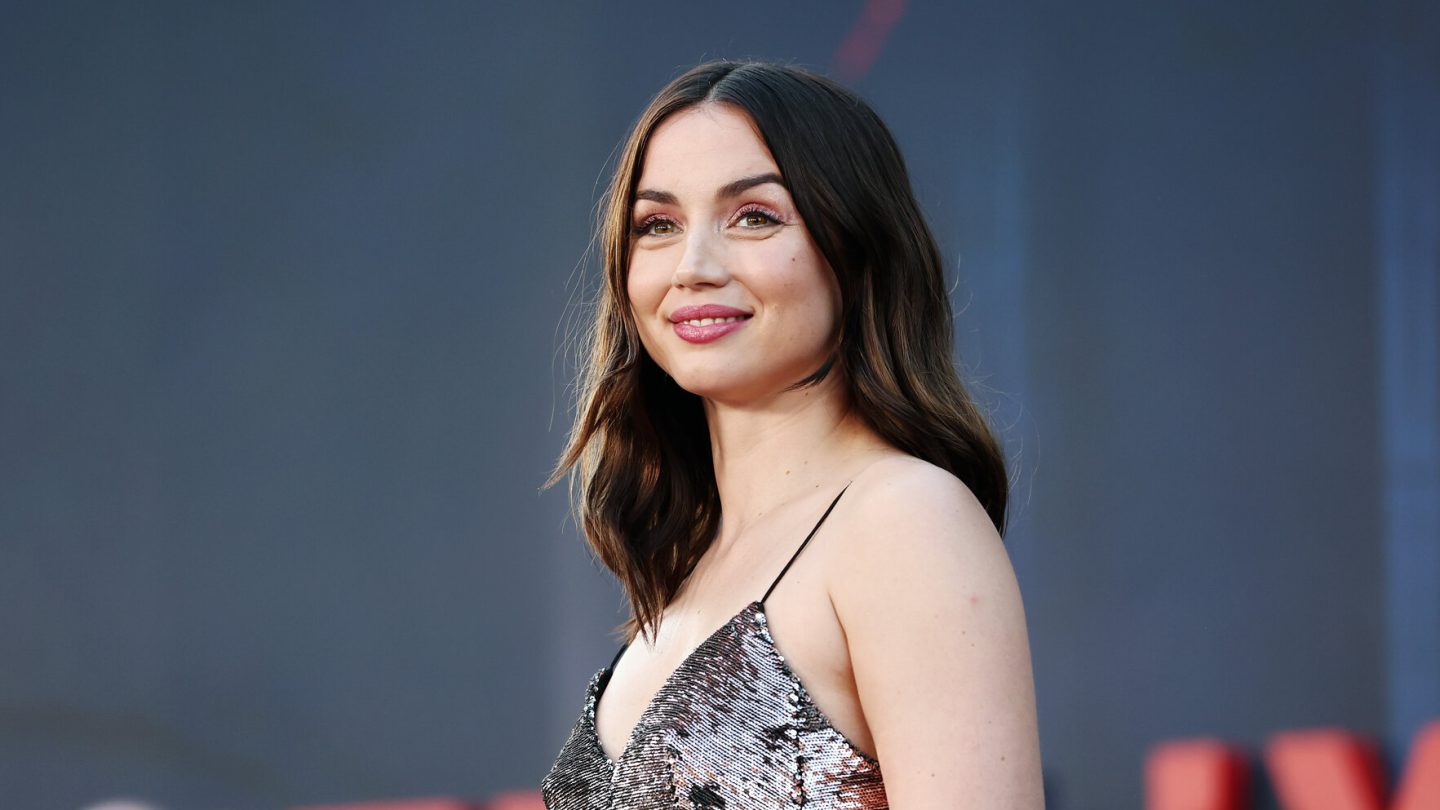 On paper, a brunette Cuban actress might sound like an odd casting choice for the role of Marilyn Monroe in one of Netflix’s most anticipated new movies coming later this year. The simple fact of the matter, though, is that when it comes to Ana de Armas — stay with us here, because this is a kind of Hollywood-insidery take that might be a little hard to follow — she is a scene-stealing, heart-breaking, impossible-to-dislike performer who is apparently bound by nothing.

From Netflix originals like Blonde and Sergio to third-party blockbusters available to stream on Netflix like Blade Runner 2049, these are some of the titles you should absolutely check out if you’re a fan of Ana de Armas.

We’ll start with her newest title available on the platform. She’s a key part of the cast in Netflix’s current #1 movie worldwide The Gray Man, in which Ana plays ass-kicking CIA agent Dani Miranda.

She’s arguably a side character in this film that pits Ryan Gosling and Chris Evans against each other — one, an elite CIA operative, and the other a psychopath who works for the agency off the books. Critics who disliked the movie gave low marks to the leads and to an overall too-slick feel pervading this adaptation of writer Mark Greaney’s spy novel series of the same name.

But Ana “remove yourself from my personal space” de Armas was a joy to watch. Moreover, her performance will get viewers stoked to see her in her upcoming John Wick spinoff. Promising Young Woman’s Emerald Fennell is working on that script, so it should be quite a knockout.

READ MORE: This feel-good Netflix drama is the streamer’s biggest show in the world right now

Coming this fall, Ana’s performance as Marilyn Monroe already looks to be one to remember. The teaser trailer has already been viewed more than 5 million times on YouTube. No doubt from audiences who have been left slack-jawed at her uncannily accurate metamorphosis into the late starlet.

Check out the official trailer for Blonde that Netflix released on July 28. A film that, if you ask us, clearly already has Oscar contention written all over it:

If those weren’t enough, we’ve also got four more titles for Ana de Armas titles to check out on Netflix. From an Iraq war drama and a sequel to a sci-fi classic.

In this satire of the Iraq war from Todd Phillips, Ana plays “Iz,” the girlfriend of arms dealer David Packouz (portrayed here by Miles Teller). What’s more, she’s something of a moral center of the film — as evidenced by the way she reveals what her husband really does for work. From Netflix’s Tudum site: “It’s an early high-profile English-language performance for the Cuban-born actor, and she’s a hypnotic presence, difficult to look away from.”

Ana has a smaller part in this 2020 film about Cuban spies in the US during the 90s. But, again coincidentally, she plays the wife of Wagner Moura’s Juan Pablo Roque. (Coincidentally, because she and Wagner were both love interests in Sergio.)

And finally, last but by no means least, is Ana’s work in Denis Villeneuve’s sequel to Ridley Scott’s Blade Runner. As in The Gray Man, de Armas stars opposite Gosling, this time as a holographic companion called Joi.