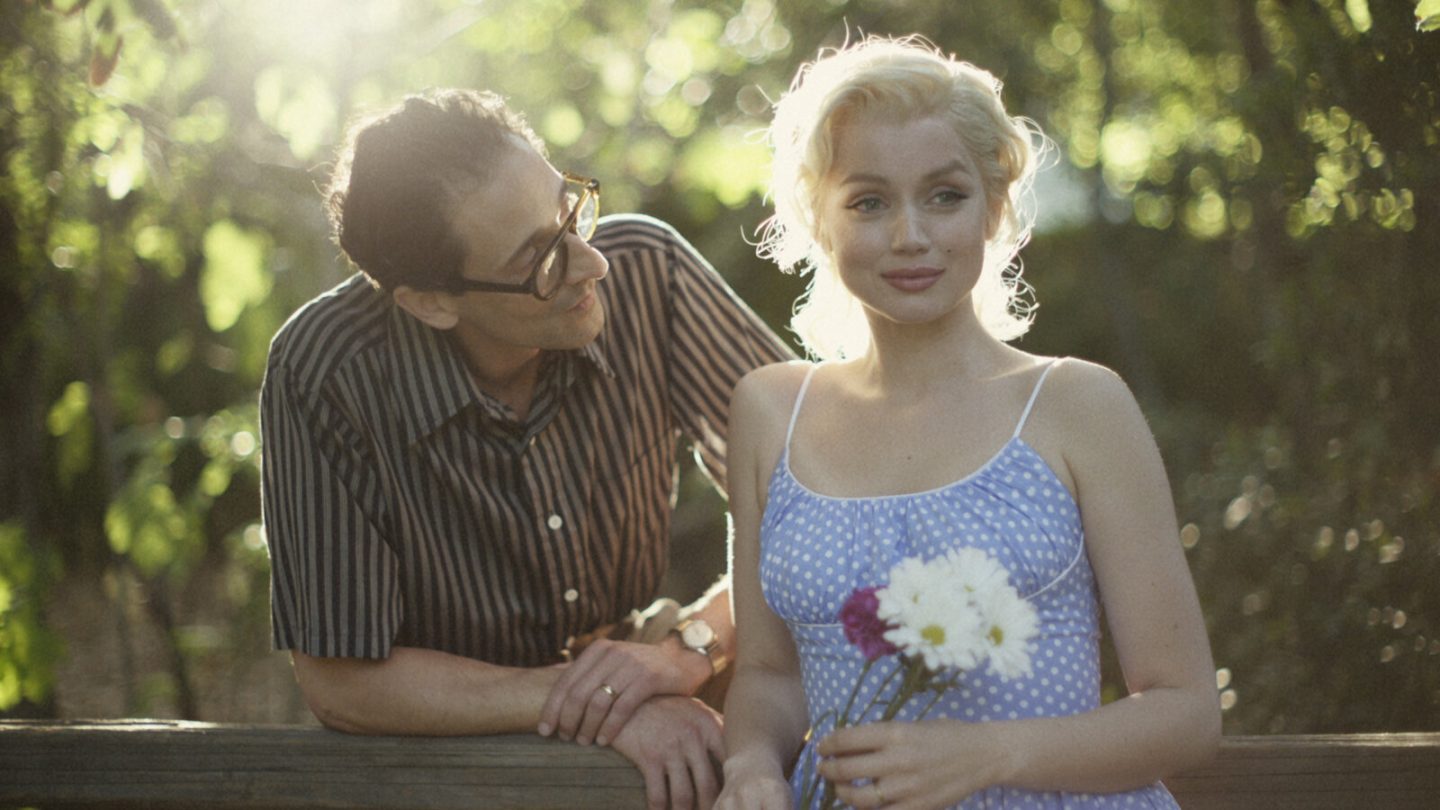 Having just returned home from a theater screening of the Netflix movie Blonde, the not-quite Marilyn Monroe biopic from writer/director Andrew Dominik that earned the streamer its first NC-17 film rating and which stars Ana de Armas in all the late starlet’s breathy-voiced and effervescent glory, let me begin this review by posing a challenge.

I’d like you to take a quick moment, if you don’t mind, and try to conjure up a memory of the most unsettling, disturbing film you can recall ever subjecting yourself to. It can be something you caught in a cinema, or a streaming release that you watched at home — anything. Just as long as the movie shocked you or evoked a feeling of revulsion.

Whatever you choose, be assured: It is, in fact, a Pixar film compared to the menagerie of misery, pain, depravity, and violence that awaits viewers who choose to stream the nearly 3-hour-long Blonde following its debut on the streamer on September 28. Is this one worthy of your time, or does Blonde belong on a list of Netflix originals to avoid? Based on the Rotten Tomatoes scores, for example, you might assume it’s the latter — but you can decide for yourself, after reading more about the movie below.

For the unaware, the bubbly Diamonds Are a Girl’s Best Friend version of the iconic silver screen beauty is nowhere to be found herein. This is, rather, a Netflix movie that reduces Marilyn to the sum total of the child abuse, mental illness, rape, sexism, abortion, drugs, and physical abuse from at least one husband that all, yes, conspired to her set her hurtling toward a destructive end.

Unfortunately, in Dominik’s hands, that’s pretty much all that Blonde is. The movie tries to say something, I suppose, about the litany of evils Marilyn had to endure — by, paradoxically, forcing the viewer to wallow in it all. And I do mean all of it. Or, more specifically, all of the things I mentioned above.

Perhaps because of Dominik’s past work, though, I was prepared to give him the benefit of the doubt here after his protestations over the NC-17 rating. After all, this is the same director behind one of the most criminally underrated films of all time: The Assassination of Jesse James by the Coward Robert Ford (which Brad Pitt, incidentally, has said is his favorite movie he’s ever starred in).

As for Blonde, Dominik told Vulture he felt “surprised” by the NC-17 rating, since he’d thought “we’d colored inside the lines.”

“Americans are really strange when it comes to sexual behavior, don’t you think?” Dominik continued in that interview.

“People are uncertain about where any lines are”

Or when we saw a drugged-up Marilyn vomiting into the toilet, except the camera was pointed up at Marilyn so that it looked like she was heaving onto us, the audience.

“We’re in a time now, I think, where people are really uncertain about where any lines are,” Dominik added in that Vulture interview.

That’s the same director, mind you, who — when it comes time for the infamous city street scene in Blonde, when Marilyn’s dress is blown upwards — decides to luridly drag that moment out. To have her dress keep blowing up and down, up and down, and to then slowly zoom the camera in on what she’s wearing underneath.

“I’m not concerned with being tasteful,” Dominik told Sight and Sound.

I’d be remiss, meanwhile, if I didn’t say a word about the fearless performance Ana de Armas gives in Blonde. It’s not just the uncanny resemblance, or the mannerisms she mimics — or even the work she did to hide (not completely, but almost) her Spanish accent. She disappears, wholly and completely, into this character.

It’s just a shame that praising her work gives me pause. Because to do so is to inadvertently praise a movie that at times seems like its whole goal is simply to make you, the viewer, feel as uncomfortable as possible. Again and again and again.

From a technical standpoint, this Netflix movie is a masterpiece. But when you’re not looking away in horror, it’s hard not to feel like the content of the film in front of you is really just exploiting Marilyn all over again, under the guise of wagging a scolding finger at that exploitation. You have been warned.

Where to begin. Multiple explicit sex scenes. An abortion scene, in which the camera appears to be looking out from Marilyn’s vagina, as a doctor’s tongs approach the viewer. Multiple rapes. A scene involving Marilyn and JFK too explicit to describe here. All of that, and more, no doubt played a part.

What time is Blonde released on Netflix?

Blonde will be available at 12 am Pacific Time on Wednesday, September 28.

Is Blonde based on a true story?

The movie is adapted from Joyce Carol Oates’ novel, Blonde. The novel, and the Netflix movie, are not straightforward biographies, but rather a narrative “reimagining” of the starlet’s life.

Are there any Marilyn Monroe movies on Netflix?

In April 2022, Netflix released The Mystery of Marilyn Monroe: The Unheard Tapes — a documentary directed by Emma Cooper.