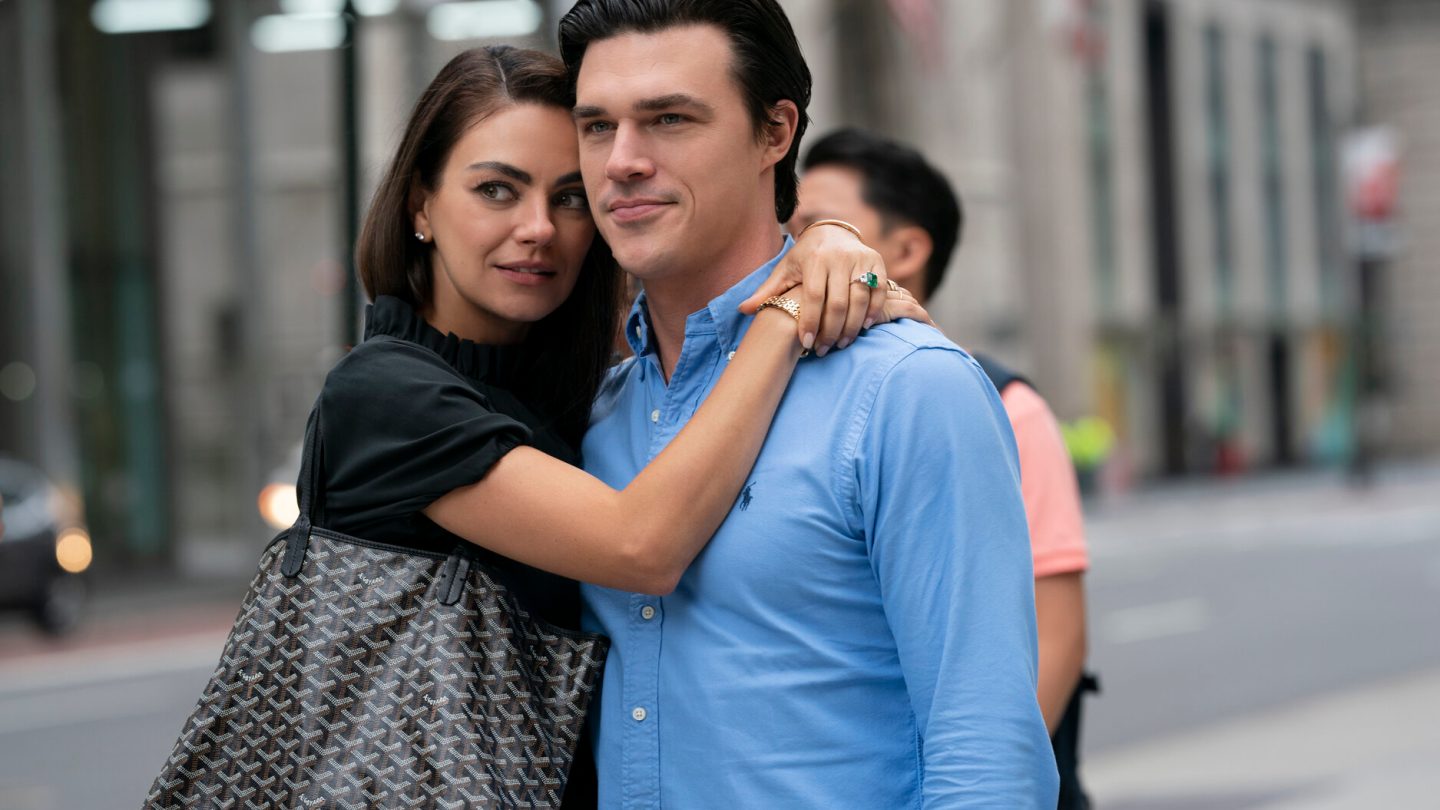 October is an important month for Netflix, with the streaming giant set to report its latest quarterly earnings just over a week from now. Analysts, of course, will be watching for signs of, among other things, growth or a slowdown in the company’s subscriber base — which depends, in turn, on the quality of the ongoing Netflix releases that debut on the service each week.

Along those lines, check out our latest rundown below detailing several of the newest Netflix releases (eight, in total) that will no doubt drive a significant amount of streaming activity over the coming week. The list below has previews of everything from a high-profile new Mila Kunis Netflix movie to a new K-drama, a comedy from Ireland, and much more.

One of the highest-profile new Netflix titles at the moment is the new film Luckiest Girl Alive (now streaming on Netflix), in which Mila Kunis plays Ani FaNelli, described as “a sharp-tongued New Yorker who appears to have it all.”

Ani works at a glossy magazine — not that I remember the last time I actually held one in my hands, but let’s just go with it — plus she has a dream Nantucket wedding coming up. And then, the movie lowers the boom.

We soon learn why Ani is, in fact, the “luckiest girl alive” when the director of a crime documentary shows up, wanting to get her side of a story — rather, a shocking incident — that took place years ago, when she was still a teenager.

Ani, as you can imagine, is subsequently forced to confront something dark and awful that she’d tried to keep in the past that now threatens to upend her seemingly ideal life.

A word of warning: This is another in a string of recent Netflix releases that is built around some extremely triggering content. So proceed with caution.

Hey gang, quick heads up about Luckiest Girl Alive on Netflix: the description says it's about a school shooting, but the story is also very much about rape and PTSD.

It's done very realistically and graphically.

Friday, October 7, also brought the release of the third and final season of one of the most criminally underrated Netflix releases — Derry Girls, a show that balances the antics and drama stemming from a group of teenage friends growing up together with the backdrop of the Northern Ireland politicial conflicts of the 1990s.

The new season consists of seven episodes, which once again bring heart, humor, and Irish sensibilities to this sweet and satisfying series.

Standout moments for me, over the course of the series, include one particular scene at the end of season one, when the show’s core group of girls are dancing and laughing on a school stage — just an ordinary group of children, at what could have been an ordinary school anywhere in the world.

Except for the way the scene cuts back and forth between the school and the kids’ home, where their parents are huddled around a TV watching a news report about a horrific bombing amid The Troubles. It’s an emotionally devastating moment, made all the more so by the soundtrack’s use of The Cranberries’ Dreams. “All my life, is changing every day, in every possible way …”

Moving right along, meanwhile, Friday also brought a new K-drama that we got our first look at during Netflix’s 2022 TUDUM event last month.

The streaming giant didn’t tease too much ahead of the debut of the new 16-episode series Glitch (now streaming), beyond the following brief plot summary: “Jihyo, who can see aliens, and Bora, who has been pursuing them, search for Jihyo’s boyfriend, who disappeared without a trace, and encounter an ‘unidentified’ mystery.”

Given that one of the main characters in this series is able to “see” aliens — and with her boyfriend seemingly having been taken away by them — you can probably imagine how there are all sorts of entertaining story possibilities that open up from there. The two main actresses, for example, will encounter skeptics, believers, religious groups, and more as they probe the mysteries of the universe.

As for some additional new Netflix releases to check out over the coming days:

The Midnight Club: This series is based on a 1994 novel, as well as additional works, by Christopher Pike. It’s the story of eight patients at a hospice for terminally ill young adults who gather every midnight to tell each other stories. They eventually make a promise that the next one to die will share a sign with the group from the great beyond. Now streaming.

Iliza Shlesinger: Hot Forever: I’ve interviewed Iliza before, and let me tell you — this woman is the human equivalent of the strongest cup of coffee you can possibly imagine. She’s an uproariously funny comedian, but she has more energy than I think I’ve ever seen a single human display. I’m exaggerating, of course, but only just. The standup set in her new Netflix release touches on everything from ugly bras to “why every man needs a box spring.” Release date: October 11.

The Mole: Alex Wagner, who’s just taking over most of Rachel Maddow’s weekly MSNBC nightly hosting duties, is the host of this reality series reboot in which 12 players complete various challenges — while also trying to figure out who among them is actively sabotaging them. Release date: New episodes every Friday.

Wild Croc Territory: Per Netflix, “Matt Wright and his fearless team of crocodile wranglers catch and relocate some of the world’s most ferocious reptiles in Australia’s wild Outback.” Release date: October 12.

Finally, it should probably come as no surprise that with the most-watched Netflix release at the moment (in the US, as well as worldwide) being Ryan Murphy’s new Jeffrey Dahmer series, the streamer would also follow that up with a true-crime limited docuseries to try and capitalize on renewed interest in Dahmer and his crimes.

Conversations with a Killer: The Jeffrey Dahmer Tapes, is the third in a series from director Joe Berlinger (and is now streaming on Netflix). It features, among other things, never-before-heard audio interviews between Dahmer and his defense lawyers, and tries to probe the killer’s warped psyche while tackling questions of police accountability.