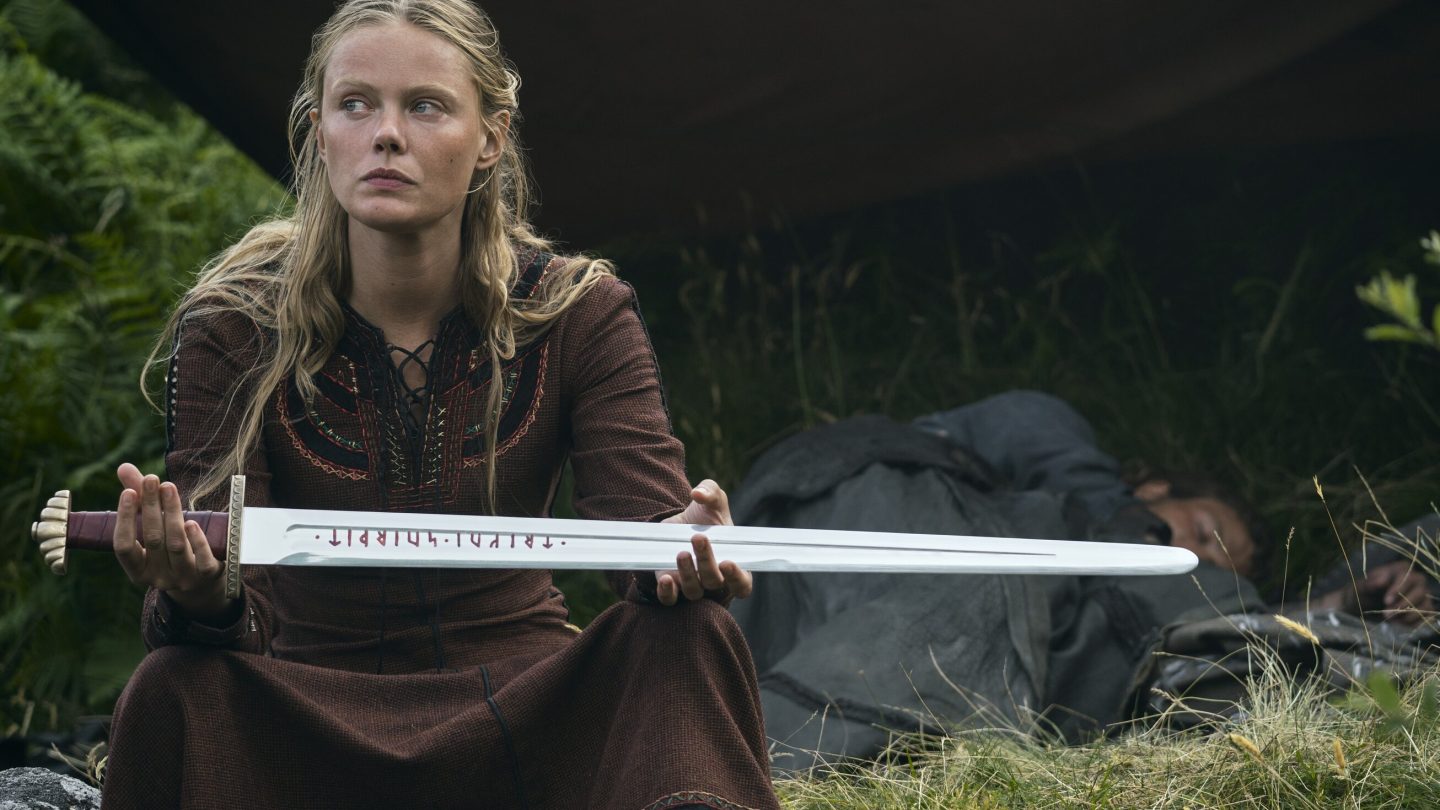 Netflix has started the year off strong, as the first week of 2023 draws to a close, with no less than three Netflix releases that have come out in recent days dominating the streamer’s Top 10 chart in the US.

In last week’s edition of our regular look-ahead at what’s coming to Netflix, we previewed those three new releases — Ginny & Georgia Season 2, Kaleidoscope, and Madoff: The Monster of Wall Street — all of which have since rocketed up Netflix’s US chart to occupy the top three positions (as of this writing). We’ll have to see if any of this coming week’s new titles can pull off the same feat, although my money is certainly on this first one below.

We’ll kick off our rundown this week with one of Netflix’s biggest hits of the past year — Vikings: Valhalla, which dramatizes the stories of some of the most famous Vikings who ever lived, and which has actually had Season 2 in the can for a while now. A third season is also on the way, as well.

Netflix is dropping the 8-episode Season 2 of Vikings: Valhalla — one of the highest-profile releases debuting over the upcoming week — on January 12. In Season 2, the story picks up shortly after the tragic fall of Kattegat, with the central figures now finding themselves suddenly fugitives and adrift in Scandinavia. They’re forced to test their ambitions and courage in worlds beyond the fjords of Kattegat.

This is what a Netflix hit looks like: As a testament to how popular this release is among Netflix subscribers, an 8-episode third season has also already been green-lit. When Season 1 debuted in early 2022, it quickly shot to the top of Netflix’s Top 10 chart with 113.3 million hours viewed. And it garnered more than 80 million hours of viewership in its first two days of streaming availability alone.

Moving right along: “Have you heard about Kai, the hitchhiking hatchet hero?“

The TV news personality heard in the trailer below for this new Netflix documentary release can barely continue his glee. And, really, we were all a little like that after the widespread dissemination of a 2013 viral video in which the nomadic man who identified himself as “Kai” described saving a woman’s life by grabbing a hatchet to “smash, smash, suh-MASH” her attacker.

The Hatchet Wielding Hitchhiker, coming to Netflix on January 10, chronicles Kai’s rise as a viral sensation … and then the “steep downward spiral that resulted in his imprisonment.”

Additional titles to check out

Among some of the other forthcoming Netflix releases worth checking out next week, there’s a slew of everything from new docuseries to true-crime titles, Spanish-language releases, and much more.

Mumbai Mafia: Police vs the Underworld: From the official synopsis of this true crime Netflix release — “In 1990s Mumbai, a crime boss and his network wield unchecked power over the city — until the rise of ‘encounter cops,’ who brazenly kill their targets.” Now streaming.

Sky Rojo: On paper, this Spanish-language drama sounds like something Quentin Tarantino would have a field day with. In Sky Rojo, a trio of fed-up sex workers makes a getaway from their brothel and menacing pimp, but the voyage to freedom and a new life will entangle them in shoot-outs and all sorts of other chaos along the way. The cast here also includes Lali Esposito, an Argentinian pop singer who’s objectively perfect in everything she does. Release date: January 13.

Break Point: This 10-episode documentary series comes from the team behind F1: Drive to Survive. Break Point follows a group of elite tennis players as they compete in Grand Slams and tournaments around the world. Release date: January 13.

Sexify: This 8-episode series is the story of how Natalia, an ambitious computer science student, dreams of winning a prestigious competition by creating an application built around intimacy and fulfilling people’s sexual needs. It’s a funny and light-hearted looking at growing up and young women discovering who they are. Season 2 release date: January 11.

Last but not least is a movie we mentioned last week that we’re re-upping because it finally hit the streaming giant on Friday.

Scott Cooper’s The Pale Blue Eye is a period film starring Christan Bale as Augustus Landor, a world-weary detective in 1830 investigating the murder of a West Point cadet. Even though he was hired to look into the killing, he runs into opposition in the form of the cadets’ unbreakable code of silence — forcing him to turn to a young man by the name of Edgar Allan Poe for help.

As of its first day of streaming availability, The Pale Blue Eye has a solid 73% audience score on Rotten Tomatoes and a 66% critics’ score.