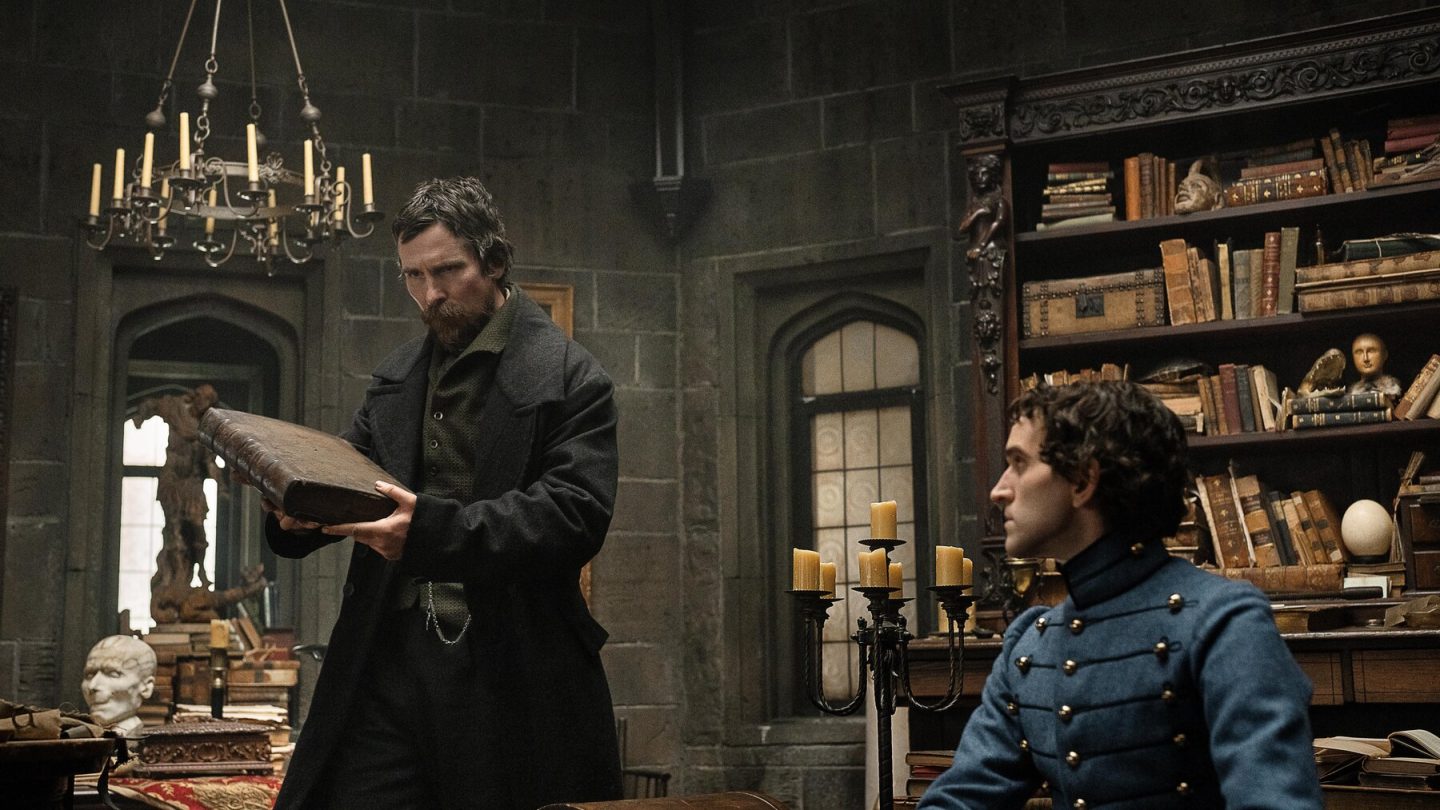 Netflix’s 2023 movie release slate gets underway in earnest this week, with a spooky new Christian Bale-led murder mystery — The Pale Blue Eye — set to arrive on the streaming giant this Friday.

The film, from director Scott Cooper, got a limited theatrical run that kicked off towards the end of December. It boasts a cast that also includes Gillian Anderson, Lucy Boynton, and Harry Melling, and it’s based on the novel of the same name by author Louis Bayard.

The story is set around West Point in 1830, and Bale plays a world-weary detective hired to investigate the death of a cadet. The other cadets remain unhelpful and tight-lipped, so Bale’s detective turns for help to an as-yet-unknown young man by the name of Edgar Allan Poe.

“In the early hours of a gray winter morning, a cadet is found dead. But after the body arrives at the morgue, tragedy becomes savagery when it’s discovered that the young man’s heart has been skillfully removed. Fearing irreparable damage to the fledgling military academy, its leaders turn to a local detective, Augustus Landor (Christian Bale), to solve the murder. Stymied by the cadets’ code of silence, Landor enlists the help of one of their own to pursue the case, an eccentric cadet with a disdain for the rigors of the military and a penchant for poetry.”

We should add that The Pale Blue Eye is also one of the highest-profile Netflix releases set for this month, a period during which the streamer’s subscribers will also get big new titles like Vikings: Valhalla Season 2, That ’90s Show, and Fauda Season 4.

Critics and audiences who’ve checked out the new movie so far, meanwhile, have given it generally decent marks.

On Rotten Tomatoes, The Pale Blue Eye currently enjoys a strong 74% audience score, as well as a 66% score from critics. “Superb acting,” raves one of those viewers on the review site. “Harry Melling is exceptional. A perfect mystery for those who enjoyed Shutter Island, The Revenant, and moody dark mysteries.”