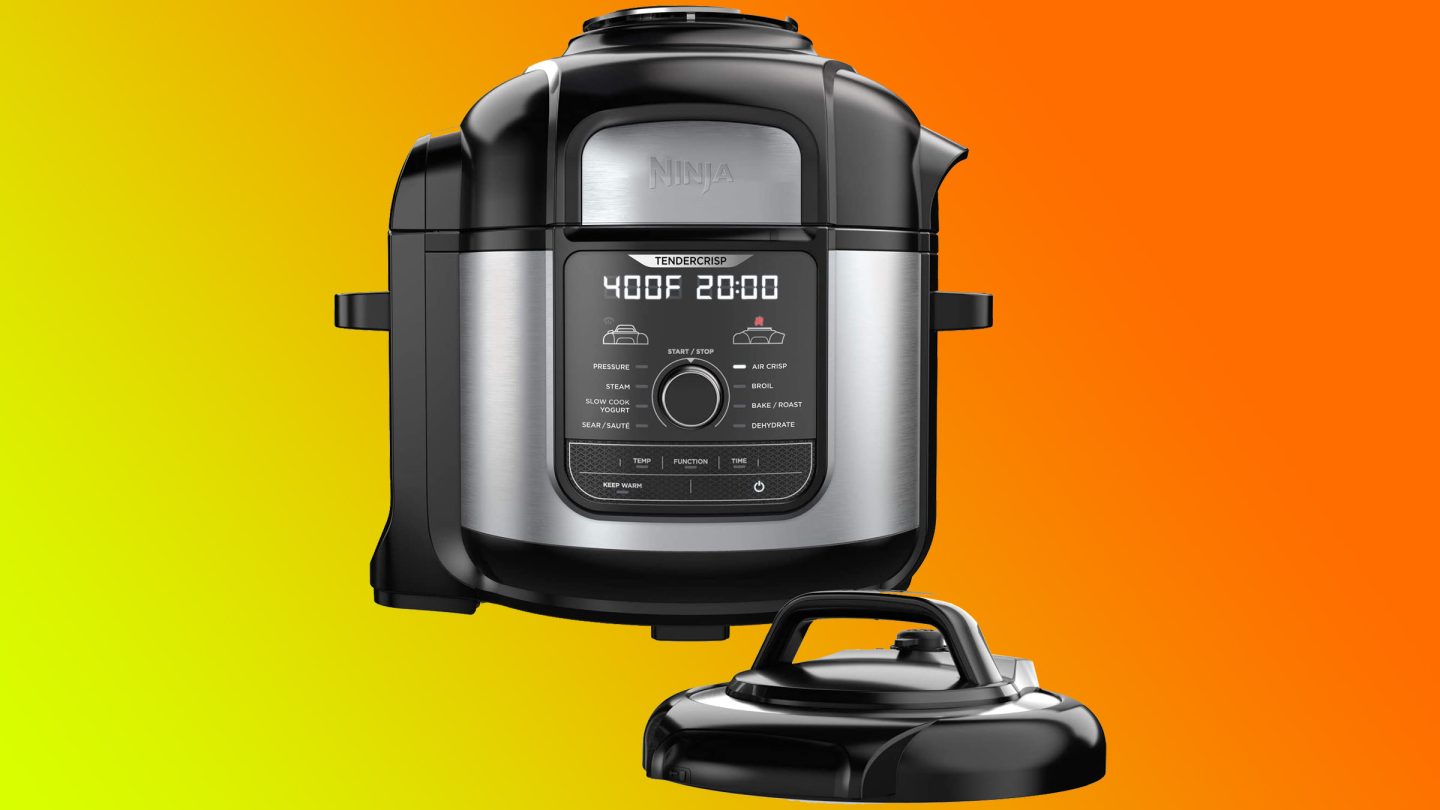 Can you believe that the Instant Pot Duo Plus is on sale for only $79 right now? This model is the best option out there when it comes to basic multi-cookers. But what if you could a similar device that also has built-in air frying and so much more? Amazon has some amazing Ninja Cyber Monday deals for 2022 that you definitely need to check out.

Featured deals in this article 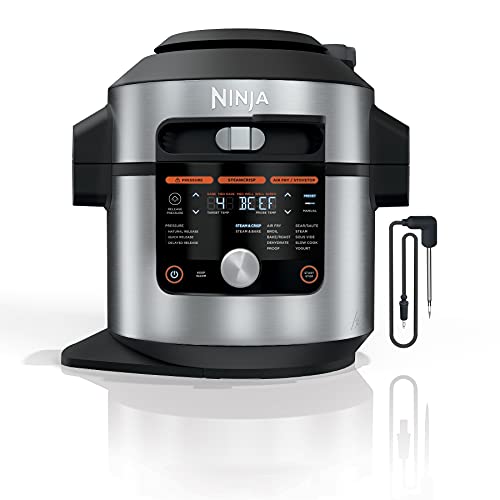 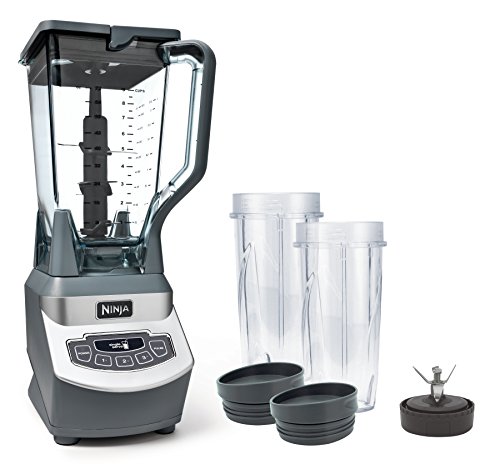 Whether you want air fryers, blenders, tea and coffee makers, or other great devices, Ninja has some terrific sales to pay attention to. Here are some of the best Ninja Cyber Monday deals for 2022. 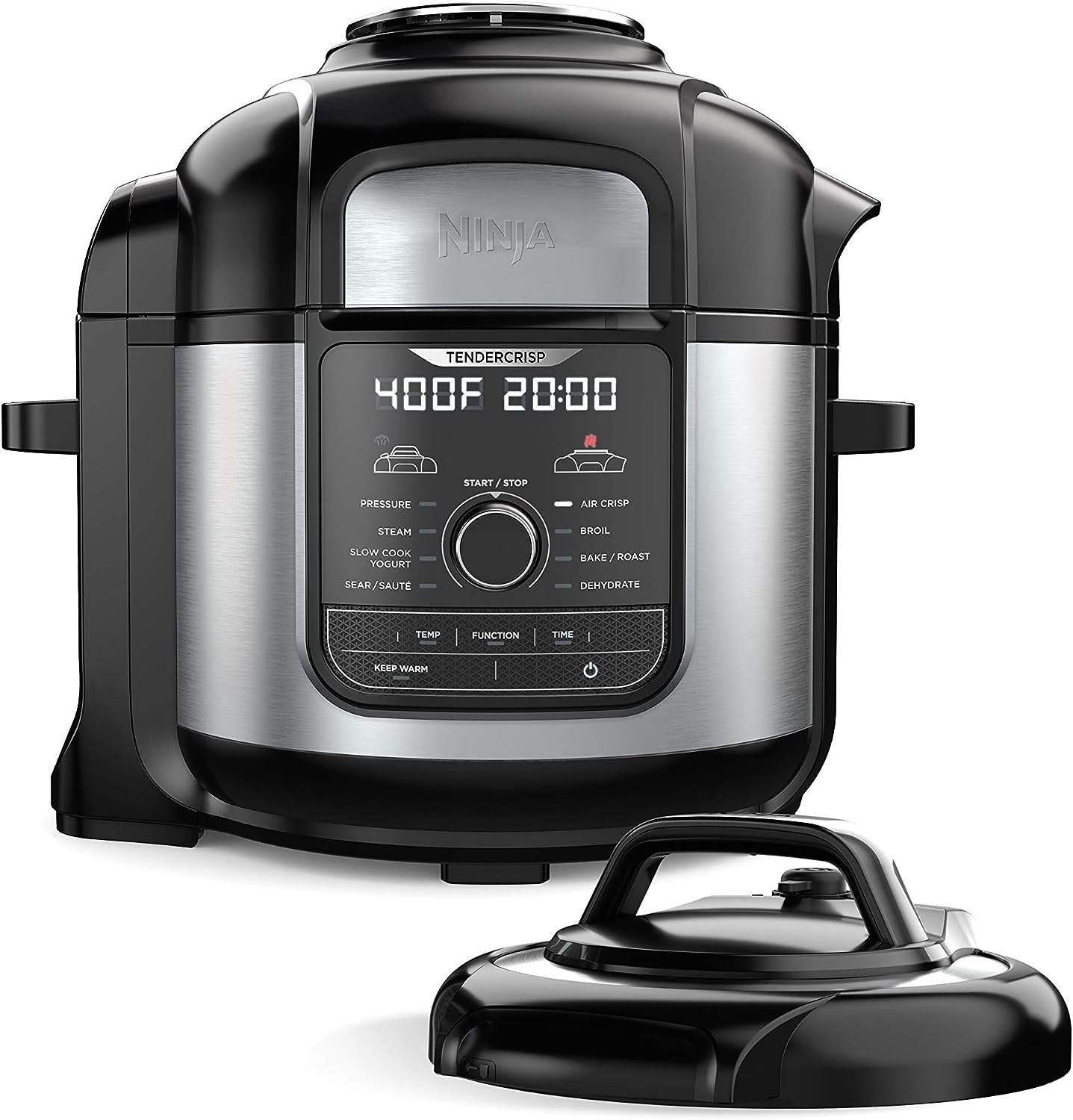 Everyone knows that Instant Pots are awesome. And everyone also knows that they’re often on sale at Amazon with great discounts. Tons of best-sellers are discounted for Cyber Monday, like the Instant Pot Duo Plus. As great as those deals are, however, you may first want to consider another pair of sales on products from Instant Brands’ top rival.

The insanely popular Ninja Foodi OP301 was a fan-favorite model with so many 5-star ratings on Amazon. It has a 6.5-quart capacity plus nine different cooking modes. But the big news is that it has something you’ll never find on those Instant Pot models we mentioned earlier. On top of all the standard cooking modes you’d expect like pressure cooking, slow cooking, and steaming, Ninja’s Foodi OS301 has a built-in air fryer!

But the good news is that it has been replaced by a supersized model with a bunch of additional features! The Ninja Foodi Deluxe FD401 is a fantastic $250 multi-cooker with a built-in air fryer. It has much more capacity and so many more features than the older OS302. And if you hurry, you can snag this amazing 9-in-1 Ninja air fryer oven and multi-cooker for just $149.99 instead of $250!

You can also opt for the Ninja Foodi OL701 which is a 14-in-1 cooker that air fries, pressure cooks, and has a smart thermometer to keep an eye on your meals. There are three-layer meal options that you can make with this. It’s down to just $219.99 instead of $350.

You really can’t go wrong with this Ninja Cyber Monday deal. Actually, that’s not true… you can go wrong by taking too long and missing out. 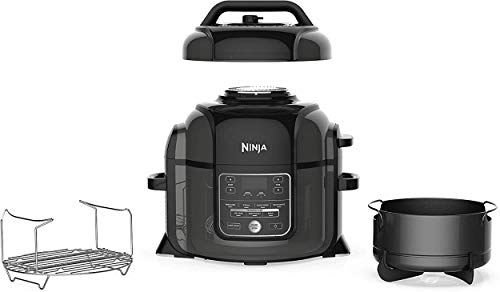 Save up to 4% Available on Amazon 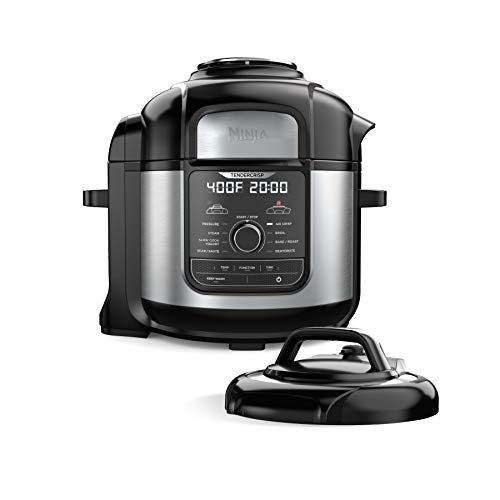 It goes without saying that the Ninja Foodi FD401 is one of the best Ninja Cyber Monday deals of 2022. Here are a few key takeaways: 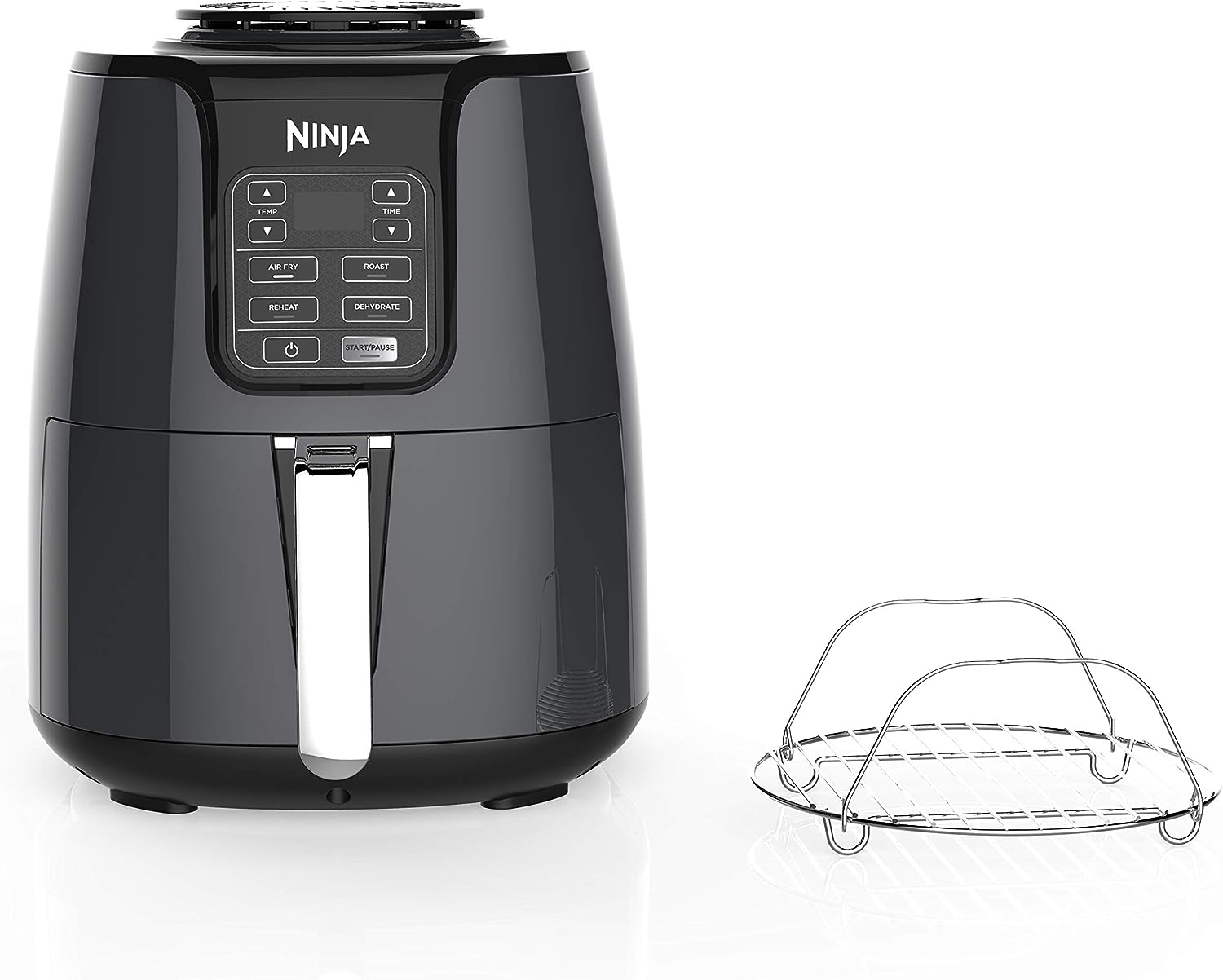 There’s no question that the Ninja Foodi FD401 is the star of the show this year. $139.99 is an insane price for a multi-cooker this popular! There are plenty more Ninja deals for Cyber Monday this year though, and we’re going to showcase the best ones.

First and foremost, the Ninja Air Fryer AF101 is the most-searched-for air fryer on the internet right now. It’s an awesome, compact 4-quart model that fits well on any countertop. People love it so much — 35,000 5-star Amazon reviews can’t be wrong! Thankfully, it’s included in Amazon’s Ninja Cyber Monday deals for 2022. 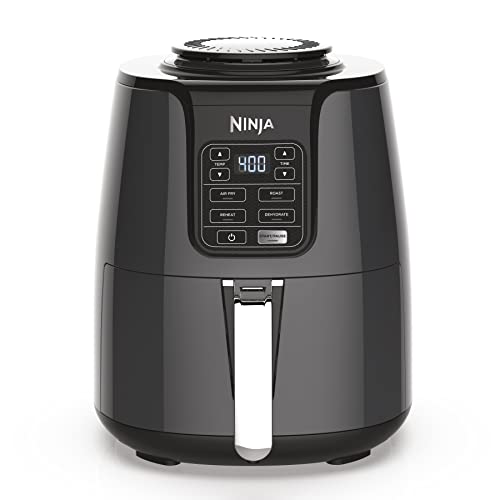 If you want an awesome Ninja air fryer but you have a big family, the AF101 probably isn’t for you. The good news is that there’s an even better deal on the newer, larger model! 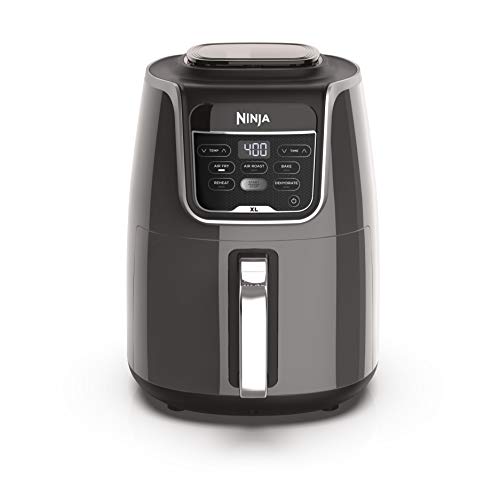 And last but not least, the mother lode. Pick up the Ninja SP351 Foodi Smart 13-in-1 Dual Heat Air Fry Countertop Oven that normally costs $330 and you’ll only pay $299.99. That’s definitely one of the best Ninja Cyber Monday deals we’ve ever seen. 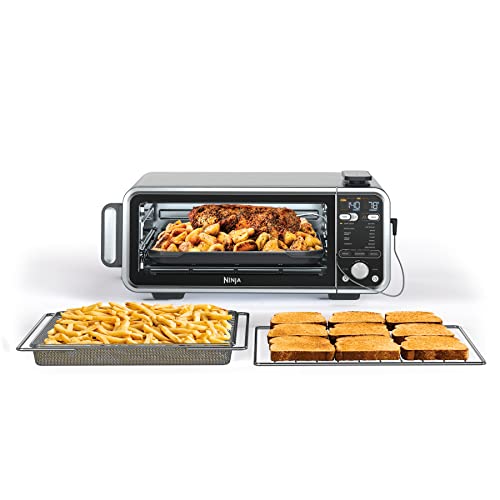 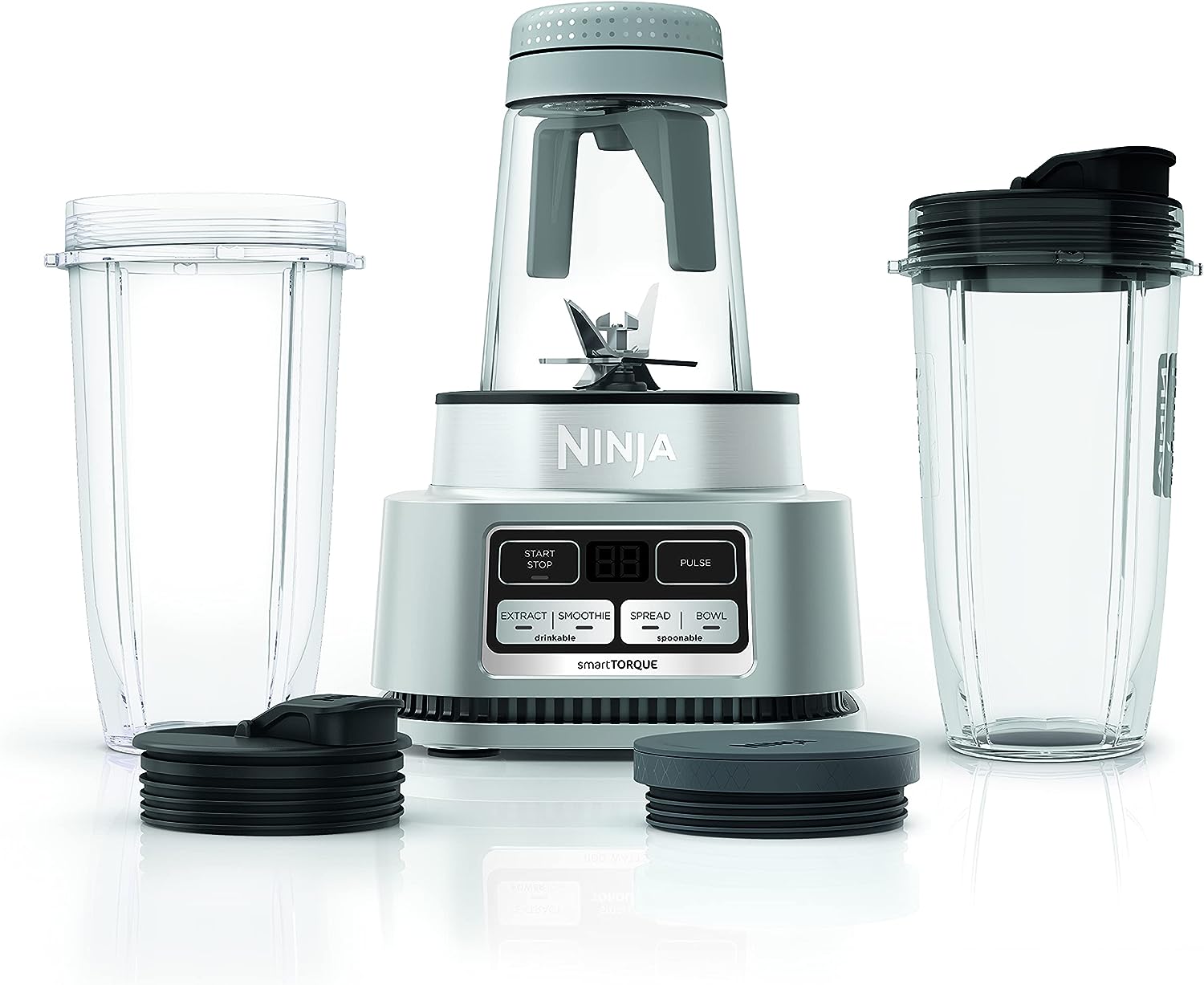 If you’re in the market for a Ninja blender, there are some seriously impressive Ninja Cyber Monday deals in 2022. Our favorite is definitely the Ninja SS101 Foodi Smoothie Bowl Maker & Nutrient Extractor.

It’s great for food prep, shakes, smoothies, and more. This 1200-watt power pod has Pulse Technology that lets you blend your ingredients as well as you want. It is dishwasher-safe and includes several accessories. This puppy can cut through ice like it’s butter! 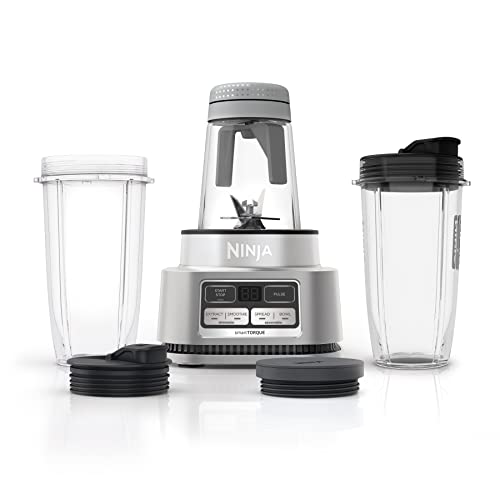 You can also opt for the Ninja BL660 Professional Compact Smoothie & Food Processing Blender. It has 72-ounces of crushing ability and power.

You can churn out smooth purees as well. This has 1100 watts of power. There are versatile functions with three speeds and  and a modern design that’ll look fantastic in your kitchen. The single-serve cups have a spout lid for easier powering. This system has a deep discount for Cyber Monday, so take advantage.

The Ninja NJ601AMZ Professional Blender is at its lowest price ever! It’s down to just $64.99 with a pitcher that is completely dishwasher-safe! 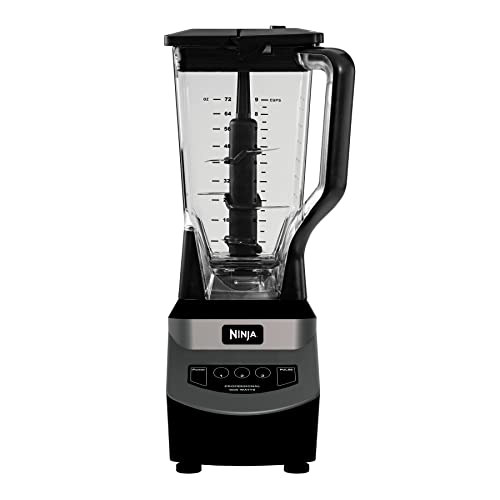 Need a toaster? Want a new knives set? Or do you want to be able to brew your company that you have over for the holidays hot or cold drinks? See more Ninja deals right here. 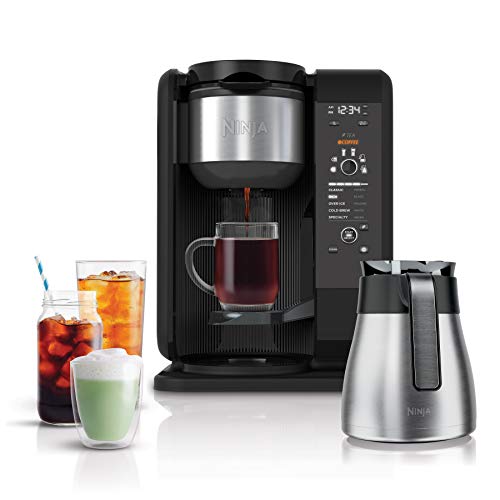 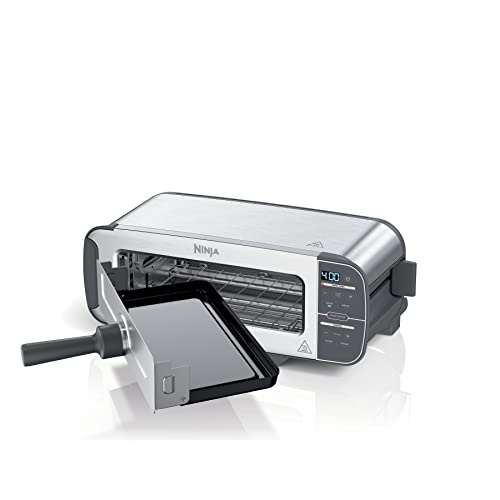 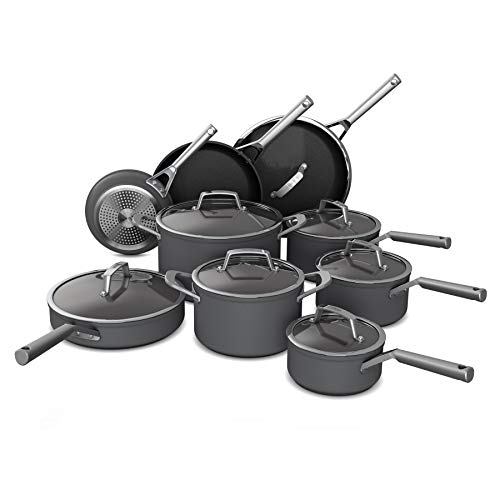 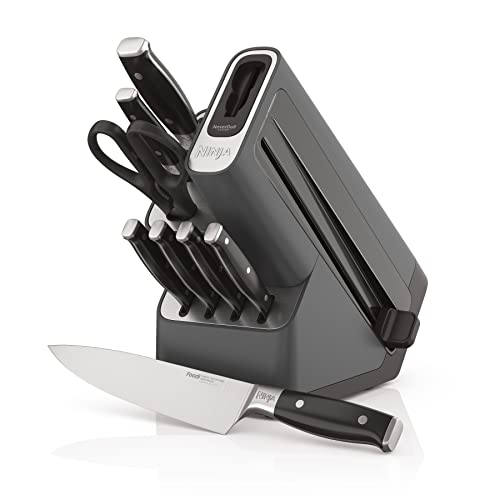 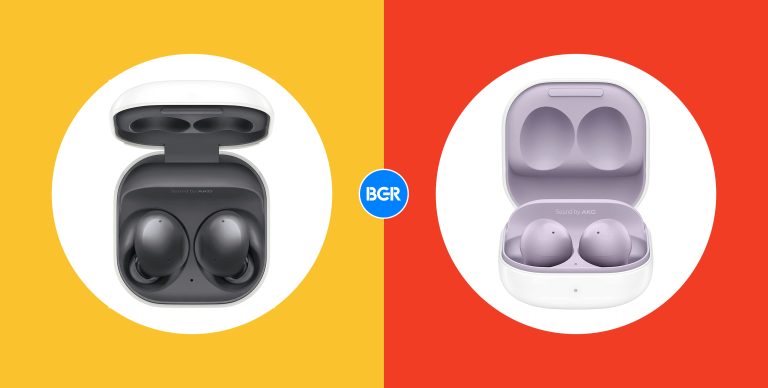 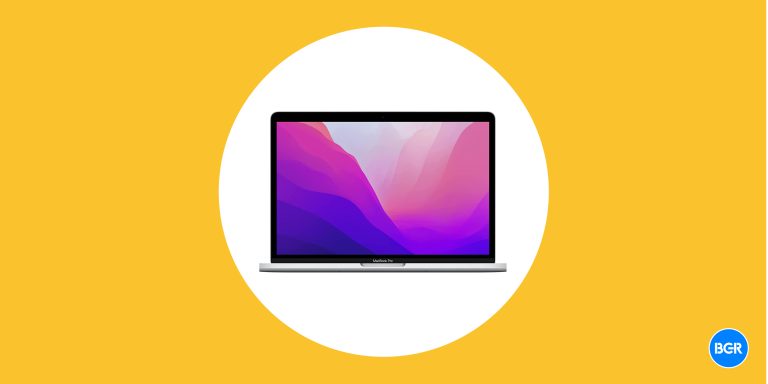