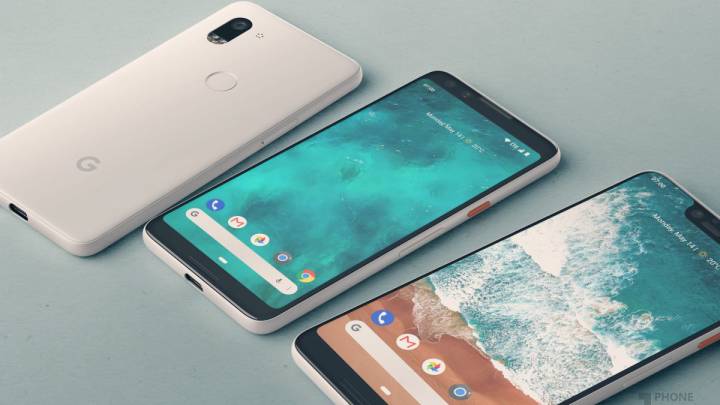 Launching in late summer at the earliest, the Google Pixel 3 will likely be one of the best Android phones of the year, and indeed a device that’s worth waiting for.

But after more than ten years of Android, after seven generations of Nexus phones, the third Pixel phone will not bring anything really new to the mobile business. Yes, it’ll sport a variety of improvements over last year’s phones, which will place it right at the top of the crop. But Google best-ever phone will also represent the culmination of a decade of missed opportunities.

We learned this week that Google is making two Pixel phones with Foxconn, including the Pixel 3 and the Pixel 3 XL. Unlike last year, the phones won’t be identical when it comes to design and features. The bigger phone is getting an iPhone X makeover, but Google’s clone will be incredibly ugly compared to other clones. The phone is also going to feature a dual selfie camera, rumors say.

The Pixel 3, meanwhile, will come without a notch, a design that already feels old. There’s doesn’t seem to be anything exciting about these phones if all these renders are accurate, and Google only has itself to blame for having to play catch-up with Apple.

The Pixel 3 launches in the second half or the year, but it’ll have a design Apple showed to the world last fall. And everyone, save for Samsung, copied it. In addition to notch support, Android P comes with new navigation gestures that Google implemented solely because Apple showed it the light. Furthermore, I would not be surprised if there’s a dual camera on the back of the Pixel 3 XL, something that Apple has not invented, but made popular within the industry. And Google may end up copying Apple in spite of repeatedly criticizing the iPhone.

When the Pixel 2 arrived last year, sporting a stale design in a mobile landscape that was already dominated by all-screen phones, it surprised the world because of the absence of the headphone jack. It was just a year before that that Google mocked the iPhone 7 for lacking the audio port. Google missed the forest for the trees, it turns out; you need to remove the 3.5mm port to make room for extra screen real estate.

What I’m getting at is that Google is forced to copy Apple and do a lousy job at it precisely because it ignored hardware for so many years. You can’t make an iPhone X without having an iPhone 7. And there’s no iPhone 7 without the iPhone 6/6s. And so on. Google failed to replicate Apple’s way of carefully evolving the iPhone into the piece of tech it is today, and Apple’s audacity to do things others only dreamt of in R&D.

Google has had the money to do it, but the company has failed to focus on hardware since the days of the Nexus. The main reason for that was its need to keep its partners in place so that Android could become the most important mobile operating system in the world.

That’s why it ignored Motorola, which could have been used to create great Google Nexus and Pixel phones. That’s why it missed the opportunity to play hardball with carriers and transform its phones into must-have devices for them. And it certainly missed out on establishing crucial supply partnerships that would give it a significant edge over the competition.

The iPhone X was for months the only phone with 3D facial recognition because only Apple has access to the essential parts that make Face ID possible. Made by Samsung but based on Apple specs, the OLED screen in the iPhone X has no rival. Not because of the screen’s color reproduction or performance, but because it occupies almost the entire front of the phone, from corner to corner (image above). The Pixel 3 XL, meanwhile, will have an incredibly ugly bottom chin. And let’s not forget the screen issues of the Pixel 2, which Google sourced from LG, the same company that manufactured it.

By the way, remember the Nexus 6 that had no fingerprint sensor? That’s because Apple got the best sensors in town, and Google decided against using one.

Apple has the power to negotiate better deals, secure supply chains, and demand novel smartphone components from its partners. Apple and the iPhone make and break suppliers. Google doesn’t have that power. Google can’t even make enough Pixels to meet demand, which, again, shows that Google has been ignoring opportunities left and right for the most of its mobile history. For years, Google failed to build a strong hardware team, and master the logistics required to sell tens if not hundreds of millions of phones every year. That’s why the Pixel 3 will still trail the iPhone.

One other thing Google missed out on is the rapid acquisition of new talent. Buying most of the mobile division of a company that hasn’t been able to sell a lot of phones isn’t it. Apple, meanwhile, purchased a slew of hot startups to make a better iPhone. Lacking the desire, vision, or need to make a better Nexus or Pixel, Google likely ignored some of the companies that ended up in Apple’s pocket. Authentec, the company behind the fingerprint sensing tech introduced by the iPhone 5s, was purchased by Apple. PrimeSense, which made the Kinect for Microsoft, and whose 3D tech is likely behind the Face ID camera, also belongs to Apple. These are just two examples, but there are many more.

With all that in mind, the Pixel 3 will be a great phone, but once again, not a game changer. At this rate, it might take Google a long time to challenge the iPhone dominance.