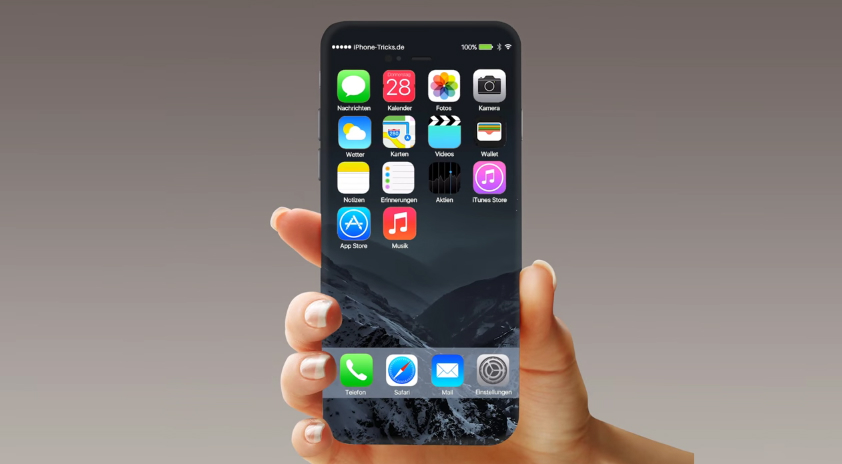 We’re used to see all sorts of wild iPhone concepts over the years, and most of them feature wild designs and ideas that Apple is not likely to use in any of its future creations. However, the following iPhone 7 concept looks like something we might actually see Apple release over the next year or two.

Featured on YouTube channel iPhone-Tricks.com, the short video features an iPhone 7 running iOS 10 that proposes us a bezel-free OLED display with an integrated home button, complete with Touch ID fingerprint recognition and support for additional gestures.

Sure, some of these features will not find their way into the iPhone that’s launching this September, but they are rumored to be in the works for the future. Specifically, Apple will likely adopt OLED displays for future iPhones starting in 2018. Furthermore, Apple’s own patents indicate that Apple is studying the possibility of removing the physical home button from the iPhone to create a device with a wraparound display that would not feature any visible buttons.

A different report has also suggested that by replacing the headphone jack, Apple is actually looking to increase the size of the display, and potentially incorporate the home button in it.

As for the iOS 10 concept in the video below, the software seems to closely resemble what’s in iOS 9 design-wise, which is probably going to be the case. That doesn’t mean Apple would necessarily adopt a widget-like app icon behavior but goes to show that 3D Touch UI could further be improved in the future.