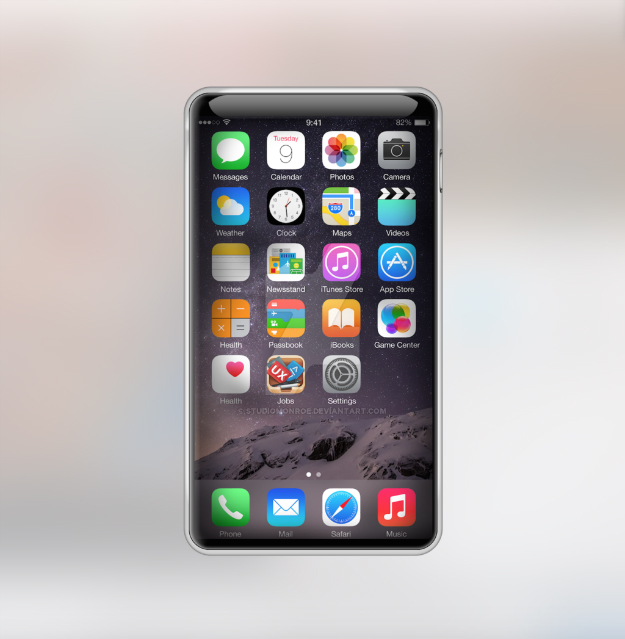 If recent rumors are to be believed, Apple is about to do something that will make a lot of users very angry: remove the standard headphone jack from the iPhone 7. Even if it’s just an unconfirmed design change for the time being, more than more than 200,000 people have already signed a petition asking Apple to keep the 3.5mm audio port, though we all know that a petition like this has a 0% chance of success.

Many people argue they don’t need thinner phones and that Apple should not remove the headphone jack and replace regular 3.5mm headphones with wireless or Lightning-based ones. But a new theory that makes plenty of sense explains the real reason Apple is considering ditching the 3.5mm jack: Yes, it’s about size, but not the iPhone’s thickness.

DON’T MISS: 10 hidden iPhone tricks that will speed up your phone

San Francisco-based designer Matt Galligan said in a post on Medium that the real reason Apple is dumping the old standard port is that it needs more screen space in future-generation iPhones. The company is already working on technology that would allow it to increase the screen size on the iPhone, and maybe create devices with wraparound displays that lack physical buttons. Such iPhones would be less bulky than current models – like the Plus models – and would lack physical buttons, according to some patents.

We have already looked at various circumstantial evidence that suggests Apple is indeed going to dump the home button at some point in the foreseeable future – though maybe not as soon as the iPhone 7.

Galligan further argues that the standard 3.5mm headphone jack takes up too much space inside the iPhone for Apple to be able to extend the screen downwards to create an iPhone design that would eliminate the home button.

“It’s all about internal space,” he wrote. “Think about it…that jack at the end of your headphones has to go somewhere in the phone. Grab a pair of headphones, then act like you’re going connect them to your iPhone, but instead lay them on top of the phone instead where they’d otherwise go. See how close it comes to the screen? Basically there would be no way to fit the jack itself under the screen.”

The designer quotes two Apple patent applications that describe technology that would let Apple add Touch ID functionality to the display. TouchID is the only reason Apple still needs a home button, after all.

I personally don’t care whether there will be a headphone jack in my next iPhone, as I already use wireless headphones. But I do believe that the home button will disappear from future iPhone and iPad models, maybe not as soon as this year, but definitely in coming models. From that point of view, Galligan’s explanation makes plenty of sense.

Moreover, removing the headphone jack means that future iPhones would be easier to waterproof, and that’s something else Apple is reportedly working on for future models.