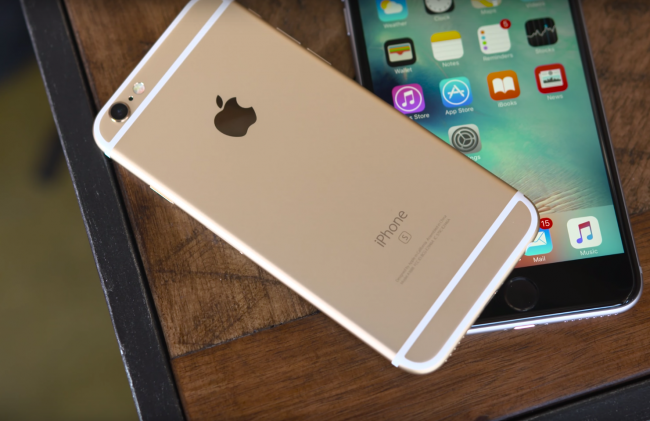 More than 200,000 people have signed an online petition against Apple’s major design change rumored for the upcoming iPhone 7 – the company is reportedly going to ditch the standard headphone jack to further shrink down the smartphone.

DON’T MISS: Let’s pause for a moment to acknowledge all the shameless Apple ripoffs at CES 2016

Yes, as crazy as it sounds, the petition is very real.

Let’s ignore for a second the fact that the petition is based on a rumor and remember that Apple does whatever it wants with its products. Even if Apple came out and said that it’s killing the headphone jack on the iPhone, a petition won’t help change the company’s mind.

Because, let’s also remember that Apple removed a bunch of features from its devices that it thought you didn’t need, without asking anyone in advance and without worrying about the backlash. Considering Apple is the most valuable company in the world right now, we’d say everything turned out OK.

Apple removed the floppy drive and then the CD/DVD drive from Macs, and every single port from the 12-inch MacBook. It even removed the legendary MagSafe charger from its most portable Mac yet, just because it didn’t fit the company’s vision any longer. Oh yes, and Apple killed Flash long before Adobe decided to pull the plug on it.

Getting back to the petition, we can’t help but also admire its audacity. Filed on Tuesday on SumOfUs.org, the petition had a modest goal of 10,000 signatures, with 3,000 people signing it on Wednesday, according to Forbes. But the petition went viral quickly, now topping 200,000 signatures.

“Apple is about to rip off every one of its customers. Again,” the petition reads – a clever play on some of Apple’s famous iPhone catchphrases.

“If the rumours are true, the new iPhone 7 will have a non-standard, proprietary headphone jack – making every pair of headphones on earth useless. Not only will this force iPhone users to dole out additional cash to replace their hi-fi headphones, it will singlehandedly create mountains of electronic waste – that likely won’t get recycled.”

The petition says that Apple’s sole motivation is corporate greed and that the company wants to make money off its customers. According to its creators, Apple would be the only company to cash in on this endeavor, “with virtually no third-party manufacturers ready to fill the new market gap.” A ridiculous notion indeed.

The petition also focuses on the waste angle, suggesting that there would be extra waste generated by this iPhone 7 design decision.

“Apple was making devices filled with toxic chemicals and running on filthy coal energy — until people pressured the company to improve,” the petition concludes. “But Apple isn’t a green company, and even if it was, other headphones makers certainly aren’t. We have only one planet to live on, and can’t keep wasting resources unnecessarily. Tell Apple to respect its customers and our planet. Keep the standard headphone jack.”

Will the petition work? Of course not, but it will likely continue to get attention for at least another few days before fading into Internet nothingness.