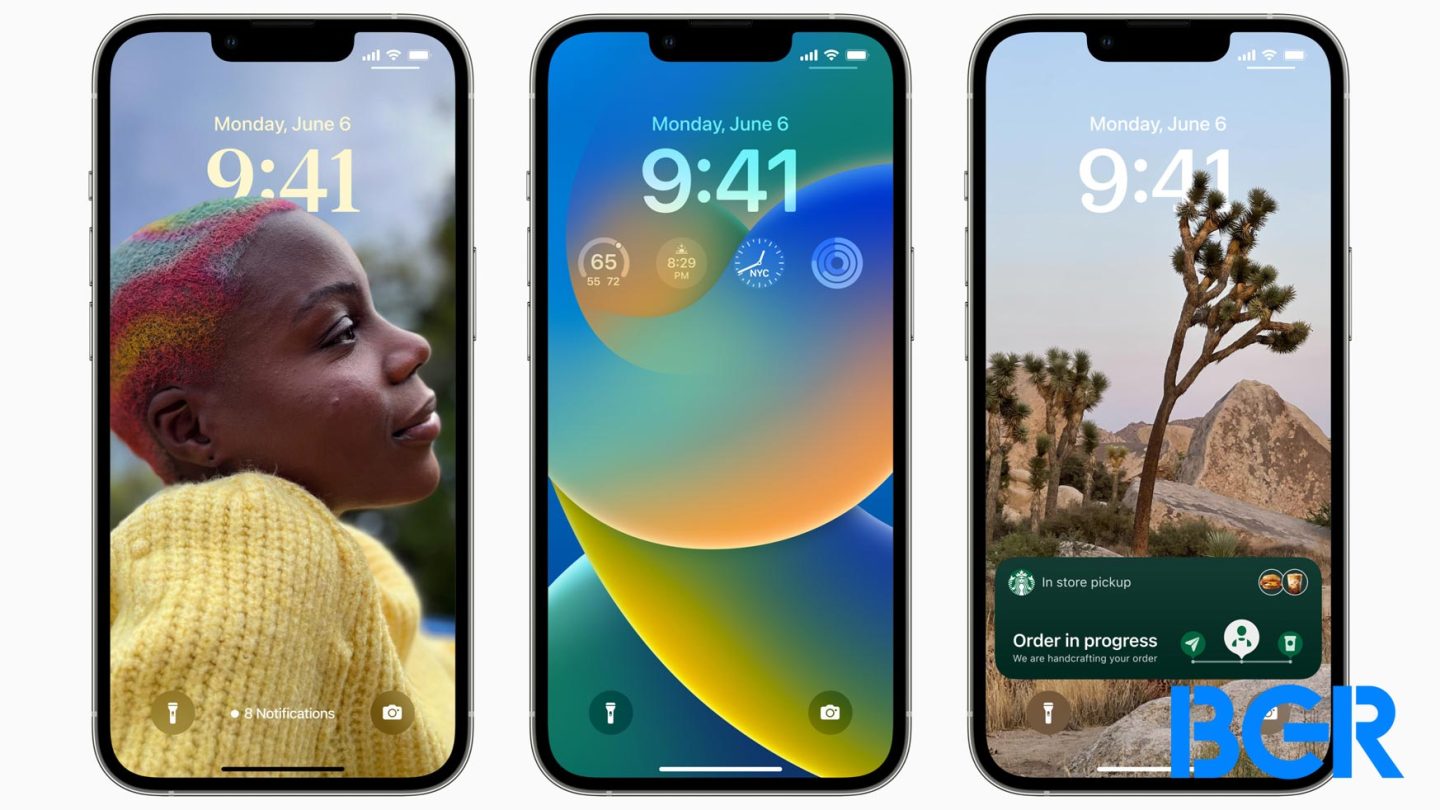 Apple’s big WWDC 2022 keynote is now over, and we can’t believe how many exciting new announcements were packed into the event. Of course, the biggest news was iOS 16 and the exciting new iPhone features Apple added to its mobile operating system.

Needless to say, the number one thought on everyone’s mind is to wonder when they can download the first iOS 16 developer beta release.

Some of Apple’s new iOS 16 features already leaked ahead of time in the developer beta. But those leaked barely scratched the surface. There are so many amazing new capabilities in iOS 16.

It’s not just developers who get first dibs at the software as soon as it’s available. Regular users can also try out the developer beta. But when will Apple release the first iOS 16 beta so you can download it?

You can download the iOS 16 beta one developer beta right now! Here is how.

If you’ve installed the beta profile linked above, installing the first iOS 16 beta release couldn’t be easier. Here’s all you need to do:

That’s it! You’ll see the first iOS 16 beta release listed as an available update. Now, follow the instructions on your iPhone screen to download and install it.

Once again, note that installing this software update on your main iPhone may not be a very good idea. There will inevitably be many bugs, and your battery life will suffer. Also, some of your existing apps might not work at all. And lastly, there’s always a chance you could lose data.

Keep scrolling if you need to downgrade from this new version to the latest iOS 15 version or perhaps join the Apple developer program to get access to Betas and stable builds quickly.

Apple usually releases the first iOS beta within a few hours after the main WWDC keynote. That means iOS 16 beta 1 was expected to be released on June 6th, soon after the press conference ended.

However, we’ll remind you that the first beta version is not officially open to all iPhone users. That’s because the first iOS 16 beta will be an unstable version of iOS 16 that’s full of bugs.

Only if you’re an Apple developer should you install the first beta. Even at that, it’s safer to do it on development hardware rather than an ios device that’s regularly used.

That said, people who get early access to developer profiles will be able to try the iOS 16 beta 1 release as early as June 6th. As most of you already know, Apple’s iOS beta profiles are available to download for free on a bunch of sites around the web. The latest beta release for iOS 16 is beta 3 and you can find more about it here.

Are you wondering whether or not the iOS 16 developer beta is worth installing on your iPhone? Well, the best way to decide is to read about all the new features that Apple added to the new mobile software update.

One of its most exciting new features is the new lock screen. Apple now lets you add widgets similar to the Apple Watch complications. You can see an example pictured above.

There are also tons of new iPhone features in Messages, the Health app, Apple Wallet, Apple Maps, and so much more.

We’ve also highlighted 7 features that will make your iPhone feel brand new — that’s where you’ll learn how to customize the new lock screen experience in iOS 16.

Similarly, iOS 16 beta 1 lets you test the unsend iMessage feature in the Messages app. It’s very easy to delete accidental texts, as long as everyone in the conversation is on iOS 16.

iOS 16 will also let you password-protect the Hidden and Recently Deleted photo folders, and it all works automatically. The iPhone will use your lock screen password to do it (that’s PIN and Face ID/Touch ID).

Separately, we’ve listed all the available widgets that work on the lock screen in iOS 16 beta 1. You can only expect widgets from Apple apps for the time being, as developers create their own lock screen complications.

Also, you should know that iOS 16 lets you delete even more Apple apps than before.

If you want to see what else is new, check out our coverage of all the new iPhone features in iOS 16.

What about the iOS 16 public beta?

The public beta should be more stable than the previous versions, which means you’ll have fewer problems running the iOS 16 public beta 1 on your main iPhone.

Even still, bugs will be part of the experience. You might run into problems with some Apple apps or third-party apps. Battery life issues are also part of the iOS beta experience, so these are things to keep in mind if you plan to install the iOS 16 beta, even after its public release.

And as we mentioned, some rumors say that Apple apparently delayed the iOS 16 public beta release because the software is buggy.

According to Apple, the first iOS 16 public beta will be released sometime in July.

It’s not just iOS 16 coming out in beta form. Apple also released the developer beta versions for iPadOS 16, tvOS 16, watchOS9, and macOS 13 after WWDC 2022. The public betas should come in the following weeks, just like iOS 16.

What to expect from the next-gen iPhone software

A series of reports detailed some of the features that Apple built into iOS 16. The new software version might deliver changes to widgets, including a new lock screen with widget support. Some reports even mentioned interactive widgets.

Now, iOS 16 is official, and you can read about all the new iOS 16 features coming to your iPhone.

iOS 16 adds audio and social networking features to Messages. Moreover, the Health app gets a big refresh. And of course, one of the most exciting new features is lock screen widget support in iOS 16.

Additionally, iOS 16 will contain features that Apple won’t showcase until September when the final OS version is about to be released.

Examples include always-on display support that might be coming to the iPhone 14 Pro models this year.

Mid-September is also when Apple will release the final iOS 16 version to all compatible devices. People who do not like testing beta releases will need to wait until then to get the most stable iOS 16 release.

Speaking of official releases, iOS 16 also brings bad news for iPhone 6s and iPhone 7 users. The 2015 and 2016 phones will no longer receive the latest iOS version.

You’ll need an iPhone 8 or later to run iOS 16, including the beta release that is now available to download.

Some iPhone 7 users have been vocal online about Apple’s unexpected decision to terminate support for iPhone 7. That’s because older iPads featuring the same chips can run iPadOS 16.

The problem with beta software is that some features might not work. You can experience bugs throughout the OS or app-specific issues. Moreover, some early adopters might encounter battery life issues with the first beta versions.

Your iOS 16 beta 1 mileage may vary depending on various factors. If you think you’ve had it with the bugs at any point, there’s a way to return to the more stable iOS 15 version available for your iPhone. That might be iOS 15.5 or later, depending on when you decide to abandon the iOS 16 beta software.

That’s why we told you to back up your data before getting the beta. You’ll want to ensure no data loss while moving between iOS releases.

The easiest way to remove the iOS 16 beta 1 release from your iPhone is to delete the beta profile and wait for the next software update.

However, iOS 16 will not just disappear. You’ll have to wait for Apple to update iOS 15, at which point your phone will revert automatically to the latest stable iOS 15 release. The problem here is that you have to wait.

The good news is that you can wipe your iPhone clean and restore it to a previous backup. The problem, in this case, is that you might lose some of the data you’ve generated since using the iOS 16 beta 1.

The restore process involves using a computer to reflash your iPhone to iOS 15 and reinstall the most recent archived backup. The process takes longer, with detailed instructions available from Apple.

Finally, there’s also a way to downgrade iOS 16 beta 1 to iOS 15 without losing any data. It also involves using a computer to Upgrade the software via iTunes/Finder. This older downgrade guide should help you through it.

As a reminder, it’s a good idea to back up your iOS 16 beta 1 iPhone. In a worst-case scenario, you’ll be able to restore your iPhone to that version.

How to Join Apple’s Developer program

That said, if you’re good with that, here’s how to join the Apple Developer program:

To join the Developer program, there are certain minimum requirements you should have

If you meet these requirements, you can now proceed to join the Developer Beta with these steps:

Is iOS beta safe to install?

You are advised not to install Apple’s Public Beta program on a device you don’t own entirely or control. It is Apple’s confidential information as of now and Apple says it is only for developers to install.

What phones can get iOS 16?

The iOS 16 is compatible with all Apple devices from iPhone 8 upwards. This means that the first generation iPhone SE, iPhone 7,6, 5, and lower won’t support it.

How do I uninstall iOS beta?

Navigate to your Settings, tap General and then tap on VPN & Devices Management
Select the iOS Beta software profile
Tap Remove and then restart your iPhone device

What is the latest version of iOS?

What is the difference between the Apple beta software program and Apple Developer program?

The Apple developer program allows developers to build and test apps. The Apple beta software program collects feedback on software that has been pre-released.

Right now, you can get the developer beta of the iOS 16. However, the general release of public betas will start rolling out by July.