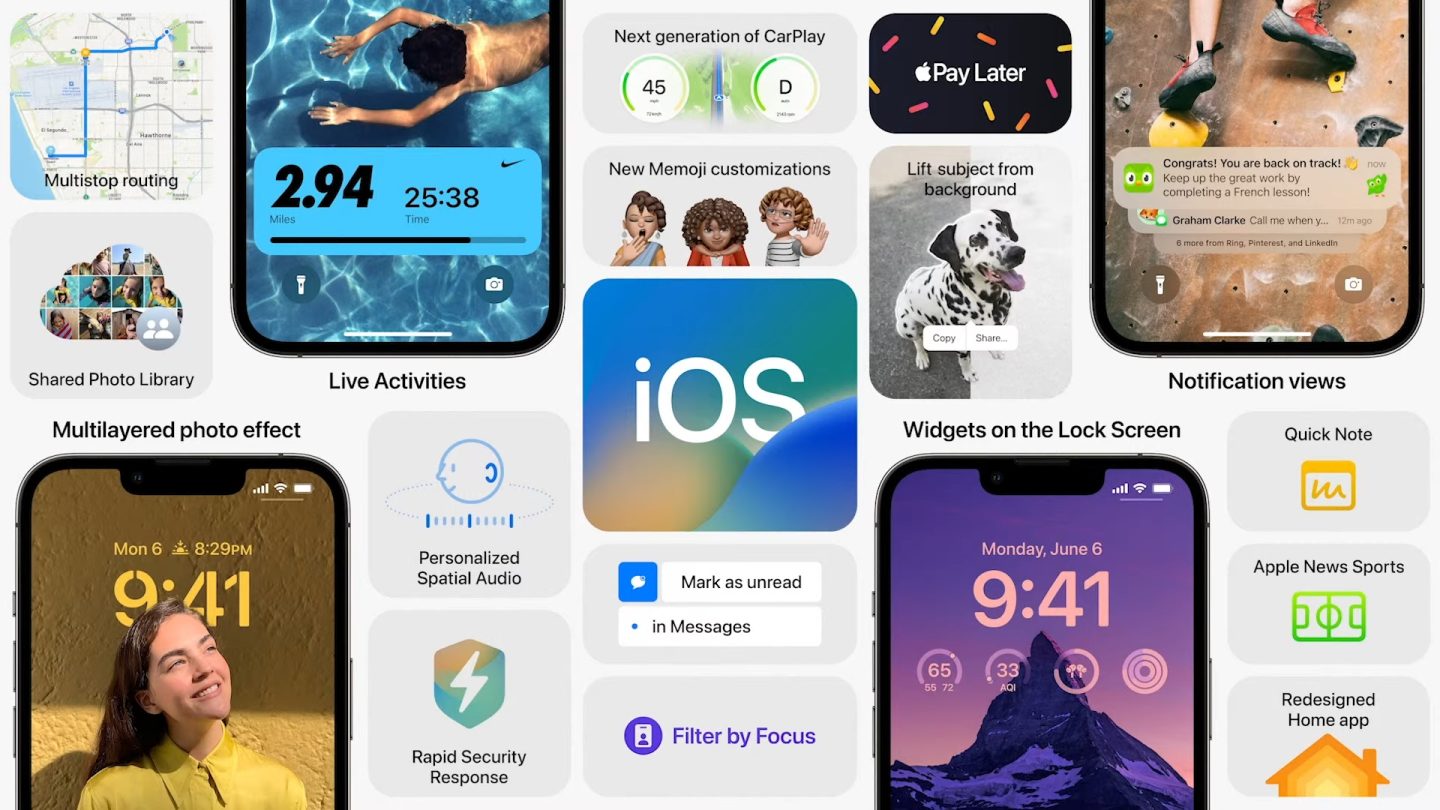 Ever since Apple released the first iOS 16 developer beta on Monday, details about the new update have been trickling out. If you watched the WWDC 2022 keynote, you already know about the redesigned lock screen, the ability to edit text messages, and the iCloud Shared Photo Library. But did you know that iOS 16 also lets you delete more apps?

Back in 2016, Apple added a highly-requested feature to iOS 10. At long last, it was possible to delete the built-in Apple apps on the iPhone. At first, Apple only let you delete a few first-party apps, but the list has grown over the years. As it stands, there are 27 Apple apps that you can delete, but iOS 16 appears to be adding a few more.

Apple apps you can delete in iOS 16

According to 9to5Mac, Apple is giving iPhone owners the chance to delete three more pre-installed apps with iOS 16. Starting this fall, if you have an iPhone, you will be able to delete the Find My, Health, and Clock apps. This will also be possible on any iPads running iPadOS 16. If you hate alarms, this is the update for you.

As Apple warns, deleting the built-in apps “can affect things like related system functions or information on your Apple Watch.” Just because you can delete these apps in IOS 16 doesn’t necessarily mean that you should. Be sure you don’t actually use them for anything before you purge one of Apple’s first-party apps from your iPhone.

9to5Mac does note that deleting the Find My app from your iPhone won’t disable the built-in Find My features, including Find My Friends:

A message alerts the user that any people, devices, or items associated with their Apple ID will still be there after uninstalling the app and that users can still manage these options in the Settings app.

For years, Apple has been slowly opening up the walled garden that is iOS. This is the latest step in that direction as Apple gives users more freedom of choice.

How to delete Apple apps from your iPhone

Here are all of the built-in Apple apps that you can delete on your iPhone right now:

If you want to delete any of Apple’s built-in apps, touch and hold the app icon on the home screen, tap on Remove App in the menu that appears, and then tap Delete. If you have an Apple Watch, this will also delete the app from your Apple Watch.

Want to restore one of Apple’s apps? They’re all available on the App Store, like any other app. Head to the App Store, search for the app you want back, and then download it. This will also restore the app to your Apple Watch, providing you have one.