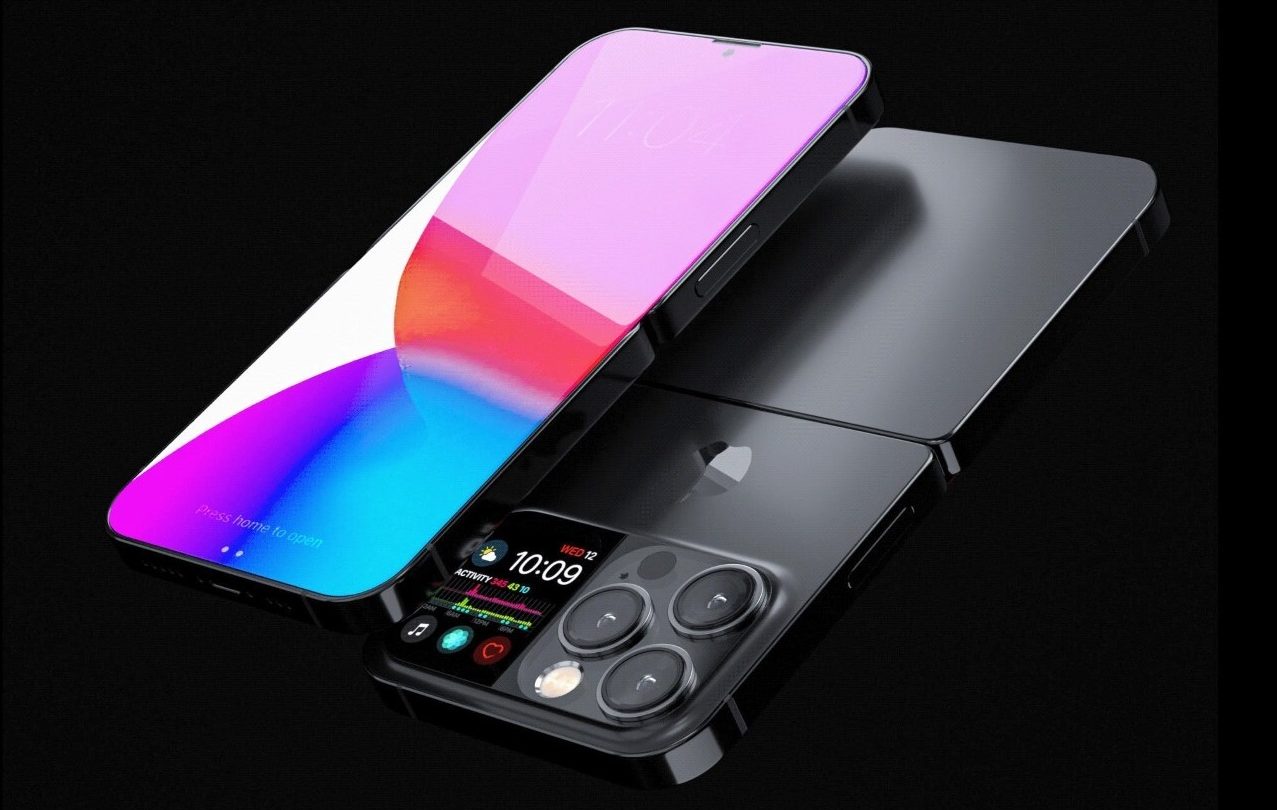 Apple’s September event was packed with massive announcements, but not many surprises. Leaks spoil virtually every major smartphone release nowadays, and aside from the Dynamic Island, the iPhone 14 lineup was thoroughly spoiled ahead of its reveal.

Despite the abundance of leaks, fans still hold out hope for bombshells every time Tim Cook takes the stage. Unfortunately, Apple did not unveil the long-rumored foldable iPhone at the event, but one concept artist recently decided to take matters into his own hands and design a shockingly believable foldable iPhone of his own.

A day before Apple’s September event, concept and VFX artist Michal Dufka shared his vision of a foldable iPhone on Behance. The “iPhone iFold,” as he calls it, takes inspiration from the Galaxy Z Flip and Moto Razr clamshell design.

Like other clamshell foldable phones, Dufka’s foldable iPhone features a small cover screen and a larger display on the inside. Dufka looks to have basically copied and pasted the Apple Watch’s display onto the back of his iPhone concept next to the rear cameras. Oddly enough, it kind of works. Apple has already proven that it knows how to squeeze a bunch of relevant information onto a screen that size. If it’s not broken, why fix it?

When the iPhone opens up, it looks virtually identical to an iPhone 14 from the front. Dufka did take the liberty of eliminating the notch — original or pill-shaped — and replacing it with a single hole-punch for the selfie camera. Perhaps by the time Apple does finally launch the foldable iPhone, the Dynamic Island will have fallen out of favor.

Is Apple making a foldable iPhone?

All in all, this is one of the most realistic foldable iPhone concepts we have seen to date. We know from patent applications that Apple has been testing related technology for years now. Whether or not any of those patents actually result in a commercial product.