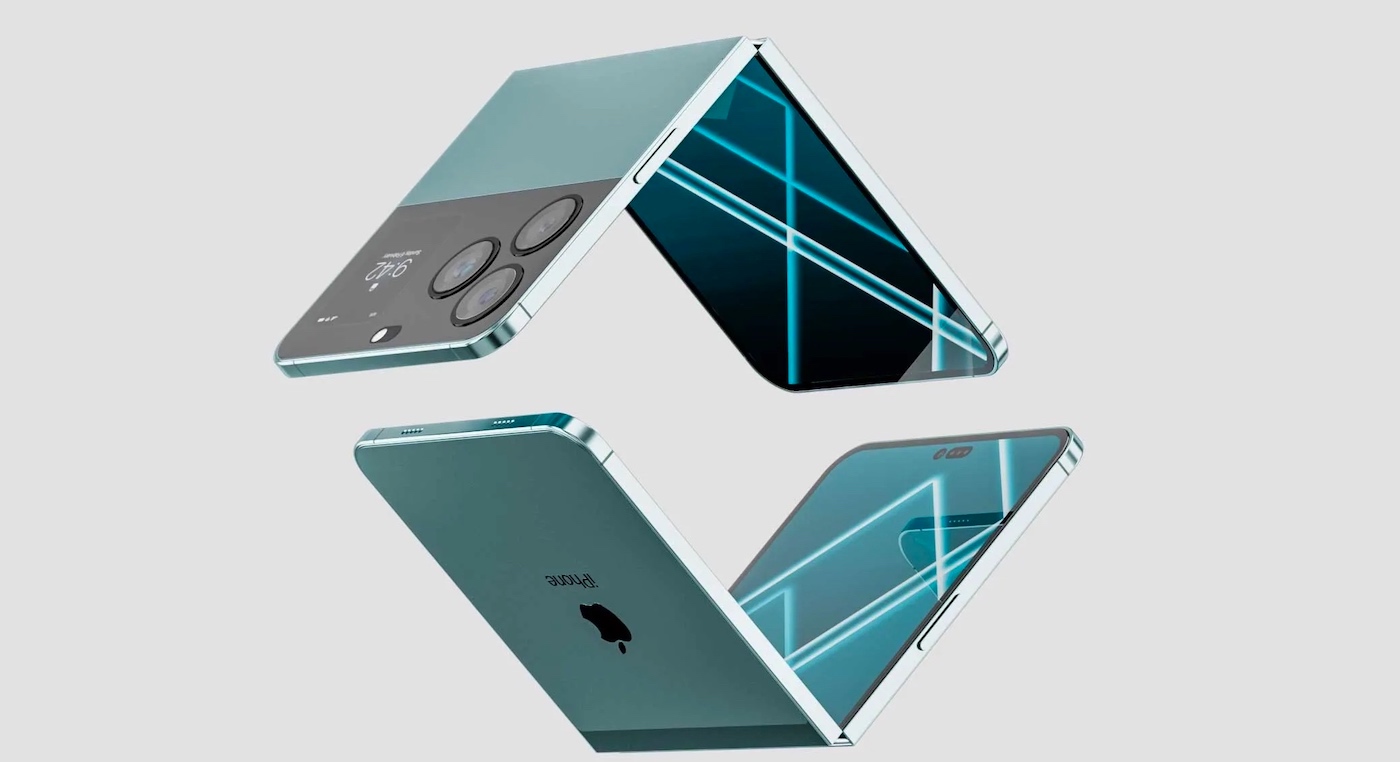 It’s now been more than two years since Samsung’s foray into the world of foldable smartphones, first with the Galaxy Fold in 2019 and later with the Galaxy Z Flip one year later. And while both devices aren’t exactly best-sellers, the Z Flip line demonstrated that it is, in fact, possible to design a foldable smartphone that doesn’t detract from the user experience. Of course, this has only prompted tech pundits to wonder if we’ll ever see an iPhone Flip from Apple.

It’s no secret that Apple has spent a considerable amount of R&D dollars on foldable iPhone prototypes over the past few years. Aside from a bevy of patents, we’ve even seen reports allege that Apple, after a period of testing various designs, recently decided to pursue an iPhone Flip design in the vein of Samsung’s Galaxy Z Flip. Now whether or not we’ll ever see a foldable iPhone remains to be seen, but in the meantime, we can enjoy yet another foldable iPhone concept that is nothing short of stunning.

The latest iPhone Flip concept comes to us from talented designer Antonia De Rosa. De Rosa imagines a product called the iPhone Air. And if we’re being honest, it’s a much catchier name than the iPhone Flip. Nonetheless, De Rosa’s mockups are absolutely stunning and incredibly sleek.

Even better, De Rosa put together an Apple-style mockup of a commercial for the iPhone Air that really makes the device appear compelling. Interestingly, De Rosa’s mockup presents an iPhone that is completely portless. Notably, we’ve heard rumblings that legendary Apple designer Jony Ive envisioned that the evolution of the iPhone would result in a device with no ports.

As you’ll see in the video below, the cameras on the iPhone Flip mockup sit flush with the device. And while this may seem fanciful given the camera bump on the iPhone today, rumor has it that the bump will be significantly reduced on the upcoming iPhone 14.

Is a foldable iPhone on the way?

Apple has been experimenting with iPhone Flip prototypes for years. Still, there’s no guarantee a foldable iPhone will ever see the light of day. As we’ve seen in the past, Apple has no qualms about axing a research product even after years of development. We saw this play out with the hyped-up Apple-branded HDTV that never made it to market. Put simply, Apple isn’t a company prone to releasing products just to see what happens. On the contrary, Apple only releases a product if and when it believes it actually adds value.

To this point, it’s worth revisiting this blurb from noted leaker DylanDKT:

For those who are curious about a foldable iPhone, Apple is definitely working and testing multiple prototypes that contain foldable displays. Too many compromises still exist with foldable display technology though. There are also concerns as to whether foldable smartphones will continue to have a place in the market or will fall into obsolescence. Therefore, Apple is intent on carefully observing the market and improving upon the mistakes of their competitors. While other manufactures are iterating on products that are seemingly in beta, Apple is keen on making sure that the design is not a regression from the current form factor of the iPhone. They are interested in playing the long game to see how the technology progresses.

Meanwhile, analyst Ming-Chi Kuo believes that 2024 is the absolute earliest we’ll see a foldable iPhone. And while Apple rumors are a dime a dozen, Kuo’s track record is accurate more often than not.

All in all, it’s far too soon to proclaim that a foldable iPhone is an inevitability. That said, it’s incredibly intriguing knowing that Apple is exploring a brand new form factor for its iconic smartphone.