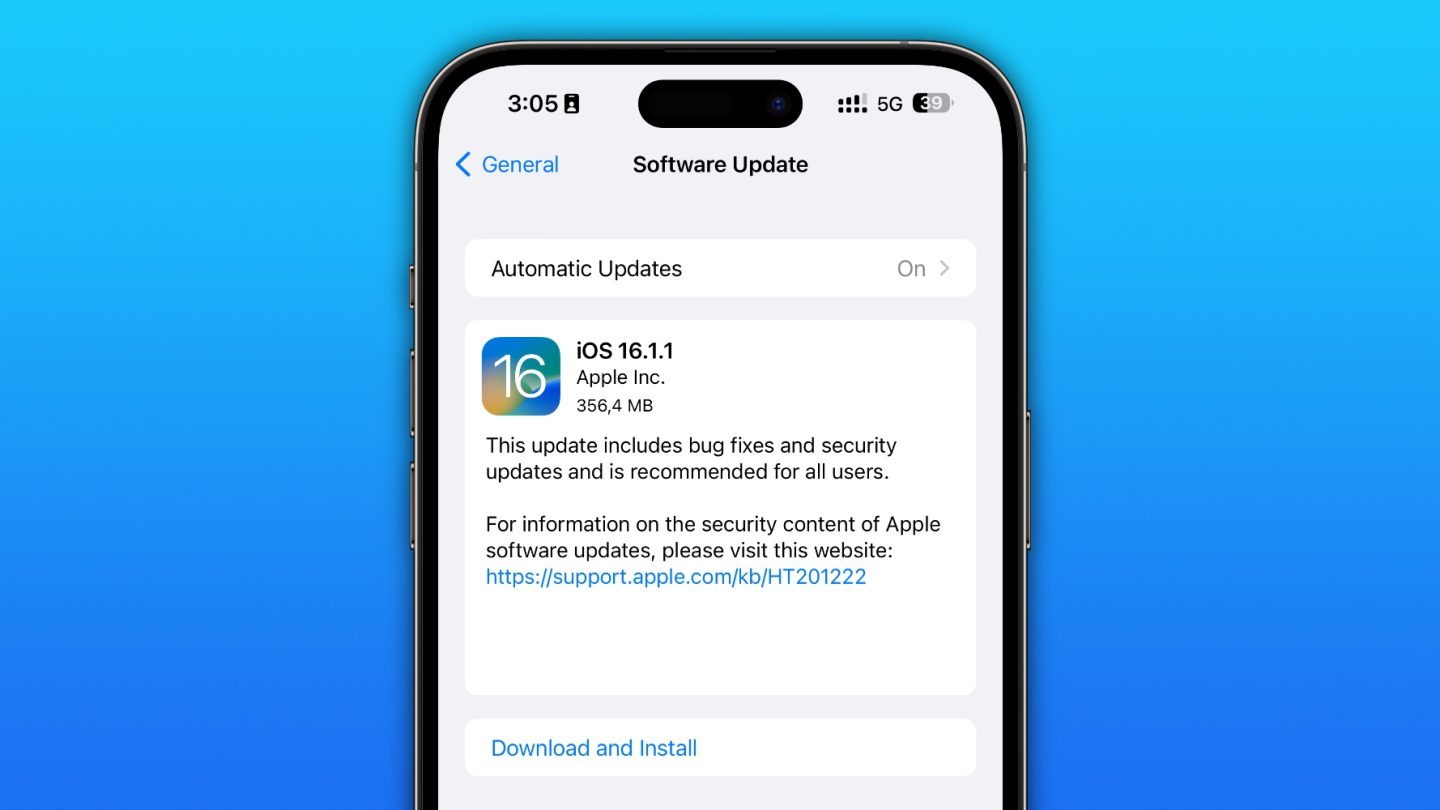 A day after seeding iOS 16.2 beta 2, Apple is releasing to all users iOS 16.1.1, iPadOS 16.1.1, and macOS Ventura 13.0.1 These updates bring important bug fixes, such as one affecting the SKAdNetwork API, which focuses on letting advertisers measure the success of their campaigns. Here’s what you need to know about these updates.

Here’s what the SKAdNetwork API does:

Unfortunately, the long-awaited Sattelite connectivity announced for the new iPhone 14 series has not been released with iOS 16.1.1. Here’s how Apple explains this feature:

(…) When users are off the grid, Emergency SOS via satellite allows iPhone to connect directly to a satellite, enabling messaging with emergency services when a user is outside of cellular or Wi-Fi coverage. This breakthrough technology also allows users to manually share their location over satellite with Find My.

Apple announced Emergency SOS via satellite feature would be available in November, and since iOS 16.2 is not even close to being released to the public, Apple will likely launch iOS 16.1.2 soon with this function.

As per Bloomberg’s Mark Gurman, Apple is readying iOS 16.3 for early next year, in which 9to5Mac is already seeing web analytics of this upcoming operating system.

BGR will report back once we learn more about these updates.