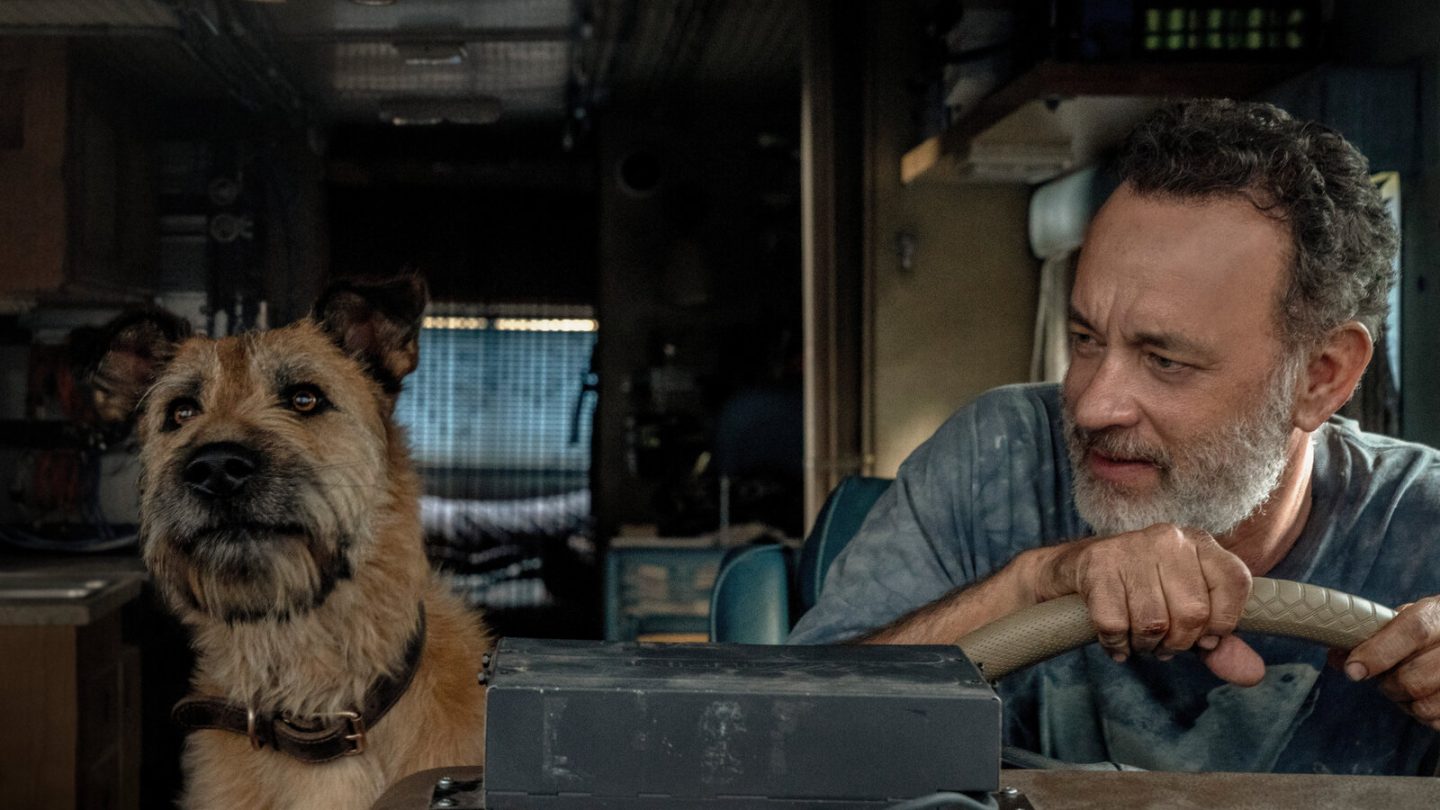 Apple TV+ still only has several dozen titles that comprise the entirety of its first-party streaming library. But if you’re a Tom Hanks fan, at least, you’re in luck. Since, even with that small amount of content, there are now multiple Apple Original Films starring Tom Hanks available to stream on the service, with Hanks’ new movie Finch added a little over a month ago.

The previous Hanks-led Apple TV+ title is the WWII action thriller Greyhound, in which Hanks plays a naval officer assigned to protect a merchant ship convoy from Nazi submarines. There’s a claustrophobic intensity that pervades the entire film. That’s because the viewer essentially stays at Hanks’ side for almost the entirety of the movie, on the ship he commands. Also for the iPhone maker’s streaming service, meanwhile, Hanks is working with Steven Spielberg on Masters of the Air. It’s a follow-up of sorts to Band of Brothers, a WWII miniseries that in my opinion is one of the best things HBO has ever produced.

Finch, meanwhile, gave us a heartwarming new Hanks feature film about a man, a dog, and his robot companion, traversing a dystopian, ruined American landscape.

Stop here, by the way, if you don’t want to encounter any spoilers.

There’s a really simple construct at the heart of this movie. A solar flare led to global devastation. Hanks plays a robotics engineer named Finch, and he’s slowly dying throughout the movie. And because his character knows he doesn’t have a lot of time left? He builds a robot to take care of his beloved dog named Goodyear after he’s gone.

In Finch, Apple’s press material explains, “a man, a robot, and a dog form an unlikely family in a powerful and moving adventure of one man’s quest to ensure that his beloved canine companion will be cared for after he’s gone … As the trio embarks on a perilous journey into a desolate American West, Finch strives to show his creation, who names himself Jeff, the joy and wonder of what it means to be alive.

“Their road trip is paved with both challenges and humor, as it’s as difficult for Finch to goad Jeff and Goodyear to get along as it is for him to manage the dangers of the new world.”

The film is directed by Miguel Sapochnik, who has helmed some of the biggest episodes of Game of Thrones, including Hardhome, Battle of the Bastards, and The Bells. His other feature film was Repo Men in 2010.

Over at Rotten Tomatoes, Finch currently enjoys a 67% audience score based on more than 500 user ratings. The critics’ score currently stands at 74%, derived from 151 reviews at the moment. They include this one from Mashable, which praises the movie for its simple pleasures.

“On the surface,” the reviewer notes, “Finch is a winsomely eccentric science-fiction adventure about a man, his dog, and his son, setting off on a quest for a better tomorrow.”

Comedian and former SNL cast member Leslie Jones raved that the film had her sobbing. “@tomhanks you are one of the best actors on this planet!!” she tweeted.

Thrillist, meanwhile, noted Sapochnik’s work with Hanks is what made this film such a treat. “Hanks plus dog plus robot might feel too cute for its own good, but director Miguel Sapochnik, a frequent helmer of the massive battle episodes of Game of Thrones, finds joyful and mournful notes to play while still hitting all the familiar beats.”

Check out our coverage on other Tom Hanks films

You may want to read my review of the initial Hanks film to hit Apple TV+, Greyhound. My colleague Chris Smith was not as excited about the film, and you can read his reaction here.

Looking for more great content to check out? Here are some very popular titles from our recent coverage: