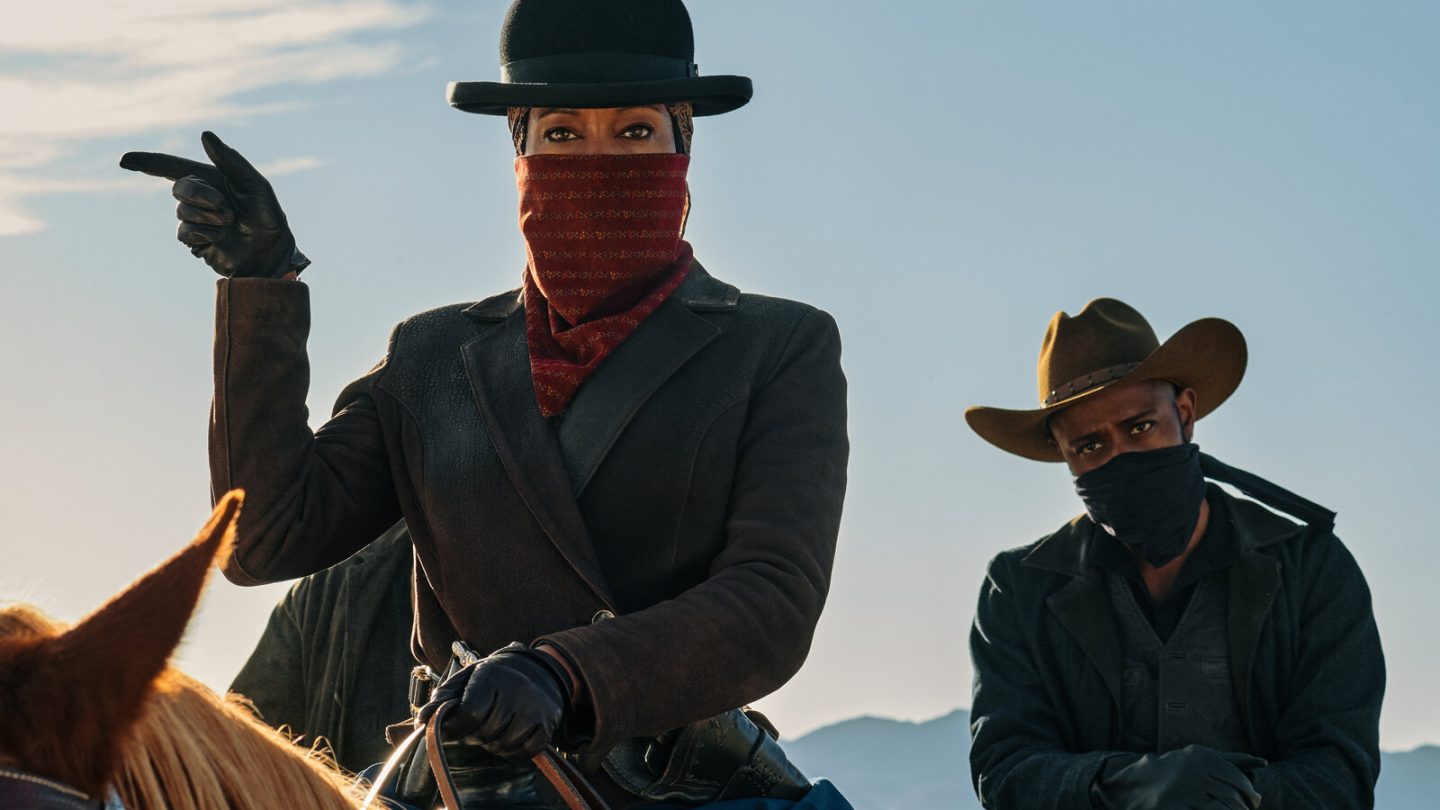 Jeymes Samuel, the director of Netflix’s highly anticipated new feature film release The Harder They Fall, grew up watching and loving Westerns. He always felt something was missing, however — rather, someone. Many someones. “Traditionally in Hollywood westerns, Black people, Chinese people, other people of color, and women were always shown as subservient,” Samuel said, as part of Netflix’s press material for his newly released film for the streamer that marks his directorial debut. And which was born out of real-life characters from the Old West. Characters that include Black men and women whom these kinds of genre stories have too often overlooked.

A review from USA Today calls this one a “stylish Western shoot-’em-up to remember.” And it certainly was one of the most eagerly awaited Netflix releases in October. It debuted in select theaters towards the end of the month, and Netflix made it available to stream starting today.

The Harder They Fall — now streaming on Netflix

The basic plot here is pretty straightforward. The central character — outlaw Nat Love, played by Jonathan Majors — learns that his nemesis Rufus Buck (played by Idris Elba) is getting out of prison. Love sets out to get his gang back together, track down Buck and seek revenge.

“Those riding with him in this assured, righteously new school Western include his former love Stagecoach Mary (Zazie Beetz), his right- and left-hand men — hot-tempered Bill Pickett (Edi Gathegi) and fast-drawing Jim Beckwourth (R.J. Cyler) — and a surprising adversary-turned-ally,” Netflix explains. Rufus Buck, meanwhile, has his own terrifying crew.

They include “Treacherous” Trudy Smith (Regina King) and Cherokee Bill (LaKeith Stanfield). “I loved Westerns so much growing up that when they invented Google I began to research all these great characters that we never got to learn about through movies,” Samuel told Netflix.

When the title sequence looks like this, you know it’s about to go down

THE HARDER THEY FALL is now streaming pic.twitter.com/B0bcPMu6wW

Fun fact about this movie: In it, Delroy Lindo plays a Black US Marshal by the name of Bass Reeves. You’ve probably never heard that name before. But you have almost assuredly heard the name of the pop culture figure based on Reeves: The Lone Ranger.

Over at Rotten Tomatoes, meanwhile, the film has pretty stellar scores right out of the gate. It’s got a 93% audience score right now, based on more than 50 user ratings. And the critics’ score stands at 88%, based on 117 reviews. Like this 4/5 rating from Screen Rant: “The Harder They Fall is a crowd-pleasing and worthy addition to the Western canon that knows how to have a good time with a familiar story.”