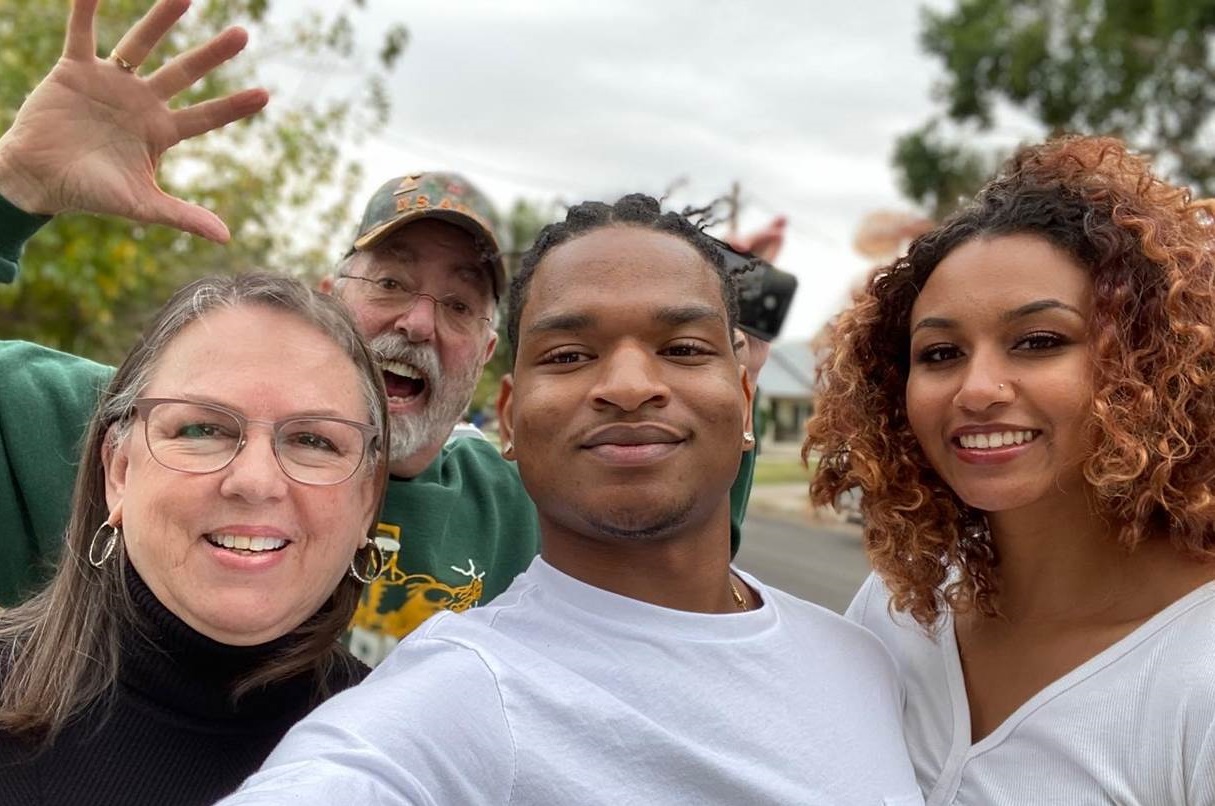 When you think of Netflix originals, pulse-pounding action movies like Extraction or Red Notice might be the first that come to mind. But the reason that Netflix is the biggest streaming service on Earth is because of its diverse library. In fact, the movies and shows based on actual events are often the ones that rocket up the charts. Netflix is always on the lookout for new stories that could be adapted to the screen, and this week, the company announced that it found one in the form of a viral tweet. Coming soon to Netflix: The Thanksgiving Text — based on an uplifting true story.

The story behind The Thanksgiving Text

Days before Thanksgiving in 2016, Jamal Hinton received a text from a number he did not recognize. Wanda Dench was trying to reach her grandson, but accidentally texted Jamal instead, inviting him to Thanksgiving dinner. Hinton, a senior in high school at the time, asked who was texting him.

Somebody grandma is coming in clutch this year!! Ayee!!! pic.twitter.com/QGrx83nHLl

Dench and Hinton then exchanged selfies. At this point Hinton noted that Dench definitely wasn’t his grandmother, but asked if he could get a plate anyway. Dench said yes, and now, five years later, the unlikely pair are still celebrating the holiday together every year.

It’s a sweet story, and as tragic and depressing as the news often is, it’s a great reminder that people are often kind to one another. And so, Netflix has decided to turn it into a feature film.

According to Netflix’s press release, Abdul Williams (Lottery Ticket, Salt-N-Pepa) will write the script for The Thanksgiving Text. Robert Teitel and George Tillman, Jr. will produce for State Street Pictures, and Lawrence Mott (Beats) will serve as the executive producer on the film. Netflix has yet to announce any members of the cast, as it sounds like the movie is still very early in production.

“We are excited to share our story with the world,” said Dench and Hinton. “We hope it inspires more people to reach out and make connections that they wouldn’t ordinarily make. We are so blessed to find a genuine friendship brought together by God from a mistaken text message.”

We have no idea when the movie will come out, but there’s no lack of content on the story online. For example, days ago, a local news station in Arizona interviewed the two after their sixth Thanksgiving together. You can watch the full interview with Dench and Hinton below:

Other tweets turned into movies

This certainly isn’t the first time that a studio has turned a tweet (or series of tweets) into a movie. A year before Dench and Hinton went viral, Aziah King posted a 148-tweet epic about a falling out with another woman. Filmmakers eventually adapted the thread into the movie Zola, which premiered at the Sundance Film Festival in January 2020. Zola is currently sitting at 88% on Rotten Tomatoes, and has been reviewed hundreds of times. And it’s all based on a bunch of tweets.

While you’re waiting for The Thanksgiving Text, check out what’s coming to Netflix this week.