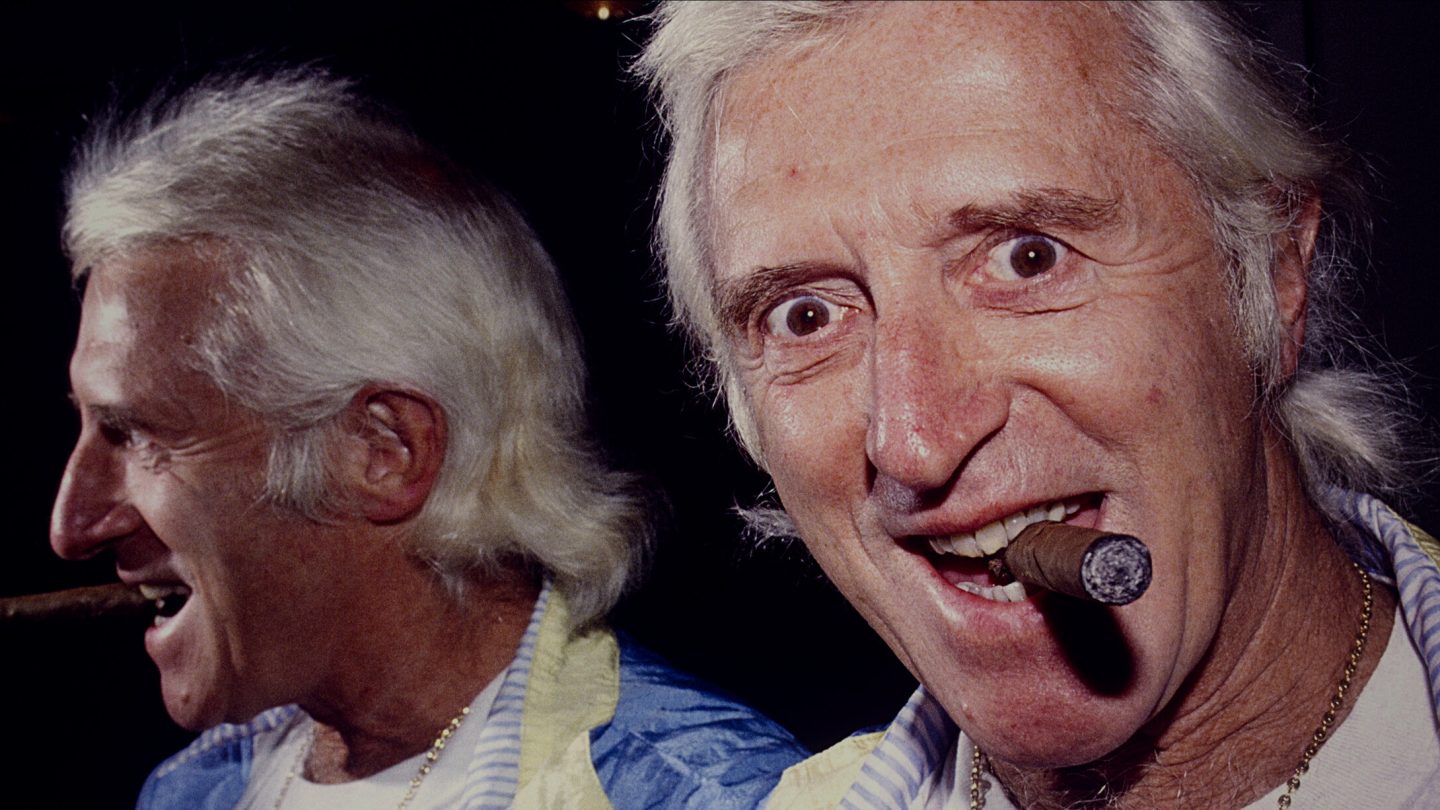 One of the clearest indications of the horror that awaits viewers of Netflix’s newest true-crime series — Jimmy Savile: A British Horror Story — comes from a review in The Guardian, of all places. You might, for example, expect a certain refinement of manner from a UK print journalist. But that review of Netflix’s new series about the British TV presenter and sexual abuser ends on an ominous note.

The writer closes by hoping that hell exists in the afterlife. So that Saville definitely pays for his sins in eternal purgatory.

“He knew fame and power gave him every door,” a voiceover says at one point in the trailer for the series, which is now streaming on Netflix. And another: “It turns out everywhere he’d been, there’d been abuse.”

What did Jimmy Savile do?

Here’s how Netflix’s official summary explains the presenter’s horrific actions. “Jimmy Savile rose to prominence in a career spanning decades in the entertainment industry in the UK. He had raised millions for charity, been knighted by the Queen, and achieved national treasure status by the time he died on the 29th October 2011.

“His funeral was broadcast live on the BBC. Since his death, independent investigations and those made by Scotland Yard uncovered that Savile had been a prolific and predatory sex offender, abusing hundreds of people, some as young as 5.”

To date, Netflix continues, more than 450 allegations of sexual assault and abuse have mounted against him. “The documentary examines, through extensive archive footage, Savile’s relationship with the British people, the establishment, and the media to understand how he managed to fool an entire nation for so long.”

That notion of a predator hiding in plain sight — and of people ignoring it, being fooled by it, choosing not to believe it, or some combination of the three — has pervaded several of Netflix’s high-profile true-crime releases of late. To be more specific, we’re referring to the willful suspension of disbelief that allows predators, abusers, scammers, con artists, and the like to get away with their crimes. The lies we tell ourselves just might be one of the most deceptively powerful forces on earth.

Indeed, true-crime content with salacious, incredible, and shocking stories like the one inherent in the new Jimmy Savile title has been a big part of Netflix’s recent mix of new releases.

Below, you’ll find some of our picks of the most memorable titles along these lines. If you’re a fan of the true-crime genre, these stories will definitely hook you pretty quickly. And a few of them, in fact, have been Top 10 releases for Netflix in recent weeks. Such as Bad Vegan and The Tinder Swindler, for a start.