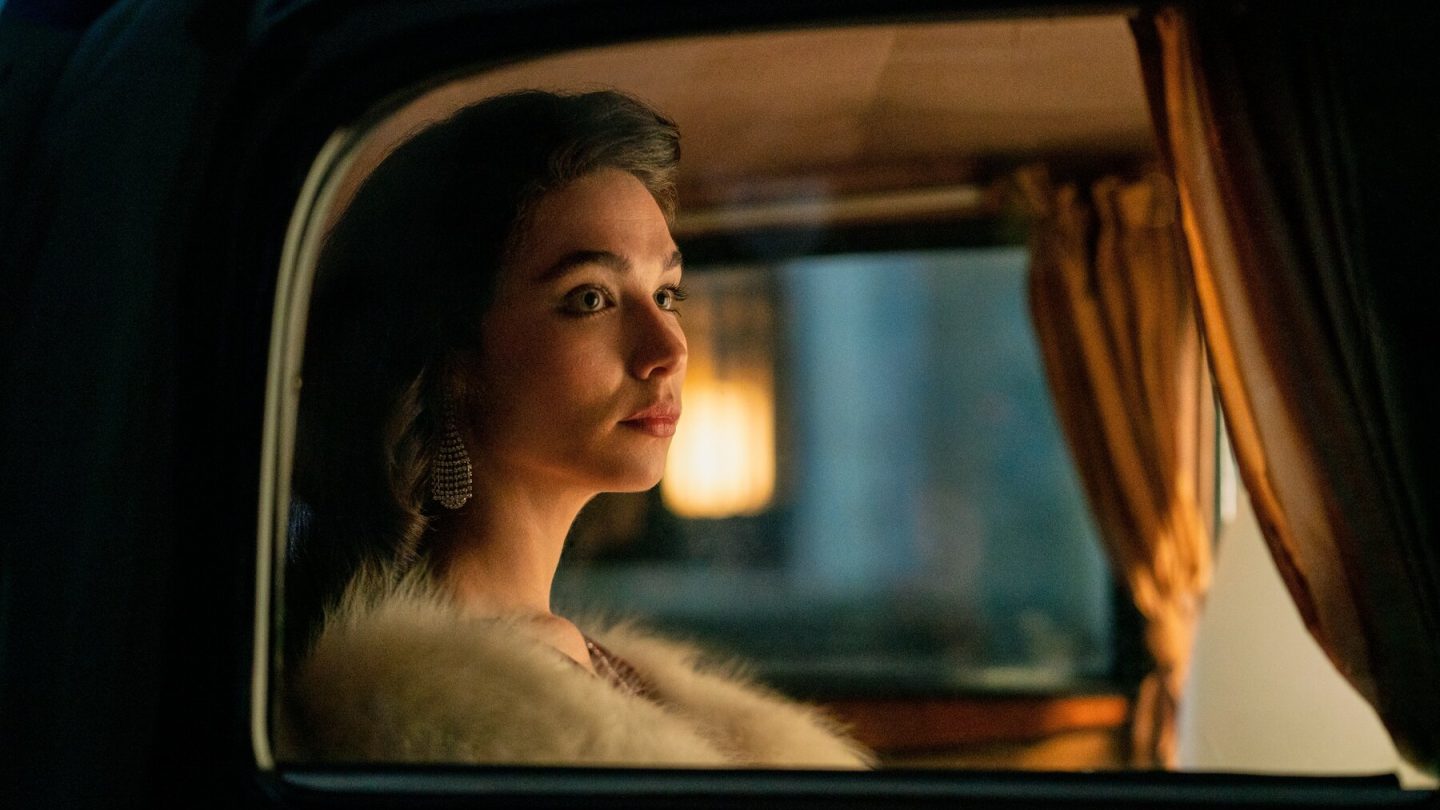 Just when I think I’ve whittled my streaming watchlist down to a manageable level, here comes a wave of new Netflix releases that are going to keep me — and probably many of you — busy again over the next several days.

The newest titles dropping on the streaming giant include everything from a WWII-era heist movie to a new romantic drama starring Zoe Saldana, plus tons more Netflix series to enjoy, as well as a German-language war film adapted from one of the greatest novels of all time that will be a 2023 Academy Awards contender.

The heist movie we alluded to above is Robbing Mussolini, coming on October 26, from director Renato de Maria and starring Pietro Castellitto, Matilda De Angelis, and Isabella Ferrari.

Set in 1945, the story finds a Milanese entrepreneur assembling a crew to pull off a daring heist: Stealing treasure from Milan’s fascist headquarters that belonged to dictator Benito Mussolini. A nightclub singer also gets roped into the scheme, which the misfits want to try and complete before Allied Forces arrive.

“This is our chance to take back all they stole from us,” a narration explains in the trailer, which you can check out below.

The vibe here looks to be a sort of Italian Money Heist, with a slightly more comedic tone. It got its premiere at the Rome Film Festival, and will definitely add something fresh and entertaining to this month’s pile of new Netflix releases.

“Hundreds of years ago,” del Toro explained in an interview included with Netflix’s press material about the series, “when traveling was a commodity that few could afford safely and people wanted to still get a sense of the wonders of the world, curiosities were collected by seafarers, adventurers, charlatans, you know, and they were exhibited in a room that was called a Cabinet of Curiosities.

“Oftentimes you had the skull of a large mammal, or the narwhal horn — you called it a unicorn horn —  and you had Fiji mermaids, which were taxidermy pieces … The person showing the curiosities opened a new world to the spectators.”

Guillermo Del Toro's Cabinet of Curiosities is a collection of sinister stories, told by some of today's most revered horror creators – including the directors of The Babadook, Splice, Mandy, and many more. pic.twitter.com/kADx8ToUQe

That’s the same idea behind his new Netflix release, for which eight directors were chosen to present different stories that explore what the idea of “horror” means — stories that encompass everything from internal demons to otherworldly creatures.

Another of the recent Netflix releases adapted from a book, meanwhile, is From Scratch — a cross-cultural romance starring Zoe Saldana that’s now streaming.

In this new Netflix series, Saldana plays an American student, Amahle “Amy” Wheeler, who’s studying abroad in Italy. There, she falls in love with a Sicilian chef named Lino, which leads to a whirlwind romance that’s eventually threatened by Lino’s health challenges.

The show is based on a book — From Scratch: A Memoir of Love, Siciliy, and Finding Home — that was written by Tembi Locke and published in 2019.

Barbarians: From Netflix’s summary of this series’ 6-episode Season 2: “The Roman troops have returned to Germania, stronger than ever, and Ari is confronted with his Roman past once more. His brother has joined the Roman side in order to punish Ari for his betrayal of Rome. While Thusnelda and Ari join forces to unite the tribes against Rome, Folkwin ominously challenges the gods.” Now streaming.

High: Confessions of an Ibiza Drug Mule: In this 4-part docuseries, we follow the story of how Michaella McCollum went from being a teenager in Northern Ireland to working as a cartel drug mule. She got caught trying to smuggle 26 pounds of cocaine through an airport in Lima. Now streaming.

The Good Nurse: I had no idea what this Netflix film was about when I first sat down to watch the trailer. But let me just say, as someone who’s generally not a fan of the true crime genre, this trailer had me hooked pretty much immediately. Seriously, this one offers a masterclass in how to tease and promote a movie — the movie, in this case, being a tense hospital drama wherein the always captivating Jessica Chastain plays an overworked ICU nurse who comes to slowly realize, over time, that one of her colleagues might be killing helpless patients. Release date: October 26.

Finally, Netflix is posed to debut its adaptation of one of the most celebrated war novels of all time.

All Quiet on the Western Front, the novel, is a magisterial 1928 epic from WWI veteran Erich Maria Remarque. Netflix’s film adaptation of the story will hit the streamer on October 28 (and, we’ve already learned, will be a contender for an Oscar next year, during the 2023 Academy Awards).

The story: It’s the spring of 1917, and 17-year-old Paul Baumer and his friends can’t wait to join the war effort, which will surely be over quickly and culminate in a march to Paris and a declaration of victory. That’s how the boys imagined it would unfold. All that enthusiasm for the Kaiser, God, and the fatherland, though, eventually ran headlong into the dismal situation they encountered after reaching the Western Front. That’s where they were met with pouring rain, turning the trenches into a disgusting and flooded swamp — and, soon enough, merciless French machine gun fire raking the German lines.

Writes Remarque in the novel:

“We are not youth any longer. We don’t want to take the world by storm. We are fleeing. We fly from ourselves. From our life. We were eighteen and had begun to love life and the world; and we had to shoot it to pieces.”