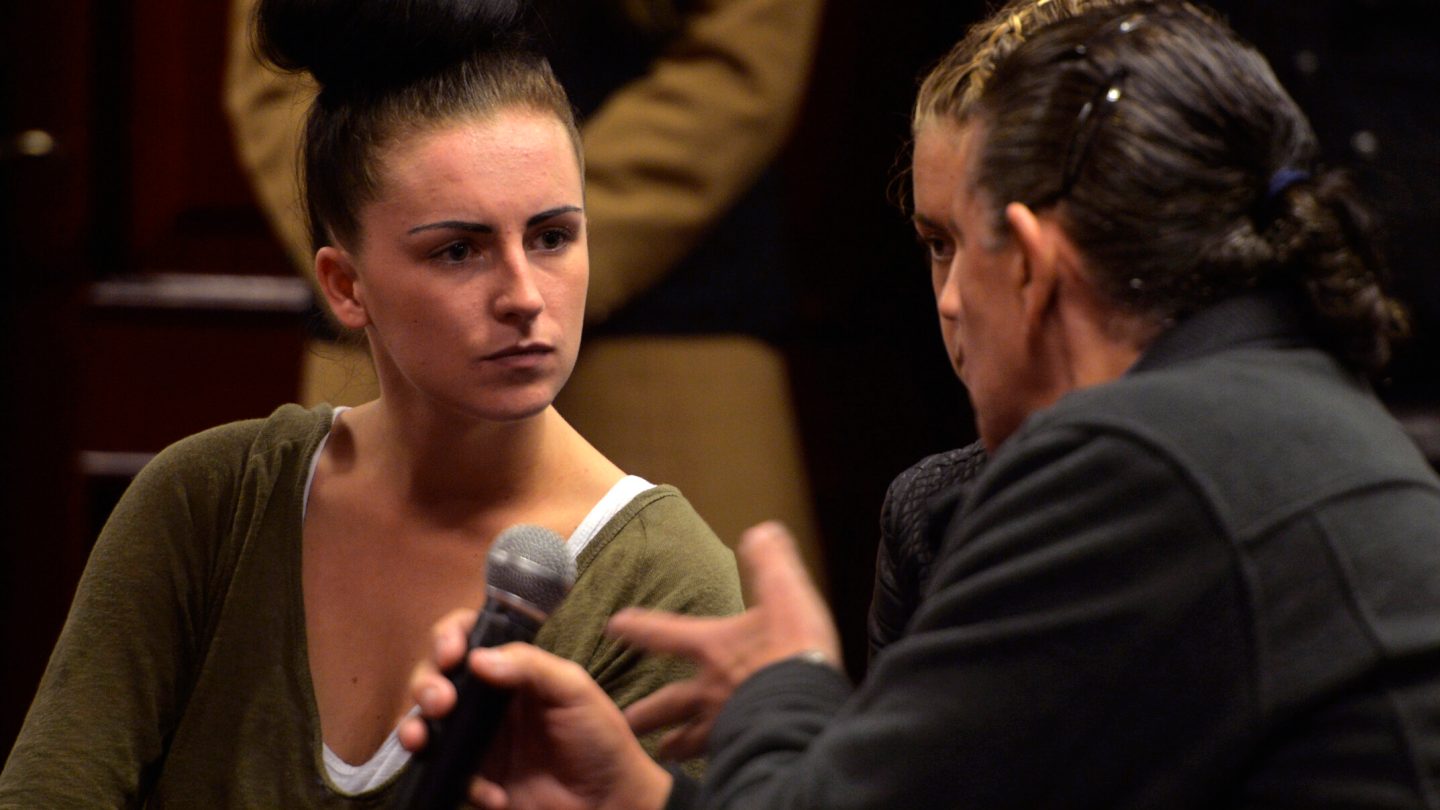 Watching the police rifle through her suitcase after armed guards had pulled her aside at Lima’s Jorge Chavez International Airport, Michaella McCollum’s heart jack-hammered in her chest at the sight of dozens of food packets, spread out neatly on the ground.

They were the very conspicuous and immediately eyebrow-raising packages of non-perishable food items that she and another young woman, Melissa Reid, were using to try and smuggle 26 pounds of cocaine out of Peru. The game was almost up. In a few moments, the cops would test the powder inside them for the presence of cocaine. McCollum, a party girl from small-town Northern Ireland who’d just turned 20, said in a low voice to the woman who would come to be known as the other half of the Peru Two, “Surely, this means we’re f——d.”

Over four episodes of the Netflix series High: Confessions of an Ibiza Drug Mule — among the new releases that just hit the streamer over the weekend — it becomes readily apparent not just that she was right, but how much of an understatement that was.

Confessions of an Ibiza Drug Mule

A few months earlier, McCollum was still just a teenager when she’d booked a one-way plane ticket to Ibiza, where she threw herself headlong into partying and clubbing and doing all the things you’d imagine a restless, pretty girl from rural Ireland might get up to. And then she met a tall, handsome guy who turned out to be a drug dealer.

At that point, she was running out of money to fund the high life she wanted to live in Ibiza. So when Handsome Drug Dealer Guy offered her a few thousand pounds to do a thing for him, she didn’t say no.

At first, she thought she’d be picking up a small package, filled with maybe something like ecstasy tablets, in Barcelona. At the last minute, the true destination was revealed to the impressionable young woman with no sense of geography whatsoever — who was also in too deep at that point to back out. “I’d been on edge ever since seeing the guns, but it would all be over soon,” she says in the Netflix series. “In just a few hours’ time, I’d be safely on a plane to wherever it was in Spain Lima was.”

She has her “We’re not in Kansas anymore” moment on the actual plane itself, staring in horror at the flight path displayed on the seatback monitor in front of her. The girls touch down in Peru. McCollum tries to push any qualms about getting lost in the jungle to the back of her mind.

The girls bide their time in Lima. “Did I know what I was doing? Sort of,” McCollum offered, in hindsight, in her 2019 prison memoir You’ll Never See Daylight Again. The Netflix series doesn’t get much closer to an articulate explanation for her motivations, other than suggesting that she became a drug mule the same way a person falls in love, falls asleep, or goes bankrupt — slowly, then all at once.

‘Whoever gets involved, they’ll face the music’

Eventually, the moment arrives. McCollum and Reid roll coke-filled suitcases through the busy Lima airport, ready to take the drugs with them back to Spain. “If you think taking coke is a rush,” McCollum says at one point during the Netflix series, “try walking with a million quids’ worth of the stuff into an international airport.”

The girls never had a chance.

The Peruvian officials interviewed in High: Confessions of an Ibiza Drug Mule, are as no-nonsense and unforgiving as you’d expect. “I read the police report,” says Peruvian chief narco prosecutor Juan Mendoza. “There was nothing to investigate.”

#Netflix should’ve called the #LockedUpAbroad crew to do this “confessions of an Ibiza drug mule story.” Michaella McCollum isn’t sympathetic at all. I mean, she’s a white European who had big fun in Spain and got caught up but still.

The police confiscated the drugs, he continued. The girls were obviously mules. And no one believed for a moment their story about — he checks his notes — transporting Quaker Oats and jelly from Peru to Europe. On a return flight.

“You don’t have to be a police to know that.”

Adds Peruvian prosecutor Sonia Medina, matter-of-factly, “The crime is the crime. And whoever gets involved, they’ll face the music.”

From Ibiza to jail to starring in a Netflix series

For McCollum, facing the music meant a sentence of six years and eight months in one of the toughest prisons in Peru. Inside, housed with rapists and murderers, the onetime party girl learns Spanish, is a model inmate, saves up money, works at a makeshift salon inside the jail — and, eventually, convinces a judge that she’s sorry for what she’s done, she’s learned from her mistake, and grown as a person.

“You can do the right thing,” her narration muses in the closing moments of the Netflix series. “You can change who you are. And you can get on living.”

On her Instagram account, today, she doesn’t so much express contrition for what happened as she does celebrate it as a vehicle for making her a better person. Side note: McCollum may also be one of the few people in history to look better after leaving a South American prison than when she went in.

In one of her most recent posts, she smiles at the camera with a “celebration cake” in front of her, one that bears a Netflix logo. And in another, she poses in black lingerie with a caption that subtly references a Netflix original jailhouse drama. It reads, “Black is the new orange.”