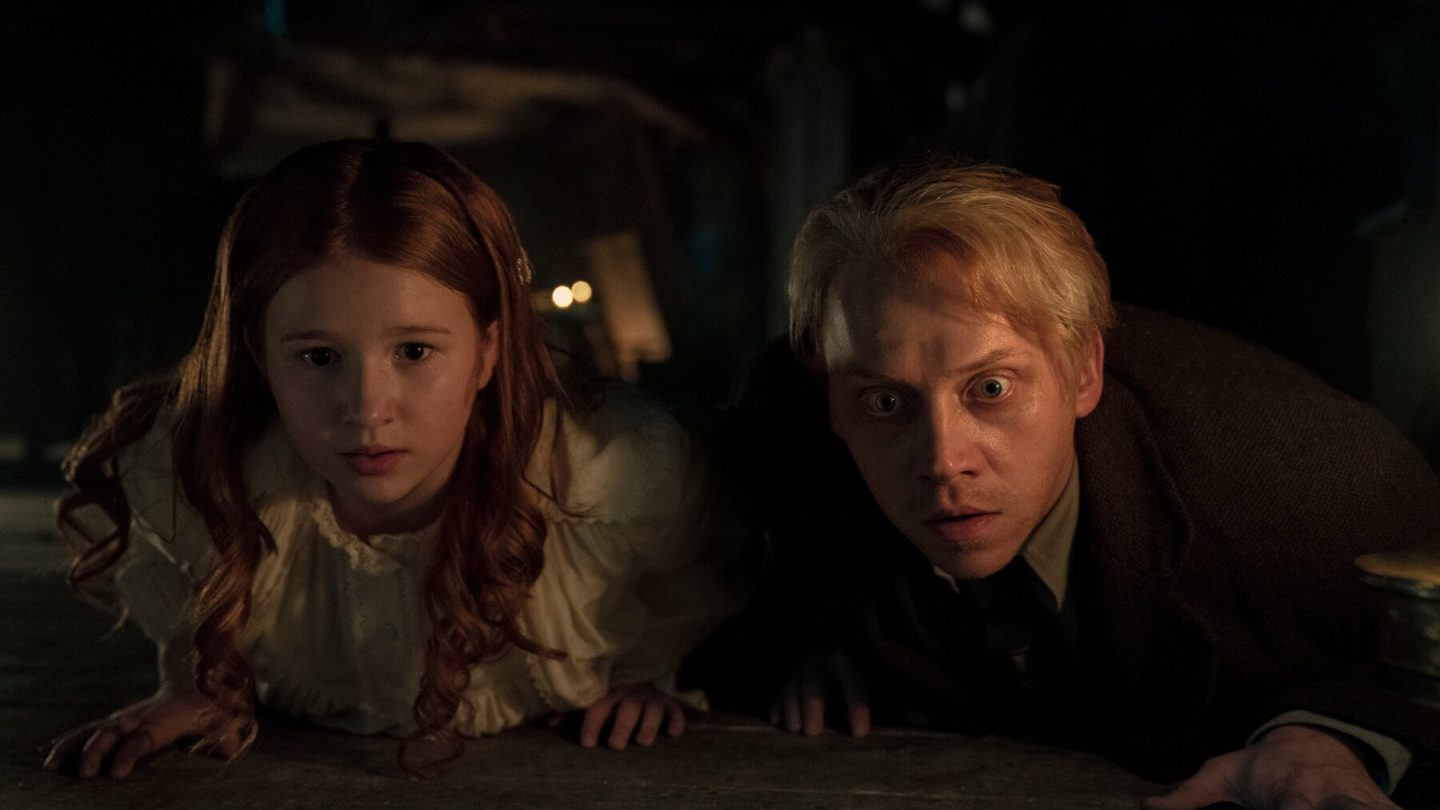 Guillermo del Toro’s new Netflix horror anthology Cabinet of Curiosities, which hit the streamer on Tuesday, is in many respects a throwback to fantasy anthology series both past and present — from Outer Limits to Black Mirror and The Twilight Zone.

“Hundreds of years ago,” del Toro explained in an interview included with Netflix’s press material about his new series, “when traveling was a commodity that few could afford safely and people wanted to still get a sense of the wonders of the world, curiosities were collected by seafarers, adventurers, charlatans, you know, and they were exhibited in a room that was called a Cabinet of Curiosities.

“Oftentimes you had the skull of a large mammal, or the narwhal horn — you called it a unicorn horn —  and you had Fiji mermaids, which were taxidermy pieces … The person showing the curiosities opened a new world to the spectators.”

That’s more or less the same concept behind del Toro’s new Netflix release, for which eight directors were chosen to present different stories that explore what the idea of “horror” means — stories that encompass everything from internal demons to otherworldly creatures.

The master of horror himself, author Stephen King, has raved on Twitter that Cabinet of Curiosities is “scary, sinister, and beautiful to look at.”

The series was created and executive produced by del Toro, who’s also the series host, with Academy Award winner J. Miles Dale (The Shape of Water; Sex/Life) serving as co-showrunner. And here’s what the show was going for, according to del Toro himself:

“Can we open eight pieces of a collection, curated by me, with eight directors I like or I want to bring attention to, and give them complete freedom and let them do a 40- to 60-minute piece to their liking, supporting them? That emulates that idea of a Cabinet of Curiosities being opened for spectators to see the world through somebody else’s eyes.”

This debut comes, by the way, as the horror genre has done particularly well of late on Netflix, with recent hit titles along these lines including The Sandman and The Midnight Club. To its credit, meanwhile, del Toro’s new series has debuted to strong reviews.

Cabinet of Curiosities begins streaming having already garnered a perfect 100% audience score on Rotten Tomatoes, as well as a nearly perfect 93% critics’ score.

Starting October 25, Guillermo del Toro is treating us this Halloween with a 4-day horror event series called Cabinet of Curiosities. Here's what you can expect: pic.twitter.com/g1b6nqTahA

“A mostly chilling, thrilling selection of scary tales,” one of the Rotten Tomatoes critics, for Empire Magazine, raves about the series. “Guillermo Del Toro has made a selection pack of horror shorts full of ghosts, gore, and giggles.”