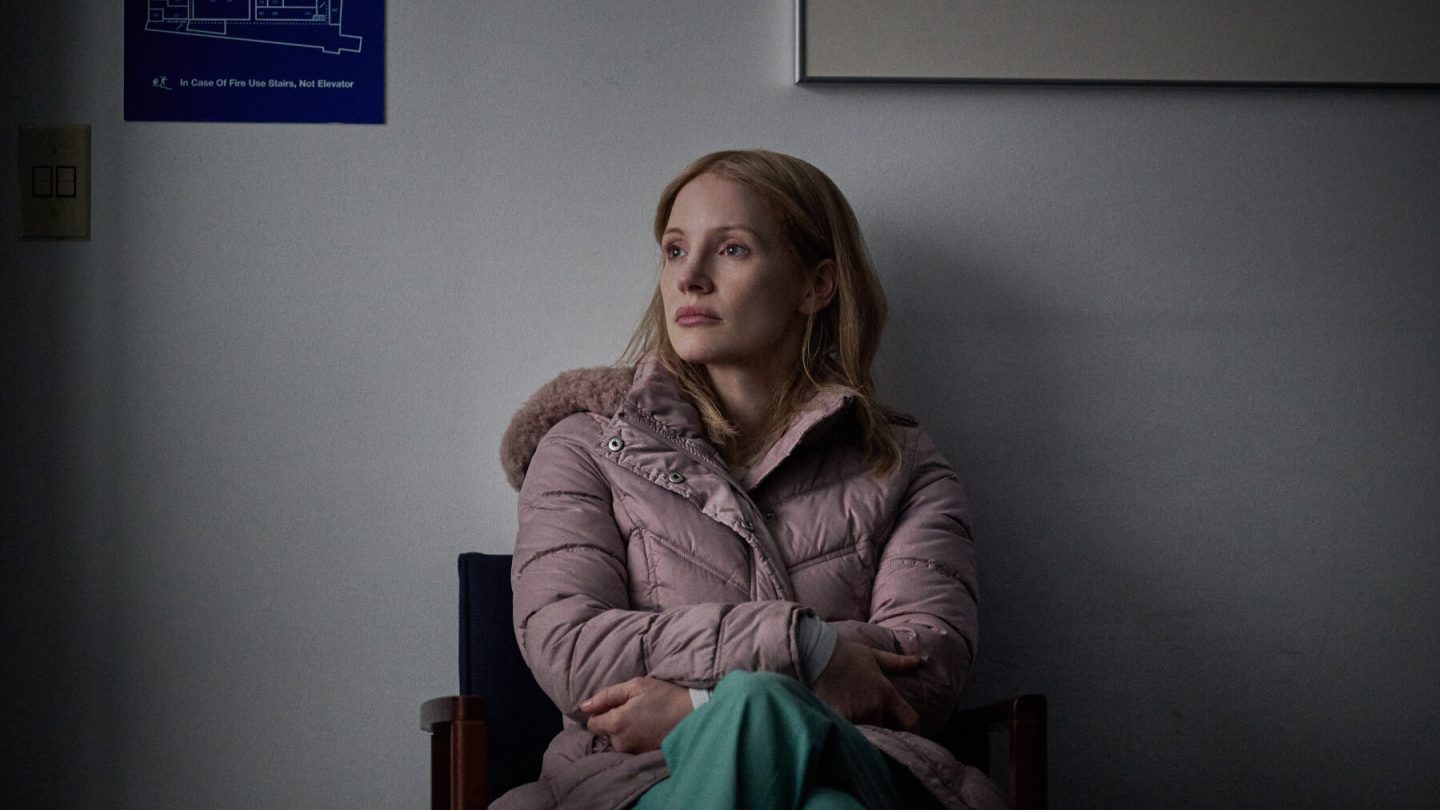 In the movie — which debuted on the streamer today and is also playing in theaters as part of a limited theatrical run — she portrays Amy Loughren, a single mother and a compassionate nurse working the night shift in a hospital ICU. The story is based on the 2013 book The Good Nurse: A True Story of Medicine, Madness, and Murder, published by journalist Charles Graeber, and it recounts a real-life series of events in which Chastain’s character steps up to take on a challenge that somehow eluded other nurses and hospital executives around the country:

That of stopping a fellow nurse named Charlie, played here with icy menace by Eddie Redmayne, who seemed like a nice-enough guy at first and good at his job until it becomes clear that he keeps … purposely killing patients.

The Good Nurse on Netflix

Complicating matters further, and adding an almost unbearable degree of tension to the story here, both Amy and Charlie grow close and even become friends, requiring an even further leap for Amy to be convinced that the quiet nurse she’s opened herself up to is evil personified.

Long nights shared in the hospital’s quiet halls and making the rounds in patient rooms leads Amy to confide in Charlie — and, because of how well things are going overall, to begin for the first time in years to feel hopeful about the future for herself and her daughter. And then … a series of mysterious patient deaths. An investigation points to Charlie, and somehow it all comes down to his colleague — whose job is physically and emotionally demanding enough already — to help catch and put away a killer.

Put it this way: As a rule, I tend to avoid true-crime content on streamers like Netflix. But I got sucked in to The Good Nurse (and I’m glad I did) purely on the strength of the jaw-droppingly great trailer alone, which you can check out below.

Meanwhile, here’s a look at what else besides The Good Nurse is also available to stream on Netflix starting today.

The new releases include fresh episodes of Netflix’s reality series Love is Blind, as well as a WWII-era heist movie, in which a gang of misfits decides to rob Italian dictator Benito Mussolini of his treasure stolen during the war.