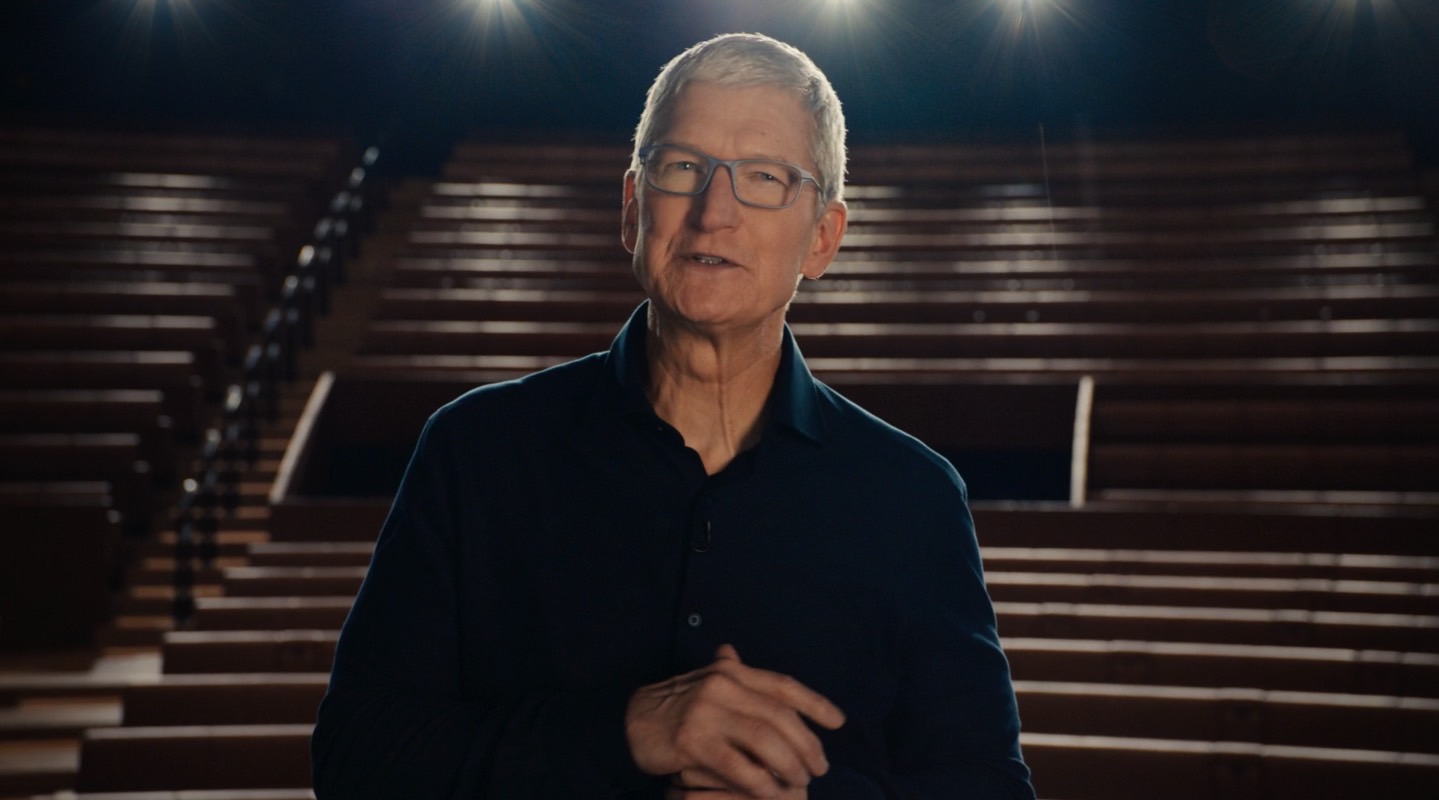 Apple kicked off WWDC 2020 on Monday morning with a much different keynote from Apple CEO Tim Cook compared to the presentations we’ve seen him make over his near-decade-long tenure.

Without an in-person audience this time, thanks to social distancing required by the ongoing coronavirus pandemic, the presentation felt a bit more intimate — with the camera putting us essentially on-stage with Apple’s chief executive as he teed up this year’s huge presentation of software updates that will power iPhones, iPads, Apple Watches, Apple TVs, and Mac computers over the coming year. We got a taste of the slew of changes coming to iOS 14, watchOS 7, macOS Big Sur, along with other changes on the way to Apple’s various platforms — changes that started coming at developers today and end-users will receive with the public software updates this fall.

Whether you missed the WWDC 2020 keynote and you want to get a rundown on the biggest announcements or you watched it live and just want a quick recap of all the most important details, you’ve come to the right place. In this post, we’ll take a closer look at some of the headline news that dominated WWDC 2020 on Monday:

Right out of the gate, Apple senior vice president of software engineering Craig Federighi gave a rundown on all the exciting new features coming with iOS 14 this fall.

Some of the highlights: iOS 14 introduces real widgets to the iPhone for the very first time. You can find all of your widgets to the left of the home screen, but they can also be dragged over to sit alongside your apps. The widgets come in multiple sizes, and with a feature called Smart Stack, you can stack a selection of widgets on top of each other, and it will change automatically throughout the day.

As an avid consumer of way too many streaming TV shows and movies on my iPhone, meanwhile, I’m so happy that picture-in-picture (PIP) video is also being added in iOS 14. If you’re watching a video on your iPhone and swipe to the home screen, the video will automatically go to PIP, and you can swipe the video to the side to hide it while the audio continues to play. You can also resize the video and move it around the screen, which will allow you to multitask. In other news, Siri is getting a brand new UI in iOS 14, and there a ton of great improvement coming to the Messages app, like the ability to pin conversations to the top of the app so you don’t lose track of your text threads with important contacts.

Learn more about iOS 14, which also brings a slew of updates to services like CarPlay and Apple Maps, right here. 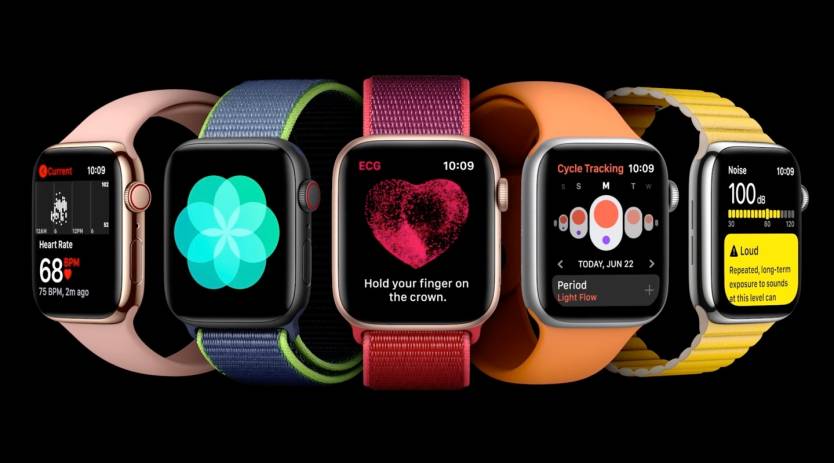 Apple’s watchOS 7 includes some big tweaks to complications, including new default watch faces as well as the ability to share watch faces with one another.

Among the other highlights of what’s coming with this new update, Apple Watch is designed to be a fully-featured fitness tracker, and so Apple is now adding “dance” as an exercise option. Along with this, Apple has decided to rename the Activity app, which will now be known as “fitness.” Built-in sleep tracking has always been a highly-requested feature for Apple Watch, and Apple’s new Sleep experience appears to fit the bill — it now includes a “wind-down” feature that helps the wearer relax and drift off to sleep. The watch will track your sleep quality and then, after you wake up, deliver an assessment.

The watchOS update even includes a coronavirus-related update. There’s now a handwashing feature that detects motions that match the act of washing one’s hands. This new feature will coach and ensure that you wash your hands fully and for the appropriate amount of time. Learn more about watchOS 7 over here.

Among the noteworthy highlights coming in iPadOS 14, Apple has added a new sidebar UI unique to iPadOS. The sidebar is present in apps like Photos and Notes and provides users with greater granular control and expanded usability options, and in the demo we saw today during Apple’s keynote it suggests that this new feature will further blur the line between the iPad and the Mac.

The new iteration of iPadOS also includes improved search functionality. Search on iPadOS 14 will now somewhat resemble search on macOS to the extent that it can be used to search for specific files, documents, and contacts within apps. Additionally, iPadOS 14 will deliver enhanced support for Apple Pencil. Most notably, the forthcoming iPadOS update will include a feature Apple refers to as Scribble, which will allow Apple Pencil users to have their handwritten notes automatically converted into text.

Everything inside macOS Big Sur has been redesigned to look exactly like its iPhone and iPad equivalent, and some apps are built on Apple’s Catalyst platform, including the new Messages and Apple Maps applications.

Safari has also received a major update, from design to new privacy features, favicons, and add-ons. Safari is also inheriting new privacy features from iOS, like the ability to offer specific sites temporary permissions. This would be things like “allow for one day” and “allow for this website” permissions that you’d see on iOS or iPadOS, and a built-in intelligent tracking prevention button in the address bar will tell you exactly how your apps are tracking you.

The Big Sur redesign comes in preparation for Apple’s big switch from Intel to ARM that was also announced at the show. macOS Big Sur public beta 1 will be launched next month, although we don’t have an actual release date for it. The developer version, however, will be available right away.

is as important as ever for Apple following the launch of the + subscription service, and tvOS 14 is bringing new features to the hardware.

Improved multi-user support means that you can now switch between users on your and pick up in a game right where you left off. Switch over to another user and you’ll see their progress instead. We also learned that the app will be coming to Sony and Vizio smart TVs later this summer, and we got to see the first teaser trailer for Foundation, which will come to + in 2021:

To take a deeper look at the updates coming to tvOS, head here.

Cook called today “historic” for Apple, partly because the company will officially be transitioning away from Intel. Instead, future Macs will boast ARM-based designs.

The new Apple-designed silicon will be designed specifically for the Mac and will allow Apple to bring much better products to market. Notably, developers will be able to deliver a single binary capable of working on both Intel-based Macs and Apple silicon.

To learn more about what this means, go right here.