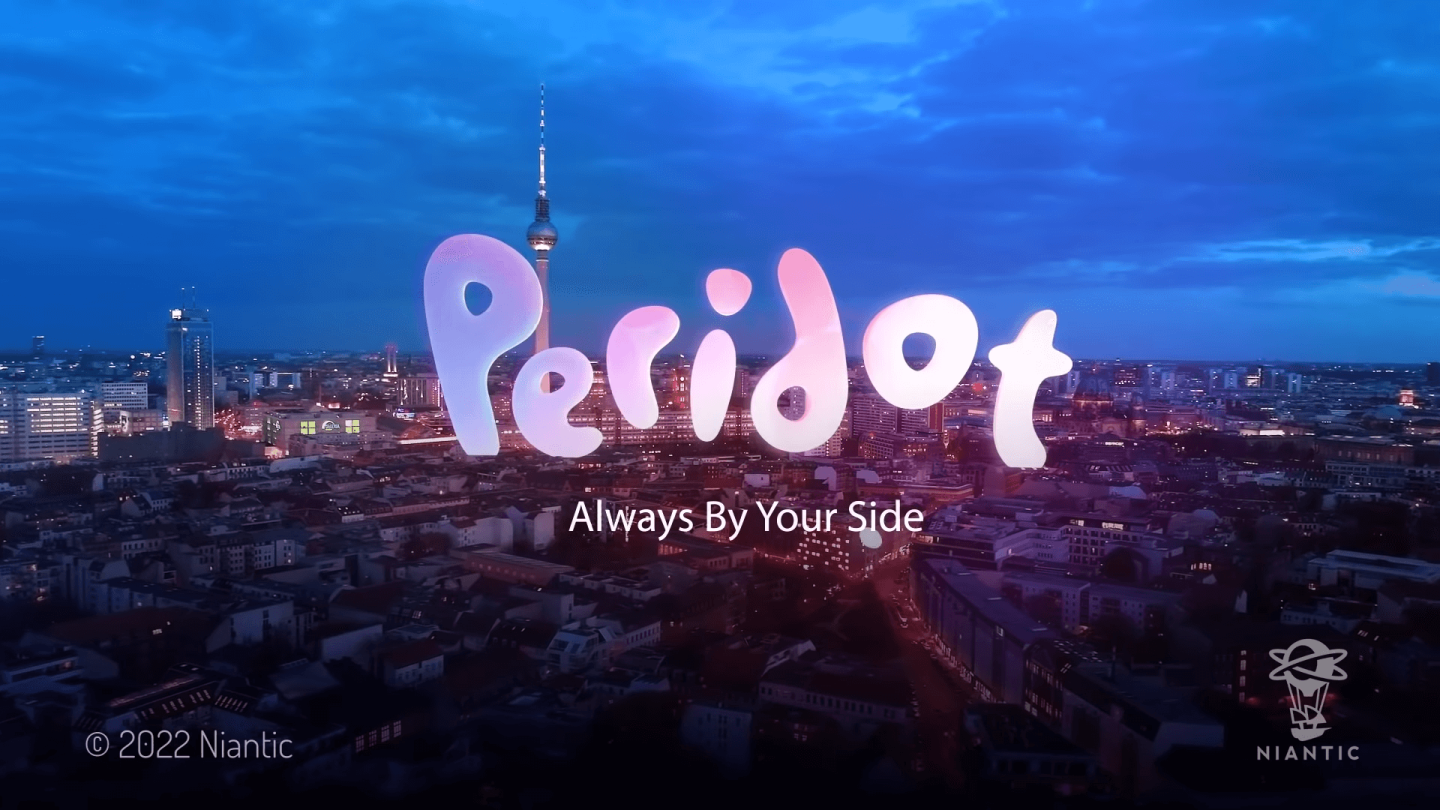 Niantic is working on yet another augmented reality project. The Pokémon Go developer announced on Wednesday that it is working on another real-world AR game called Peridot. The game is slated to enter a soft launch very soon and will give players their own Peridots, or Dots for short, to raise.

Niantic has seen a lot of success from some of its former AR titles, most notably Pokémon Go. Peridot looks to borrow some of the same elements from that, utilizing the real world alongside the title’s gameplay.

Niantic hasn’t shared a lot of details about the upcoming AR game, but it looks to take some cues from Tamagotchi. Younger generations might not remember these handheld virtual pets, but I can definitely see some similarities between the two. Unlike Pokémon Go, though, Peridot does not look to be centered around catching new pets.

Instead, the game looks to focus heavily on the care aspects of the virtual pet genre. Again, this draws some comparisons to Tamagotchi, which required you to care for them on a daily basis. You can check out the trailer and Niantic’s website for a little more information about what to expect out of Peridot. We’ll also break it down a little bit more below.

What do you do in Niantic’s new game?

In Peridot, players will need to take care of their unique Dot by feeding it and playing it. You can also pet your Dots, as well as teach them tricks.

Of course, being an augmented reality game, you’ll be able to see your Peridots in the real world when using your smartphone camera. This allows you to take photos of your Dots when adventuring outside of your home. In fact, Niantic says that you should take your Dots on daily walks, and show them the world so that you can find other goodies they’ll love.

The company didn’t share what kind of goodies or items you’ll find while adventuring. However, Niantic did say that you’ll have the opportunity to breed your Peridot with other people’s Peridots to expand the unique community of virtual pets brought to life in this game. It’s an interesting angle that might appeal to many players who want a virtual pet to take with them when they go somewhere.

Unfortunately, the company has yet to share a release date for Peridot. The game is set to hit a soft launch soon. That means it will be available in limited regions. However, Niantic hasn’t shared exactly when that soft launch will kick off. You can sign up on the official website.

Don't Miss: Best Pokemon games to play on your iPhone