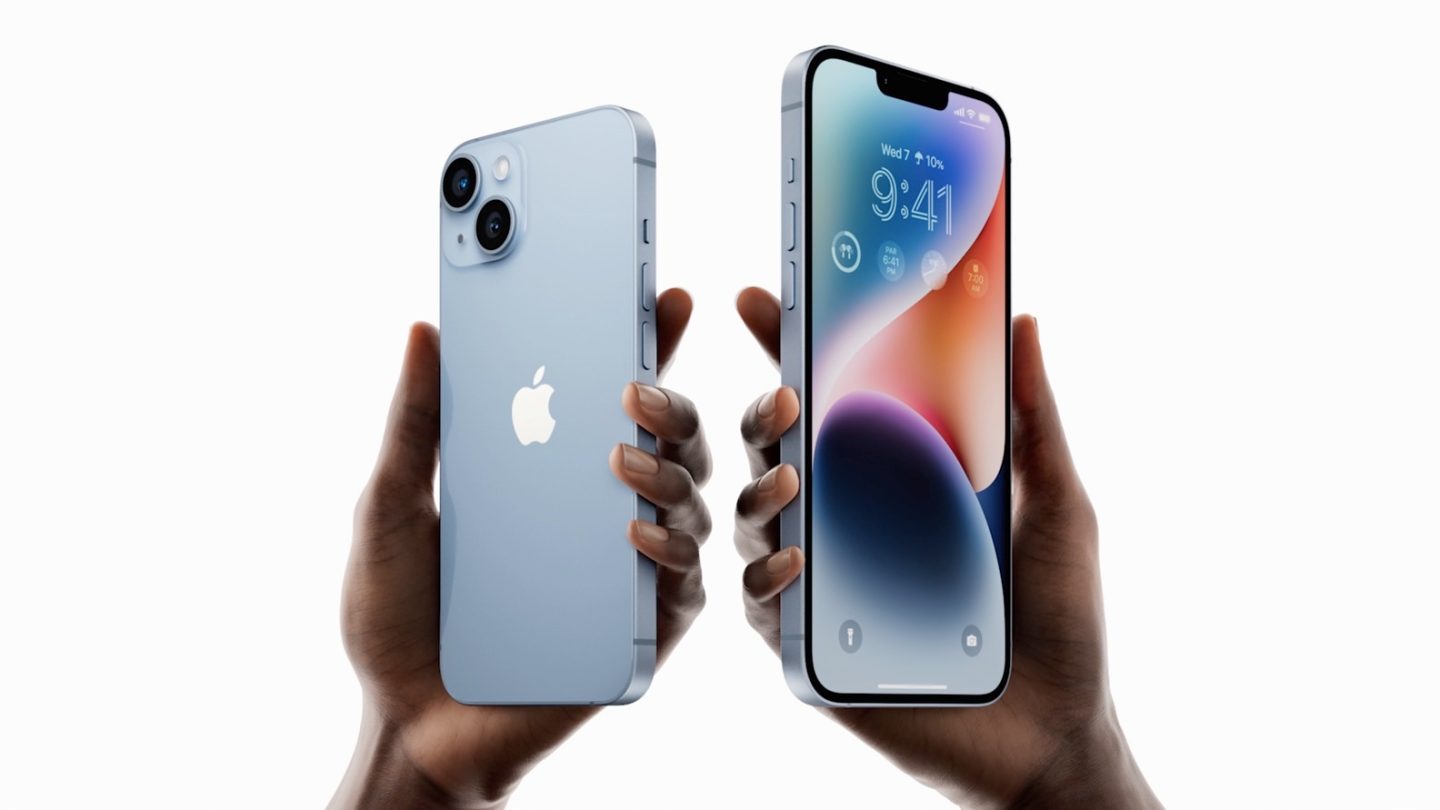 Here’s an illuminating iPhone statistic that should help add some perspective to the macro environment surrounding Apple’s iPhone 14 launch event, which is being broadcast this morning from the company’s Cupertino, California, headquarters.

An estimated 240 million iPhone users out of the 1 billion total around the world have likely not upgraded their phones in at least 3.5 years. That would mean they’re still using, say, an iPhone 11, or maybe even an iPhone XR. Apple, meanwhile, is betting that the new iPhone 14 lineup with its spec improvements — including faster chips, an always-on display, better cameras, plus new color finishes — will make buyers out of those procrastinators still holding on to older, good-enough phones.

That estimate of the degree to which the iPhone pump is thus primed for a big upgrade cycle comes from Wedbush Securities analyst Daniel Ives. He also pointed to an order from Apple of 90 million iPhone 14 units for the new series’ initial production run.

The glass-half-full contingent among the Apple watchers out there will no doubt read into that 90 million figure that, if nothing else, a big chunk of Apple’s customer base is more than ready to splurge for an upgrade to the iPhone 14. So what exactly will those consumers be getting with these new iPhones, two of which are standard and less expensive options, while the other two are pricier “Pro” models?

Meanwhile, here’s a brief roundup of what we know so far about the new phone models, which are: the iPhone 14 and 14 Plus, as well as the iPhone 14 Pro and Pro Max.

Pre-orders for the iPhone 14 and 14 Plus begin this Friday, with their first availability one week later. Prices start at $799, while the iPhone 14 Plus starts at $899. The 14 Plus will be available later, on October 7th.

In terms of hardware, the sizes will include 6.1- and 6.7-inch variants. Fans of the K-pop group BTS, meanwhile, will no doubt quickly snatch up the new purple iPhone color finish introduced with this year’s series. That’s because purple, for those of you unaware, is the signature color of the wildly popular band. Additionally, expect thicker camera bumps for the iPhone 14 Pro models (which we’ll talk about in more detail below).

Breakthrough features included with the iPhone 14 include an Emergency SOS feature included free for 2 years, whereby a user in a remote area with poor cell coverage can call emergency services via a satellite connection.

iPhone 14 and iPhone 14 Plus will be available in midnight, blue, starlight, purple, and (PRODUCT)RED color finishes. Both phones also boast a powerful new main camera with improved low-light performance, as well as the inclusion of the A15 Bionic chip which helps enable even better battery life.

Regarding the chip, though, it’s a bit disappointing that the iPhone 14 comes with an A15 instead of A16. This is the first time the standard phones haven’t had the same chip as the upper-tier models in the new series, with Apple here basically just recycling last year’s tech for the standard non-Pro models.

Per Apple, meanwhile, iPhone 14 and iPhone 14 Plus also “introduce a new standard for photo and video capture with a new 12MP Main camera featuring a larger sensor and larger pixels, a new front TrueDepth camera, the Ultra Wide camera to capture more of a scene, and Photonic Engine for a giant leap in low-light performance.”

Let’s now say a word about Crash Detection, and Emergency SOS via satellite.

The latter, according to Apple, “combines custom components deeply integrated with software to allow antennas to connect directly to a satellite, enabling messaging with emergency services when outside of cellular or Wi-Fi coverage.

“Satellites are moving targets with low bandwidth, and it can take minutes for messages to get through. Since every second counts, with Emergency SOS via satellite, iPhone front-loads a few vital questions to assess the user’s situation, and shows them where to point their phone to connect to a satellite. The initial questionnaire and follow-up messages are then relayed to centers staffed by Apple‑trained specialists who can call for help on the user’s behalf.”

Emergency SOS via satellite will be available to users in the US and Canada starting in November. And the service will be free for two years. Note: Apple adds that this satellite connectivity was designed for use in open spaces with a clear line of sight to the sky. That means the feature’s performance could be impacted by obstructions like trees or buildings.

A new dual-core accelerometer capable of detecting G-force measurements of up to 256Gs, plus a new high dynamic range gyroscopic, means that iPhones can also now detect when a user has been involved in a serious car crash. Moreover, this feature automatically dials emergency services when a user is unconscious or unable to reach their iPhone.

When a severe crash is detected, the emergency services call interface will appear on Apple Watch, since that’s what’s most likely to be closest to the user. The call, meanwhile, is placed through iPhone if it’s in range.

iPhone 14 Pro and Pro Max will also feature 120Hz ProMotion displays that are even better than last year. The Pro phones are expected to come in 6.1-inch and 6.7-inch variants. They’ll also include a hole-punch cutout for the camera, plus a faster A16 Bionic chip.

“Our customers count on their iPhone every day, and with iPhone 14 Pro and iPhone 14 Pro Max, we’re delivering more advancements than any other iPhone,” Apple senior vice president of worldwide marketing Greg Joswiak said in a news release. “iPhone 14 Pro introduces a camera system that empowers every user — from the casual user to the professional — to take their best photos and video, and innovative new technologies like the Always-On display and the Dynamic Island, which offers new interactions for notifications and activities.

“Groundbreaking safety capabilities bring users even more security, offering help when they need it most. And with the incredibly powerful and efficient A16 Bionic chip and all-day battery life, this is the best iPhone yet.”

READ MORE: I want this one iPhone 14 Pro feature more than anything else

Also worth noting, for some additional context surrounding Apple’s “Far Out” iPhone 14 event:

“Apple continued its strong growth in the first half of 2022, driven by robust demand for the iPhone 13 — which was the best-selling smartphone worldwide in (the first half of the year) — and the newly launched iPhone SE (3rd Gen),” Canalys research analyst Le Xuan Chiew said.

Chiew added that: “Apple’s effective countermeasures against macro-economic uncertainties drove iPhone shipments in H1 2022.” Moreover, Chiew went on to note that Apple’s decision to maintain the price of the iPhone 13 saw it outperform market expectations, while diversifying its production out of China and into India helped the company weather nettlesome supply chain issues.

Here also is a breakdown from Canalys of the share-by-model of Apple’s worldwide phone shipments. These figures cover the first half of 2022: