The Boy Genius Report: The past four years of BlackBerry warning signs 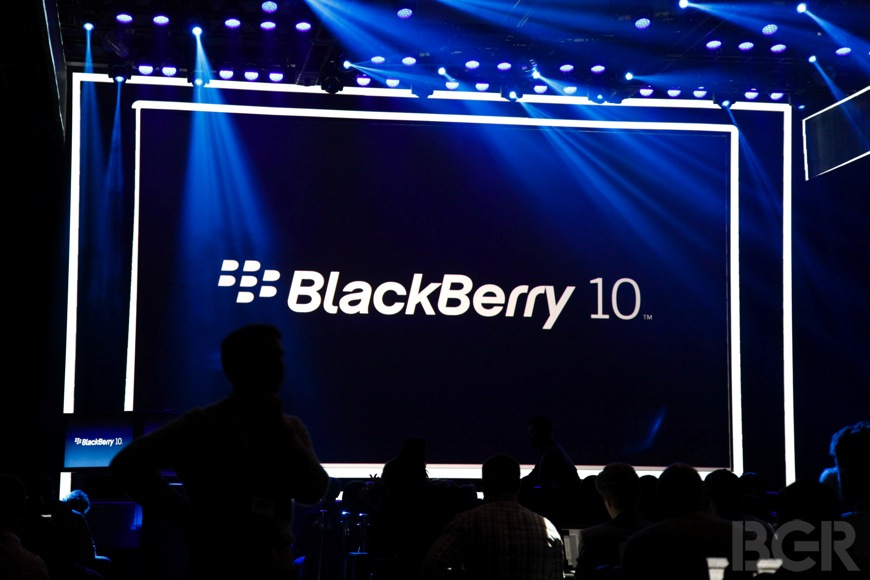 It’s been incredibly clear to me for years that BlackBerry as a company was on its way to becoming a complete failure. It’s not just that Apple had introduced a world-changing phone that would flip the entire telecommunications industry on its head. It really wasn’t that. What I saw, from being so closely connected to the company for many years and from all of my sources inside and around RIM, was a company that actually lacked talent among other things, top to bottom. It was a mix of a hundred different problems: company culture no doubt, leadership of course, but this was a company that was so backwards in its thinking, so off its game in just a couple of months after the iPhone was announced, that it actually went on to produce some of the worst smartphones in history.

This isn’t an article where I’m boastfully talking about all the times I have predicted that this would happen to RIM, but it’s one in where we can look back at a timeline of events to see exactly what I was thinking ever since 2009 and why.

As the software capabilities grow with a much better browser, all-touch keyboard and other features, it feels like RIM loses it’s core. The company is forced to try to reinvent the smartphone and in the process just seems to end up making an iPhone, Android, and Windows Phone competitor that isn’t as good as any of them. And in several ways, it isn’t even as good as the BlackBerry before it.

It’s very tough to build a phone from scratch, starting with the operating system, crafting the user interface, and picking the right path for app development and support. There were plenty of different paths for Research In Motion to take, and I do kind of question the one that the company ultimately chose.

Just take a second to realize what this means… RIM has no competitive product in the smartphone market, and its most widely known asset — the company’s BlackBerry Enterprise Server PIM functions — will be changing into something much less powerful in the near future

I sat at my computer in amazement a little earlier. Most of me knew that RIM is too damaged and too slow to pivot, and just too out of touch with its customers to know it actually has a chance. But, there was this small part of me that was genuinely excited for BlackBerry World’s announcements. Then I saw Thorston Heins start off the company’s most crucial keynote ever with Salesforce and Cisco.

This company has not changed, and won’t change.

RIM doesn’t only miss the mark on both counts with the BlackBerry Torch 9850, the company demonstrates once again that it has no idea where the mark is or where it will be in the future.

Inside RIM: An exclusive look at the rise and fall of the company that made smartphones smart (July 13, 2011)

RIM would be proud of the fact that someone would only use 1MB of data in a month in 2005, and as a result, there wasn’t ever any extensive R&D done within the browser space. Over time, that misstep affected BlackBerry tremendously as competing devices began to deliver desktop-like Web experiences. “Mike Lazaridis couldn’t imagine that consumers would be spending hours watching and streaming video to their devices, he couldn’t understand it,” the former exec continued. This is why we don’t see RIM excelling in spaces like camera technology, or displays — because the company never even attempted to anticipate the smartphone trends we’re seeing today. “RIM is a reactionary company.”

Open letter to BlackBerry bosses: Senior RIM exec tells all as company crumbles around him (June 30, 2011)

Let’s revisit the market-moving open letter that a senior executive at BlackBerry shared exclusively with BGR in which the employee’s frustration captured how most of the company was feeling at the time.

“We are in the middle of major “transition” and things have never been more chaotic. Almost every project is falling further and further behind schedule at a time when we absolutely must deliver great, solid products on time. We urge you to make bold decisions about our organisational structure, about our culture and most importantly our products.”

RIM just reached out to us with a statement regarding our post from this morning in which we reported that a big box retailer provided us with information surrounding BlackBerry PlayBook sales and returns. RIM’s response is as follows:  The source of the reported comment is anonymous and unknown to RIM, but the comment is certainly inconsistent with the positive feedback we have received from our main retail partners. As previously indicated, RIM will provide a business update on BlackBerry PlayBook results on June 16.

I can’t help but feel like the PlayBook, as it stands now, is an unfinished product.

BlackBerry has never understood marketing. Put this into perspective, a company that was on top of the world has had the worst marketing and advertisements of any large technology company I can think of. Stupid, thoughtless commercials, taglines, bad sponsorships, product names, refusal to acknowledge consumers early enough, and so on.

All RIM has to do is copy Apple and for the most part, they’ll win. Yet they refuse. They start things and never finish them and their follow-through is horrible just like how this U2 sponsorship turned out to be.

What happened to Research In Motion and where are they going? (June 30, 2009)

Look ahead three years and tell me point blank you have confidence that RIM knows how to steer this ship. I don’t, and that’s being incredibly honest. It’s not me being negative, it’s objectively looking at the landscape and evaluating things. I want RIM to succeed, I want RIM to make kick ass products. I’m just frustrated that RIM is going through hardware like it’s nobody’s business yet fails to deliver on the things that everyone wants. Screw business people, screw consumers, everyone wants a WebKit-based browser. It’s inexcusable RIM doesn’t get it. It’s inexcusable that people put up with a 2003 operating system with so many limitations and restrictions.