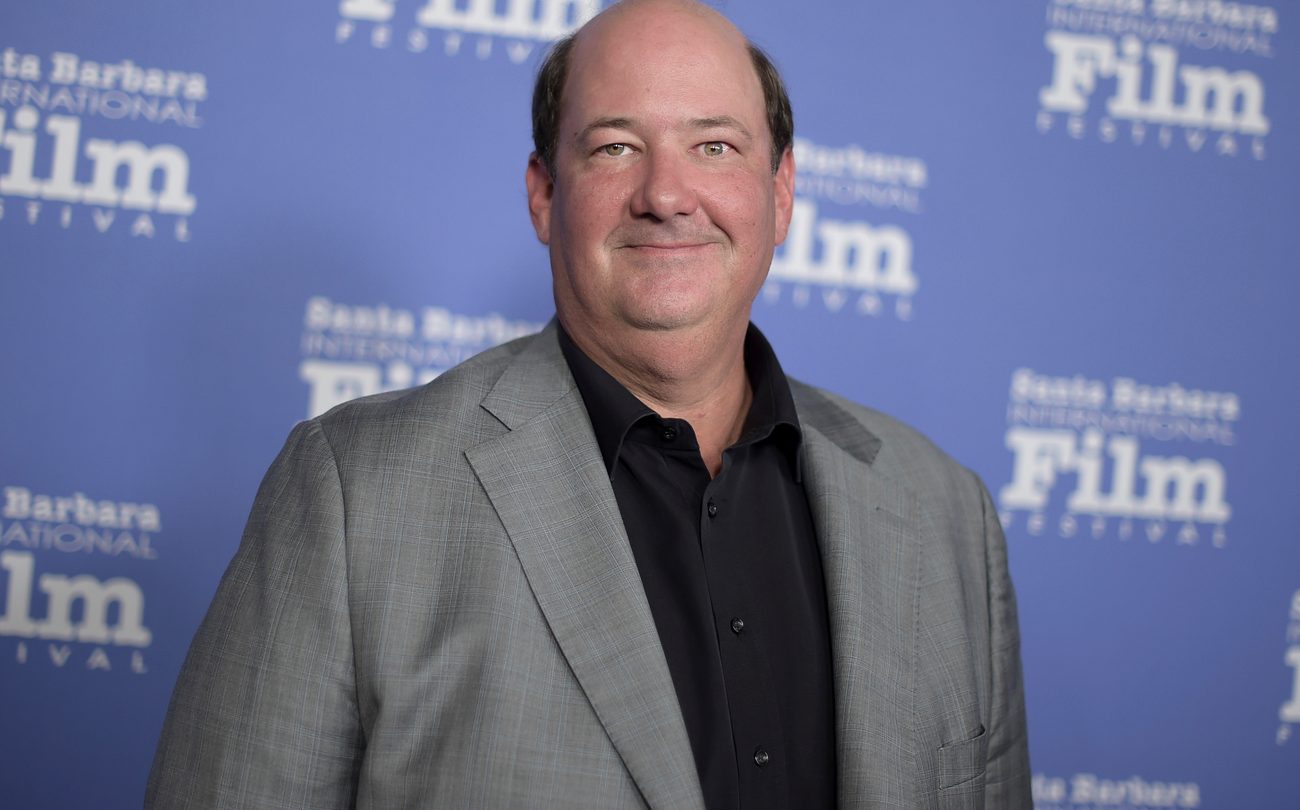 The first thing I notice when Brian Baumgartner comes onto the line is the voice. It’s a deep, rich baritone, with the polish and self-assurance of a broadcast personality — nothing like that of the dopey affectation Baumgartner came up with for Kevin Malone, the bumbling, mathematically challenged accountant he played for all nine seasons on NBC’s The Office. This guy on the line now, he sounds more like someone you’d hear delivering tonight’s top stories, or emceeing a star-studded bash. Certainly not mumbling comedic gems like “Whenever I try to make a taco, I get too excited and crush it” or “I wanted to eat a pig in a blanket … in a blanket.”

The second and much more interesting thing I notice, as Baumgartner and I chat about the enduring affection that TV audiences have for The Office, is just how thoughtfully he regards its place in the world, and how he’s gotten a little philosophical over the years about the whole enterprise.

Remember when Kevin risked his life for a cupcake 😤🧁 pic.twitter.com/ozu7u7Rn9i

It’s de rigueur at this point for ex-Office cast members to express their amazement at the fact that we all not only still love this deceptively mundane little sitcom 15 years after its US debut — but that it’s also found a new generation of fans on Netflix. That a pop star like Billie Eilish sings about it. That we’re all still sharing Office GIFs like the Michael Scott “NOOOOO,” and that Office fans have been writing fan fiction that imagines what episodes would look like in the era of the coronavirus pandemic.

But how to account for all that? What makes this show about a boring paper supply company in a boring little Pennsylvania town feel like such a perfect world to so many people? There’s a Dundie somewhere with your name on it if you can successfully probe the depths of that mystery.

Baumgartner, for his part, decided to try, and he’s doing so by hosting his own Spotify-exclusive podcast. It’s called An Oral History of The Office, episodes of which have been airing weekly every Tuesday.

In Episode 4 of an #oralhistoryoftheoffice – that launches today- we look at the crazy confluence of events that occurred which brought The Office from the brink of cancellation to the greatest night of our lives! @spotifypodcasts @PropagateCo pic.twitter.com/GhxIGw0UGo

‘It’s never going to be as good’

“I think that there is very clearly, from fans that I talk to … the words ‘comfort’ and ‘nostalgia’ come up a lot,” Baumgartner tells me. “To me, what’s fascinating is we haven’t shot the show in seven years. The last shot we did was seven years ago, on the finale, yet today — both anecdotally, i.e. me walking through an airport or grocery store — and in terms of real numbers, of streaming/downloads, it is by any metric the most-watched show in TV today. Including new shows. Today, it’s bigger than it ever was. And my approach on the podcast is to explore why that is.”

The 12-episode podcast is produced in partnership with Propagate, the entertainment production company from The Office executive producer Ben Silverman, and Spotify. In it, Baumgartner interviews former castmates like Steve Carell, as well as people behind the camera, to chronicle everything from Ricky Gervais and Stephen Merchant bringing their UK version of The Office to the US, to the search for a network home, casting, and memorable storylines and major moments.

Steve Carell: I remember before I auditioned, I was talking to Paul Rudd and I told him I was going to audition for the American version of The Office. And he said, oh, don’t do it. Bad, bad move, dude. I mean, it’s never going to be as good. Like what everybody was saying.

The first three episodes focused on the development and pitch process for The Office, as well as casting and the shooting of the pilot episode. Viewers will learn how Steve Carell almost lost the role of Michael Scott to Better Call Saul’s Bob Odenkirk and how casting director Allison Jones was specifically looking for unknown actors to fill the roles.

Brian Baumgartner: But why has it become such a phenomenon?

Jenna Fischer: I don’t know, some things just defy the boundaries of when they were made.

Rainn Wilson: There is something really soothing about showing up, hearing that theme song. You’re in that office with these characters that you love.

Brian Baumgartner: That’s why I started this podcast to answer this simple yet endlessly complex question. Why was this show able to capture people’s imagination, make them fall in love, break their hearts, make them laugh, and then want to watch it all over again.

It must also be pointed out that An Oral History of The Office is coming at an opportune moment, at a kind of renewed apex of Office fandom. Not only is this year the 15th anniversary of the show’s US debut, but other ex-Office stars are tapping into a similar vein of nostalgia, like Leslie David Baker (who played the surly, crossword puzzle-loving Stanley Hudson) who’s launched a Kickstarter for some kind of mystery spin-off project related to his character.

IRL best friends Jenna Fischer and Angela Kinsey (who played receptionist Pam Beesly and accountant Angela Martin, respectively) also have a podcast of their own, Office Ladies. And earlier this year, Jim Halpert actor John Krasinski launched a YouTube series called Some Good News which, as the name implies, was meant to focus on sharing positive stories designed to counterbalance the deluge of sad coronavirus-related news dominating the headlines.

I ask Baumgartner — who still plays fantasy football with Office co-stars Rainn Wilson and Krasinski — when he first realized that they were on to something with The Office, and that they were making something a bit out of the ordinary, something more than a sitcom.

The NBC show that was ‘doing something different’

“It’s a complex answer to a seemingly simple question. I will say, from the second episode we shot, Diversity Day, I remember specifically being very aware that what the show was doing was special and unique. And at that point, there were … you know … we were not on the air yet, but we knew it was gonna be a hard sell, right?”

He was referring to everything from the fact that the show had no laugh track, didn’t have a traditional-looking cast, boasted a lot of unknown actors, and a few other oddities for a comedy circa the early 2000s.

“So a lot of things were against us. But I specifically remember as we were shooting day after day, almost exclusively in the conference room, that if people gave the show a shot, we had the chance to be doing something special. You know, that episode (Diversity Day) focused on race. And what we were doing, what we were talking about, and the way we were talking about real issues, hopefully in a funny way, was something that really hadn’t been done since All In The Family.

“I felt like (The Office) was doing something different, and that certainly appealed to me.”

The podcast, he says, is meant to give people new context about the show from the people who made it. “We discuss this a lot during the podcast. There are a couple of episodes that happened during the course of Season 2 where — and part of the reason for the podcast is to give people some perspective, especially our younger fans now, some of whom don’t know that we ever existed before Netflix. But we were really almost canceled and given episodes in Season 2 by dribs and drabs.

“The fourth episode of the podcast is called A Million Things Have to Go Right. The Christmas episode of Season 2, which was a hugely ensemble episode … that was the first episode where we hit 10 million viewers. And then the video iPod came out, and we were streaming Number 1 there, and I think at that point we were all like, whoa, okay. Like, this thing is really taking off. It sort of culminated in Steve Carell winning the Golden Globe in January of that year, and then the end of Season 2 with us winning the Emmy and us realizing that we might be around for a while.”

Check out the first episode of An Oral History of The Office below: