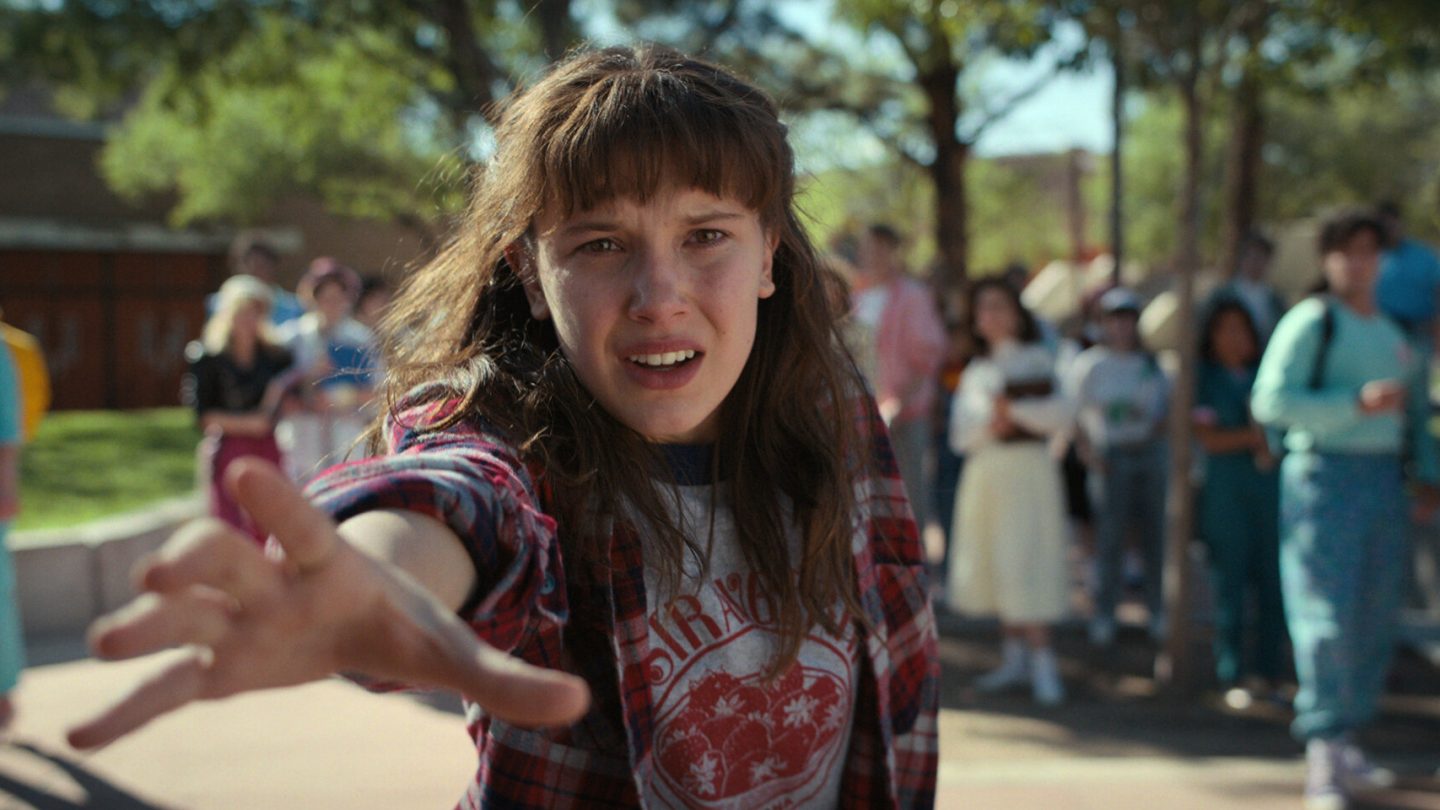 It should come as no surprise to anyone that the Netflix series Stranger Things — not just the newly released Season 4, Part 1, but each of the show’s previous seasons, as well — is utterly dominating the streamer’s weekly ranking of the top series around the world.

From May 30-June 5, Netflix’s latest data shows that subscribers watched a staggering 335 million hours of Stranger Things Season 4, which debuted on the service just a few days ago (on May 27). Indeed, the title has become perhaps the most breakout, service-defining hit for Netflix, with the newest batch of episodes garnering an unsurprisingly strong 91 percent score on Rotten Tomatoes (91 percent, that is, from both critics and audiences).

We know that 335 million number for Stranger Things, by the way, because Netflix disclosed it on Tuesday as part of its once-a-week release of the top movies and TV shows on the service. The chart data from Netflix always encompasses four lists, covering movies and TV shows in both English and non-English languages.

From one week to the next, it’s a fascinating glimpse at which Netflix series and movies are really hot on the service at any given moment around the world. From the latest data, for example, we learn tidbits like the following: The just-released Stranger Things Season 4, Part 1? It’s, in fact, the #3 most-watched season of English-language Netflix original TV ever (behind only Season 1-2 of Bridgerton, in the #1 and #2 spots).

First up, let’s look at the titles and hours viewed for the Top 10 English-language shows on Netflix (for the 7-day period that ended on June 5).

Now, the Top 10 non-English shows for the same 7-day period. The titles here are often some of Netflix’s biggest properties globally, especially when it comes to Spanish-language and Korean content, notwithstanding the absence of a non-English Stranger Things or its equivalent this week: