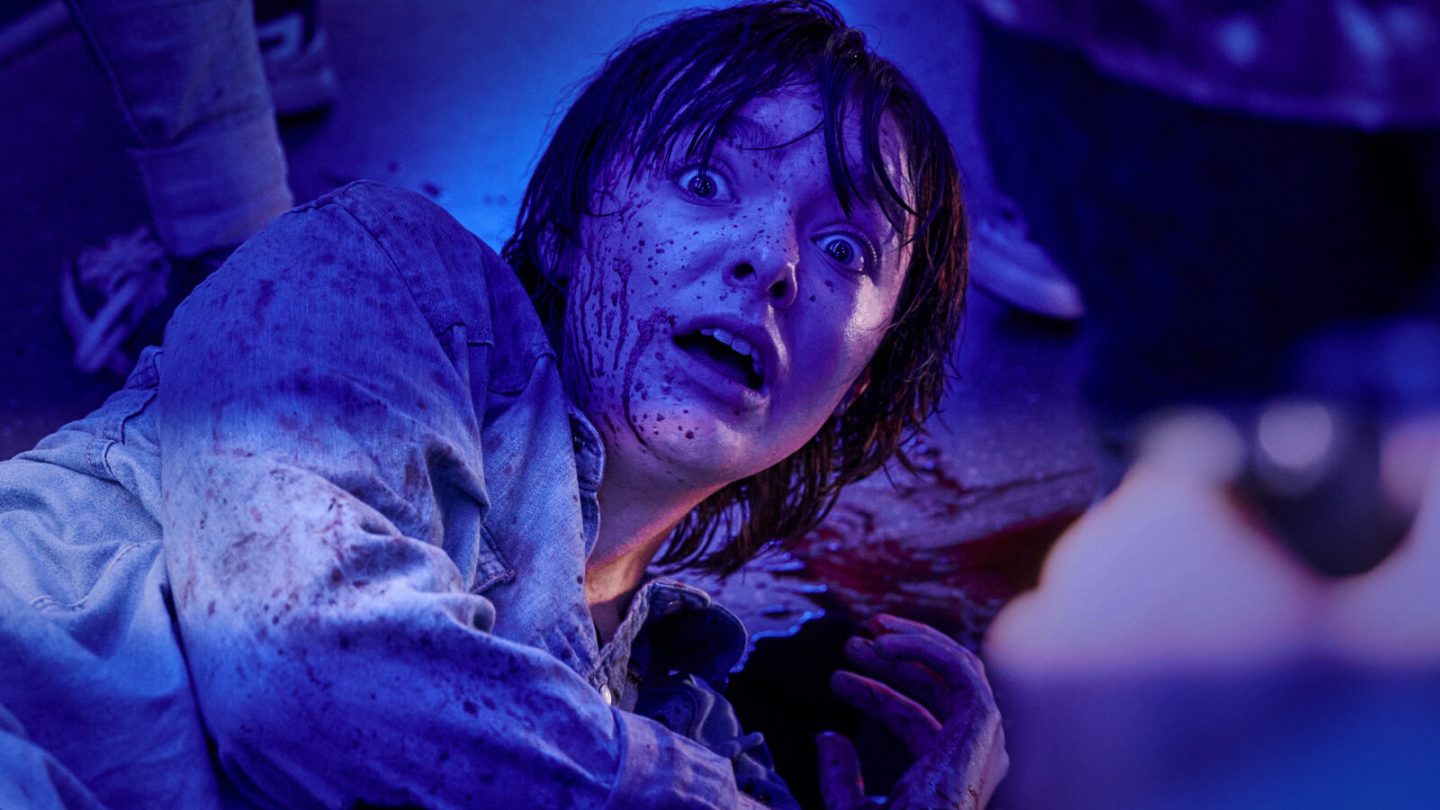 Netflix has for a while now seemed to have something of a Midas touch when it comes to new horror genre content. From movies like the Fear Street trilogy to such series as Midnight Mass, horror fans have had no shortage of popular new titles to binge on the platform. Unfortunately, that halo does not extend to one of the streamer’s newest titles in this category: The just-released Texas Chainsaw Massacre Netflix movie, which has gotten terrible reviews over the past couple of days.

Even though it also just so happens to be the #1 movie on Netflix in the US at the moment, following its release on the streamer on Friday, February 18.

As we detailed in our post leading into the weekend, here’s what you need to know about this sequel to the horror classic. “After nearly 50 years of hiding,” Netflix teases, “Leatherface returns to terrorize a group of idealistic young friends who accidentally disrupt his carefully shielded world in a remote Texas town.”

The friends are Melody (Sarah Yarkin), her teenage sister Lila (Elsie Fisher), and their friends Dante (Jacob Latimore) and Ruth (Nell Hudson). All of whom head to the remote Texas town of Harlow to launch a new business venture. But their dream soon turns into a waking nightmare, Netflix’s summary continues, when they accidentally disrupt the home of Leatherface.

He, of course, is the franchise’s deranged serial killer “whose blood-soaked legacy continues to haunt the area’s residents. Including Sally Hardesty (Olwen Fouéré), the sole survivor of his infamous 1973 massacre who’s hell-bent on seeking revenge.”

As we said from the outset, the new film’s reviews have not been kind so far. And that includes reviews from both critics and viewers.

As of the time of this writing? Netflix’s addition to the Texas Chainsaw Massacre franchise has scored an abysmal 29 percent critics’ score on Rotten Tomatoes. That’s based on 93 reviews, like this one from Entertainment Weekly. “A remake could have been fun if it had been made with vision,” it reads, “or at least an appreciation of the original. If that’s grade-A beef, call this one a rancid veggie burger.”

The Rotten Tomatoes score from fans, meanwhile, isn’t much better. There, the figure is a still-pretty bad 36 percent, based on more than 500 user ratings.

Some of the bad reviews from viewers include the following: