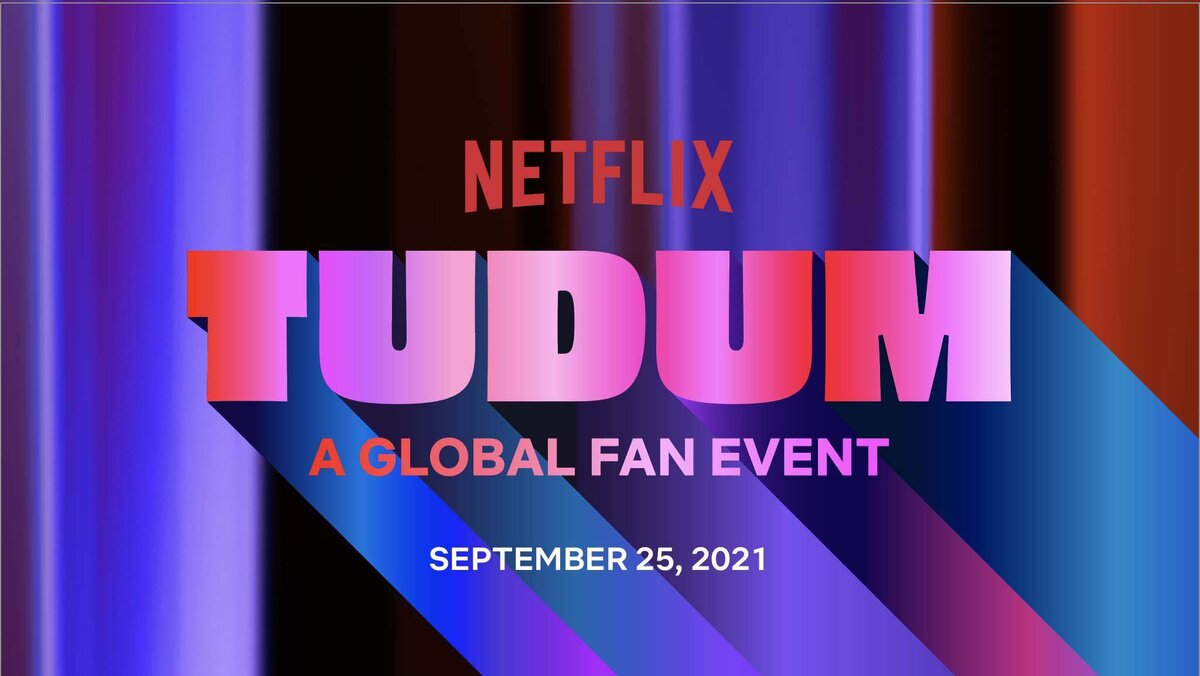 This weekend, Netflix is holding a huge Comic Con-like virtual extravaganza called TUDUM that will be like no other event the streamer has ever produced. It will be a virtual celebration of all things Netflix — with a slew of news and fresh content for fans from across the world to enjoy. We’re talking exclusive new trailers, clips, and announcements that span more than 100 series, films, and specials, all coming soon to Netflix.

Hosting this sprawling look at all of your favorite content from the streamer will be more than 145 Netflix stars, for what will be the first-ever “TUDUM: A Netflix Global Fan Event.” The event is set to kick off Saturday at 9:00 am PST and broadcast across Netflix’s YouTube channels globally, in addition to the streamer’s presence on Twitter, Twitch, and Facebook. We teased a bit about the event already here, but first things first — what the heck is up with that name, right?

It’s actually the perfect moniker for this first iteration of the event. “TU-DUM” is the sound that you hear every time you start a new TV show or movie on Netflix.

There will be an insanely huge pile of pop culture and entertainment news coming out of this three-hour event, which promises news and fresh footage about everything from The Crown to Stranger Things Season 4 and so much more. Below, we’ve detailed what Netflix says is scheduled to occur during each hour of the event on Saturday.