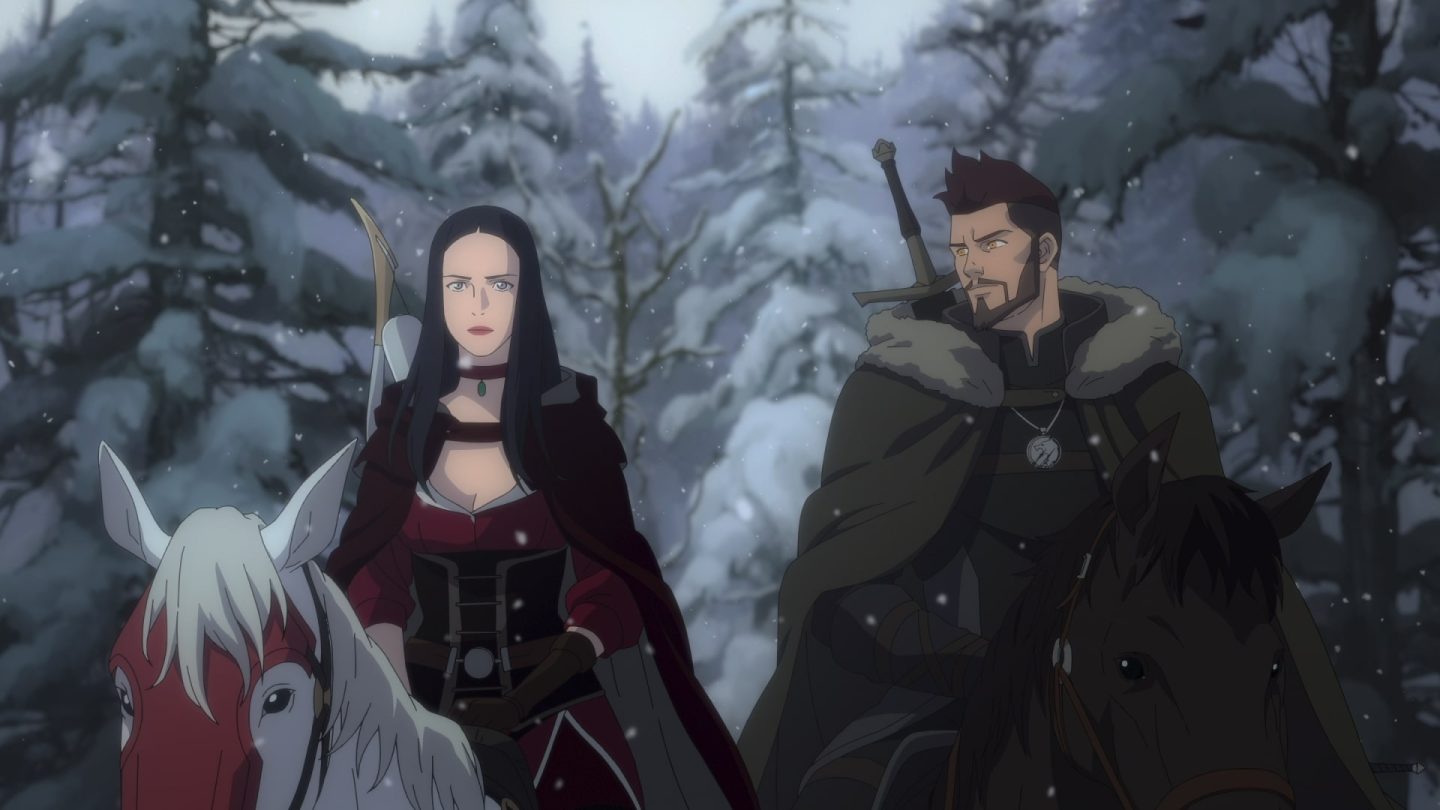 In Netflix’s newly released anime spinoff of its popular The Witcher series — titled The Witcher: Nightmare of the Wolf — the narrative universe that heretofore kept Geralt of Rivia as its narrative center expands considerably.

In this new 1-hour, 23-minute animated Netflix feature film from director Kwang Il Han, with a screenplay by Beau DeMayo, viewers are treated to the story of a new swashbuckling hero — Geralt’s mentor, Vesemir. A cocky young Witcher who takes immense delight in slaying monsters for coin. On the one hand, it’s a life that helped him escape poverty. But he quickly finds out that some callings are more important than just money. Especially when a strange new monster unleashes holy hell on “The Continent’s” politically fraught kingdom.

The Witcher: Nightmare of the Wolf – now streaming on Netflix

“When I read the original novel, I was amazed by the detailed descriptions of the backgrounds and the world,” Han said, in press material from Netflix. “I could almost picture the scenery vividly in my head … The novel really takes you on a journey through different parts of nature. You pass the plains from behind, go through a river and a range of mountains, to get to the hidden place that is Kaer Morhen. So I tried to capture those rich geographical elements in The Witcher anime as well.

“The concept of the Kaer Morhen is that it used to be the ancient elves’ academy. Restructured by the humans. I am very excited to show you how we translated the rich descriptions of the novel into the animation world.”

In terms of the response thus far, it’s been pretty stellar. From both critics and fans. On the review aggregation site Rotten Tomatoes, for example, the movie currently has a perfect 100% score (based on 15 critics’ reviews). Based on more than 100 user ratings thus far, meanwhile, the movie has a very strong 90% audience rating.

Destiny is calling. Nightmare of the Wolf is now streaming worldwide on @netflix 🐺⚔️ pic.twitter.com/WA6idPbExg

Here are some of the key figures to know in The Witcher: Nightmare of the Wolf, which opens up The Witcher’s world to encompass a lot more than what people have seen thus far in the original Netflix series.