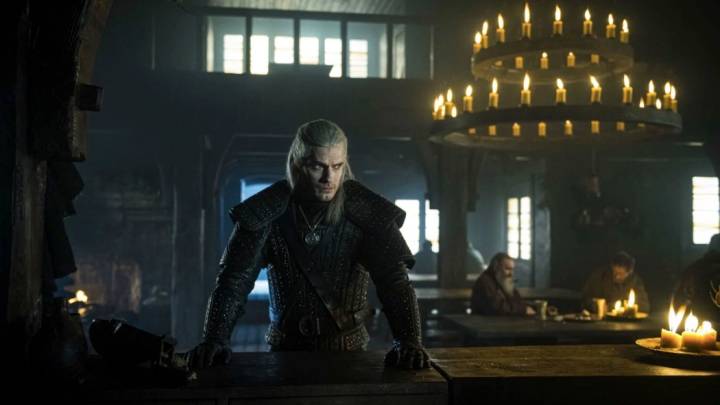 “Toss a coin to your Witcher / O’ Valley of Plenty”

Netflix’s answer to Game of Thrones is finally here, and now that I’ve screened most of the first season of The Witcher (the full eight episodes of which are now streaming) I want to get one thing out of the way right off the bat. HBO needs to lock its writers in a room and force them to sit down and binge this show before they even think about subjecting us to the forthcoming Game of Thrones prequel. Moreover, if they know what’s good for them, they’ll also open the network’s checkbook and pay Witcher showrunner Lauren Schmidt Hissrich any amount of money required to convince her to switch teams. Because it’s clear she is the showrunner that Thrones needed, and her new hotly-anticipated show feels much closer to the series that so many people wanted Thrones to be.

Netflix made the first five episodes of The Witcher available for us to review, and I already find it pretty enjoyable — much more than I ever enjoyed the show that every piece of writing will compare this new series against. With Game of Thrones, my usual emotions ranged from shock to surprise to revulsion (at the goriest bits), while I was also at times absorbed by the occasional epic moments and angry when the writers tried to put lipstick on that fat, muddy pig of a final season. A wide variety of emotions, but not a lot of straight-up “enjoyment” happening there.

Which brings us to this new series, based on the series of The Witcher fantasy novels and short stories from Polish author Andrzej Sapkowski. As I see it, it will be pretty easy for fans to find something to enjoy here for reasons that include the following:

For one thing, the pacing. There’s an easy-to-follow, mostly tight narrative. You aren’t jumping around every five minutes to catch up with 100 characters in this show. There’s a core trio here to know: Geralt of Rivia, the white-haired monster hunter-for-hire. Beautiful sorceress Yennefer of Vengerberg, an extremely powerful mage who’s still learning the full extent of her power. And Ciri, the princess of Cintra, who is both royal and has magical powers of her own.

Writing the story of those three characters as a kind of family of sorts who are brought together by happenstance is one thing that attracted Hissrich (who’s also worked on high-profile shows like The West Wing, Daredevil and The Umbrella Academy) to The Witcher. “To me, the idea of writing a story about a broken family, an adopted family that doesn’t necessarily want to be together but are compelled to be together and have to learn what life means with each other in it — that excited me greatly,” she told me when I interviewed her recently. “So from there, I looked at this world and said, great. I can write that story. I can write the story of a broken family, and then I can hire really brilliant writers who have more experience than I do with monsters and magic. Then, I feel like I can do this show justice.”

Speaking of monsters and magic, this is a fantasy franchise, so all the important boxes are checked here. Viewers will be treated to all kinds of magical creatures both harmless and evil; swordfights and all-out battles, often with a Thrones-like degree of shocking brutality and violence; the intricacies of politics in this land, called The Continent; mages vying to control the world; romance (and, speaking of that, an abundance of scenes depicting female anatomy — again, a la Thrones); comic relief, in the form of a bard who sings the quasi-theme song we quoted at the top of this review; a narrative that walks the fantasy line but not stuffily so; and a pretty easy to follow good-vs-evil dynamic at the core of the series.

Yennefer and Ciri are both presented as strong female characters, who thankfully don’t need to undergo the kinds of torment that Thrones seemed to relish putting its female characters through. “One of the biggest storytelling shifts that I made was — we actually meet Yennefer and Ciri before they meet Geralt,” Hissrich told me. “In the books, Geralt is our lens through which all the rest of the world is filtered. So, you’re on Geralt’s journey and Yennefer sort of comes in from the side.

“To me, I wanted to know who she was before she met Geralt. And there’s a lot of things in the books that alluded to this. We culled together a lot of those instances in the books, and then we made that story present-day.”

Meanwhile, Henry Cavill’s portrayal of Geralt impressed me in a way that rather surprised me. He’s a solid enough actor, but his earlier appearances in feature films like Man of Steel were … I mean, they were fine, but I never forget I was looking at Henry Cavill playing something. However, in my opinion, he does an admirable job disappearing into the role of a mutant monster hunter here, conveying an intriguing mix of humanity, weariness, strength, a little bit of good humor, and when it’s called for, menace thanks to his ever-present blade.

In the opening moments of the series, we’re introduced to him as he bursts forth from underwater, trying to kill a huge spider-looking monster whose deadly, sharp tentacles are flailing around. Geralt finally kills it. Drenched, he walks back onto land — up to a shivering deer, which is bloody and missing a leg that had been chopped off by one of the monster’s flailing limbs. “Today isn’t your day, is it?” he says to the wounded little guy, before trudging off to a tavern.

Before pressing play and giving this new Netflix property a try, it might be worth it to listen to Cavill sum the whole series up in this 60-second clip:

ALERT: here is everything you need to know about The Witcher in 60 seconds. It comes out at midnight PST so…please prepare accordingly pic.twitter.com/S41sydxA3T

Netflix is so excited about the show, the streamer has already ordered up a second season. I, for one, can’t say I blame them.