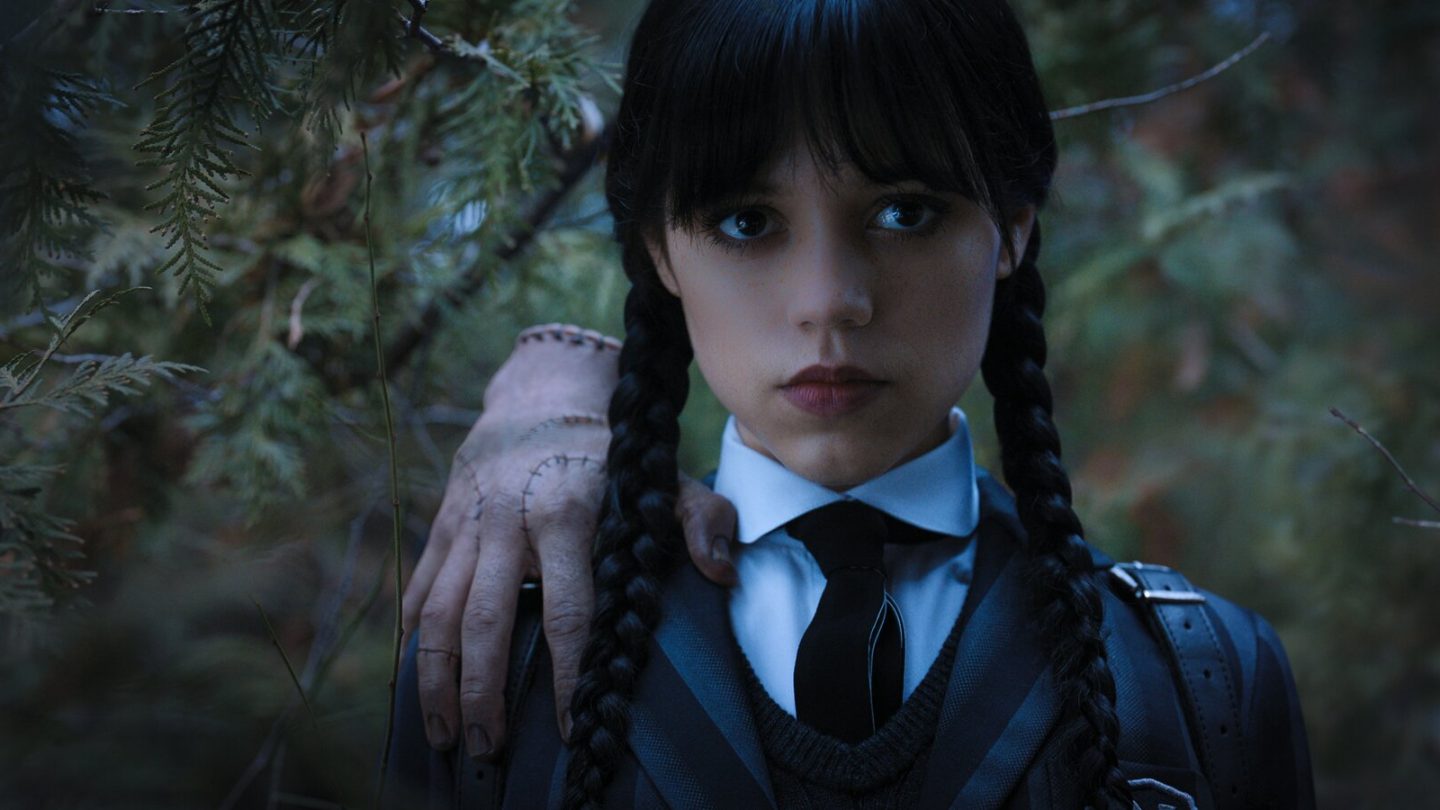 The Thanksgiving holiday is fast approaching, which means get-togethers with family, lots of food — and plenty of free time that, if you’re like me, you’ll spend a good chunk of in front of a screen to enjoy a streaming service like Netflix. And the world’s biggest streaming platform, no surprise, will have you covered there, with plenty of new releases to check out while you’re off work — four of which we’ll spotlight in our latest curated weekend roundup below.

First up — It’s currently the biggest Netflix show in the world right now, but if The Crown is too stiff upper lip for you? Well, you can always try something lighter and sexier, like the 3-episode series Blood, Sex & Royalty (coming on November 23).

This modern take on the British royal drama is, per the streamer, a window into the steamy and intrigue-filled lives of some of history’s most memorable monarchs.

From Netflix’s logline: “In the 16th century, Anne Boleyn navigates treacherous sexual politics and rises to become Queen of England. She forges history as she reshapes King Henry VIII’s worldview, but she’s expected to give birth to a male heir and makes powerful enemies along the way.”

Moving right along, the trailer alone for this next Netflix release utterly wrecked me — and you can probably understand why from the following summary of the story. Basically, this movie (coming to Netflix on November 23) is based on a true story and follows two sisters on their harrowing journey as refugees from war-torn Syria to the 2016 Olympics in Rio.

When we meet the Mardini sisters, they’re living a somewhat normal life in Syria — before the civil war broke out there, that is.

We showed Yusra Mardini the trailer for The Swimmers, a film based on her inspiring life story.

This was her reaction: pic.twitter.com/6gnajAIWx0

They’re swimming competitively under the instruction of their father, who’s a swim coach. Four years later, their house is obliterated and the girls have a near-miss with a bomb. So begins their plan to escape.

“The Swimmers is a film about female emancipation that shows how inner strength rises out of suffering,” director Sally El Hosaini explains in a statement provided by Netflix. “It explores the power of ambition and freedom.

“Female ambition is so often a dirty word, but I wanted to celebrate it. I saw an opportunity to make complex heroes out of the type of modern, liberal Arab women who exist, but rarely appear on our screens. The type of Arab women I know, who Yusra and Sara are, who I am. That’s why this story resonated so deeply with me.”

Also coming on November 23, meanwhile, is the new Netflix series Wednesday, in which Jenna Ortega and the rest of the cast will attempt to build upon the existing Addams Family franchise — while also bringing it into a new era, and in a new format.

Ortega stars as Wednesday Addams, the solemn, pale, and death-obsessed only daughter of the fictional family, in a series that’s all about her time as a student at Nevermore Academy. Fittingly, by the way, it debuts on Netflix on a Wednesday.

“When we first heard Al Gough and Miles Millar’s pitch for Wednesday we were struck, like an arrow from a crossbow, right in our hearts,” Netflix executive Teddy Biaselli explains in press material for the new release. “They nailed the tone, the spirit, and the characters, but gave us a fresh way into this story.”

Continuing, Biaselli adds: “Wednesday’s attempts to master her emerging psychic ability, thwart a monstrous killing spree that has terrorized the local town, and solve the supernatural mystery that embroiled her parents 25 years ago – all while navigating her new and very tangled relationships of the strange and diverse student body.”

One more Netflix release to check out

Finally, we come to a dark documentary film Netflix is releasing the day after Thanksgiving (on November 25), diving into the messy, sordid events surrounding Jeffrey Epstein’s accomplice, Ghislaine Maxwell.

“Ghislaine Maxwell: Filthy Rich goes beyond the headlines of the Ghislaine Maxwell case to tell the definitive story of Epstein’s mysterious accomplice, illuminating how her class and privilege concealed her predatory nature.”

This film is a follow-up to 2020’s four-part Jeffrey Epstein: Filthy Rich, and one of a slew of streaming projects revisiting Maxwell’s actions in the service of the predator who died in prison in 2019. Based on the trailer, Netflix’s new release that’s focused on the disgraced socialite will include interviews with police, lawyers, and victims of Epstein. About Maxwell, specifically, Judge Alison Nathan has described the Epstein associate currently serving her prison sentence as “heinous and predatory“

More Netflix news: Enola Holmes 2 and the rest of the biggest Netflix movies in the world this week