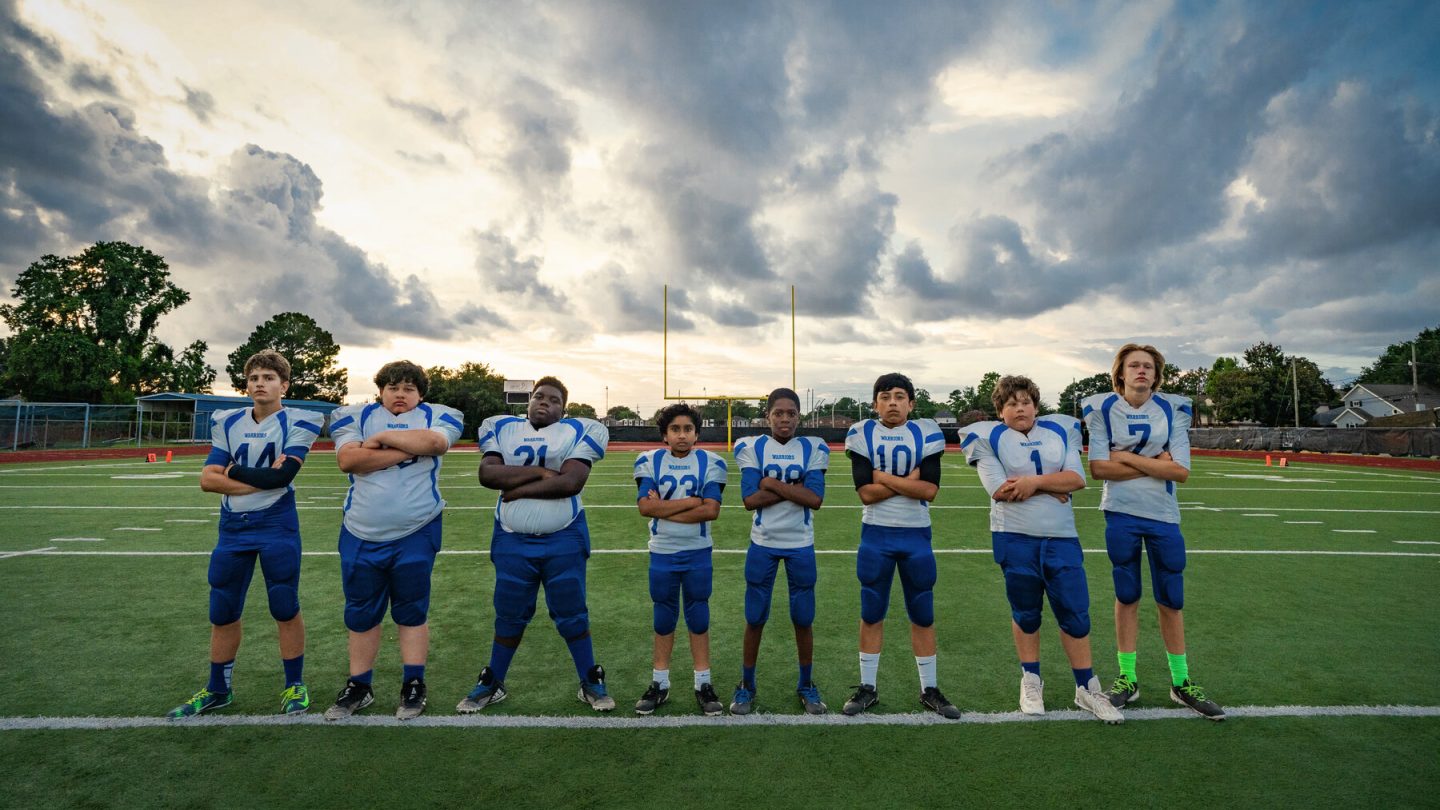 Well congratulations, Netflix subscribers. You did it. You turned the King of Queens himself into a Netflix star, since enough of you apparently clicked on James’ new Netflix original movie Home Team to push it to #1 on the service in the US. I hope you’re happy with yourselves.

In all seriousness, this newly released 90-minute movie — the producers for which included Adam Sandler — debuted on Netflix on Friday. Which is to say, James’ turn here as NFL coach Sean Payton wasted no time in rocketing up the Netflix charts. As of mid-day Tuesday, the film was the #1 movie in the US on Netflix, and #5 on the combined TV-and-movie chart in the US. The plot? “Two years after a Super Bowl win when NFL head coach Sean Payton is suspended,” Netflix summarizes, “he goes back to his hometown and finds himself reconnecting with his 12 year old son by coaching his Pop Warner football team.”

Life doesn’t have a playbook. 🏈

Kevin James and Taylor Lautner take the field in HOME TEAM, a lighthearted comedy about football, fatherhood, and friendship. Now on Netflix. pic.twitter.com/pXnAdZrFS0

Being the #1 movie on Netflix, however, is not to suggest that success is tantamount to appreciation. Right now, for examples, critics have pretty roundly eviscerated this title that The New York Times disparaged as “fumblecore.”

Over at Rotten Tomatoes, the movie also has an abysmal 25% critics score at the moment. With reviewers like this one from Variety lamenting Home Team as “a film that mostly plays as a checklist of scenes and tropes required from a Sandler-backed sports comedy, from half-hearted background pratfalls to extraneous comic-relief sideshows.”

This is definitely mindless, family-friendly entertainment — emphasis on the mindless. It’s the kind of movie that gives you on-screen gags like a football team being so bad, the kicker sends one particularly bad kick sailing right into the posterior of one of the players. Who proceeds to collapse and yell “Ahh, my butthole!”

Different strokes for different folks, I guess. If, however, you’re not much of a fan of the star of such classic comedies as Paul Blart: Mall Cop? Well, below you’ll find a rundown of the other movies that are most popular on Netflix in the US at the moment.

Inaddition to James’ Home Team in the #1 spot, you’ll also find links to each film’s Netflix landing page. As well as our recent coverage of some of these titles. Note: The ranking here is distinct from the other Top 10 listings you’ll find at Netflix.com as well as on the streamer’s mobile apps — which inclues Top 10 lists for TV shows in the US. As well as a combined TV show and movie Top 10 list for the US.

Without further ado, on to the most-watched movies at the moment: