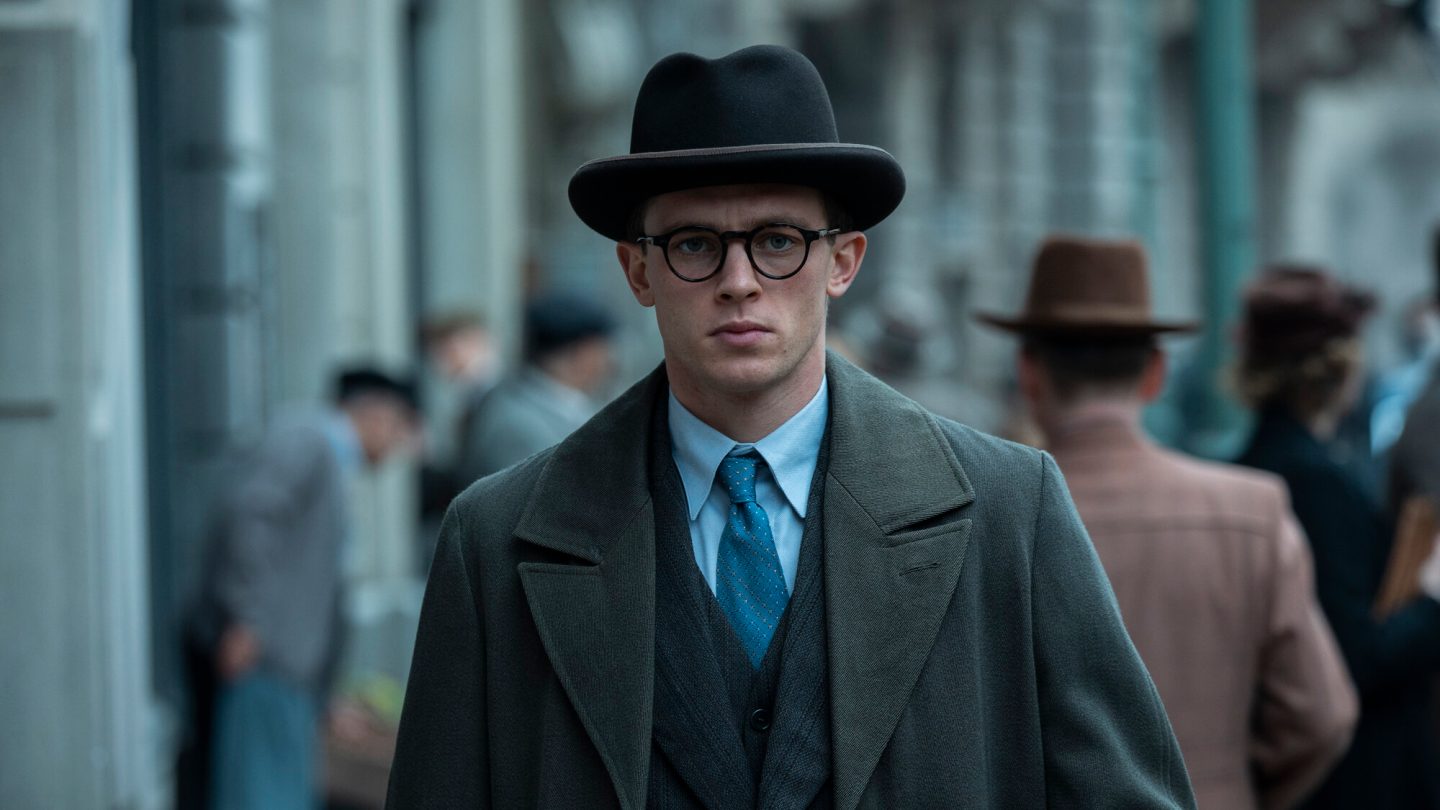 The 1938 Munich conference was a sort of last-ditch effort among the major powers of pre-WWII Europe to avert a full-blown conflict across the continent, the details of which were fictionalized in Robert Harris’ internationally bestselling 2017 novel Munich. Netflix has just released an adaptation of that novel, packed with sumptuous visuals and a stellar cast including Jeremy Irons as Winston Churchill’s predecessor, Neville Chamberlain. But while Munich — The Edge of War tells a very specific story about escalation toward one military conflict? The movie’s debut, coincidentally, also comes at another precarious moment on the European continent.

Munich only just debuted on the streaming service on Friday, January 21, and it’s already one of the most-watched on the platform right now. It’s the #5 Netflix movie in the US as of the time of this writing. It’s also, perhaps, just as noteworthy to acknowledge the backdrop against which this movie has been released. Once again, Western powers are racing to, probably in vain once again, counter the martial ambitions of another European dictator. This time, it’s Russia’s Vladimir Putin, who has now reportedly sent 127,000 troops to the Ukraine border. Eighty-four years on from the events depicted in Munich, the more things change, the more they stay the same.

Munich — The Edge of War

It must be said, meanwhile, that one of the factors arguably working against a movie like Munich is that, unfortunately, we already know how this story turns out. That deflates the high-stakes tension a bit, as stern politicians in oak-paneled rooms ponder how to achieve peace in light of the whole “What will Hitler do?” angle. That doesn’t make the movie any less fascinating to watch, however. Jeremy Irons gives an especially textured performance as Chamberlain. Who, of course, was the British prime minister whose pursuit of peace with Hitler created the vacuum that a cigar-chomping Churchill eventually stepped into.

“It is Autumn 1938, and Europe stands on the brink of war,” Netflix’s press material for Munich explains. “Adolf Hitler is preparing to invade Czechoslovakia and Neville Chamberlain’s government desperately seeks a peaceful solution.

“With the pressure building, Hugh Legat, British civil servant, and Paul von Hartmann, German diplomat, travel to Munich for the emergency Conference. As negotiations begin, the two old friends find themselves at the center of a web of political subterfuge and very real danger.”

Should you stream it?

I read the novel before streaming the Netflix movie this weekend, so I’ve now consumed this story across two formats. In my opinion, this is a richly drawn character study of the functionaries who worked behind the scenes as their bosses either tried to avoid war. Or pull their country headlong into it. You feel the tension in tasking someone with manning an open phone line to Berlin around the clock (just in case). The way some Germans talked among themselves, in a hushed and nervous whisper, about anti-Hitler schemes. The way others race to hand-deliver a note to a foreign embassy.

Throughout this story, Harris imbues fictional men and women with the thoughts and conversations that must have consumed them after Hilter came to power. And as many of them slowly woke up to what that meant. “Everyone said — by everyone, I mean people like me — we all said, ‘Oh, he’s a terrible fellow, Hitler, but he’s not necessarily all bad,” one of the characters in the Munich novel laments. “Look at his achievements. Put aside this awful medieval anti-Jew stuff. It will pass.’ But the point is, it won’t pass. You can’t isolate it from the rest. It’s there in the mix.